Fed up Louvre staff strikes over roving bands of pickpockets 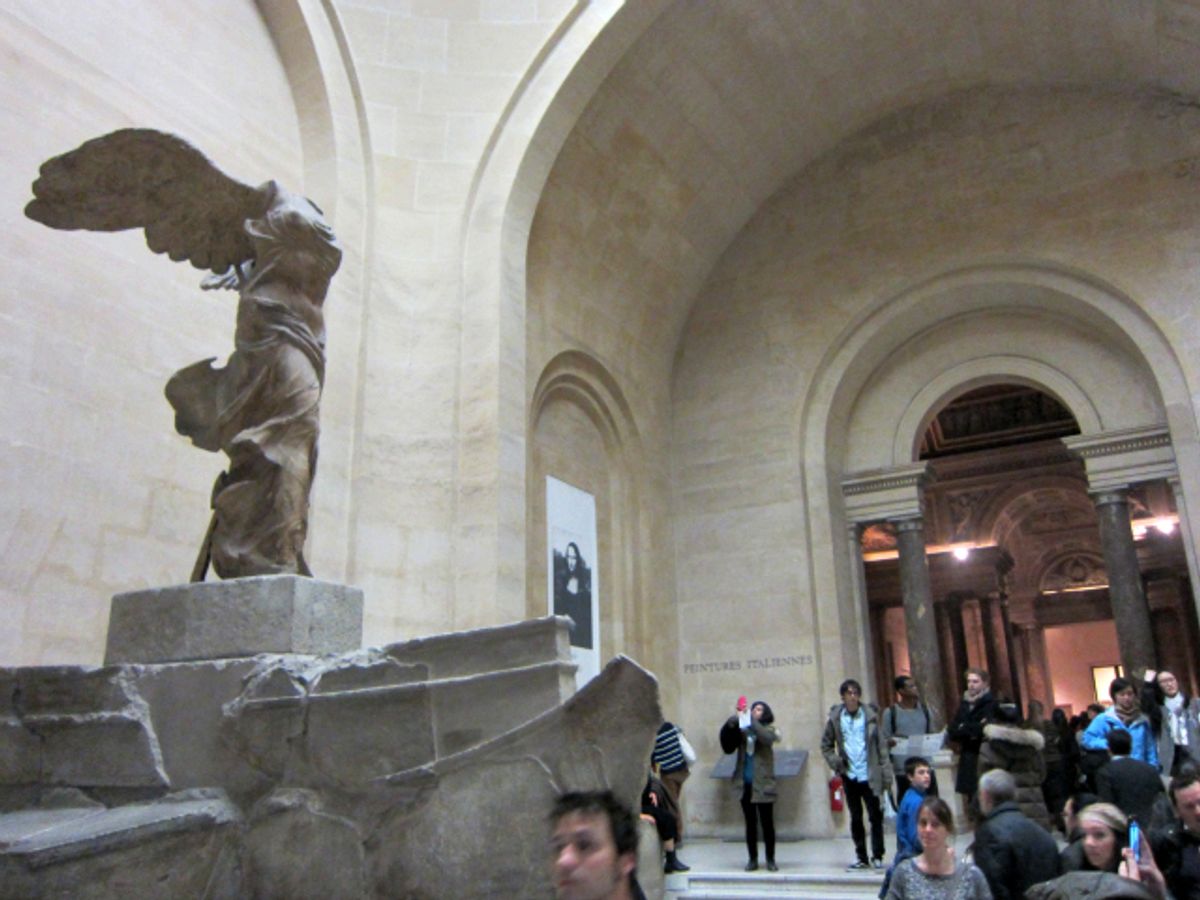 Tens of thousands of the visitors who mob the Louvre each day drawn by those sirens the slightly smiling Mona Lisa, the amputated beauty the Venus de Milo, and the windswept Winged Victory of Samothrace had their hopes dashed like ships against the rocks by a staff strike in response to pickpocketing. Adding to France’s storied history of disruptive strikes of questionable impact, the Paris museum was shut down Wednesday with a 200 member staff walkout, the AFP reports. Reportedly, there have been roving bands of pickpockets of up to 30 members strong, swaggering through the stately galleries, infiltrating the crowds that stop to balk at the priceless works of art, twirling mustaches no doubt as they eye the hapless tourists taking photos with iPads or rummaging through their purses jumbled with passports and multiple types of currency. These gangs even sometimes include children (taking advantage of the museum’s free admission for the young, like sly Oliver Twists).

Vulnerable tourist mob at the Mona Lisa in the Louvre

Pickpocketing is way more common in France than the United States. It’s a common menace at many of the major tourist sites in Paris, and the pickpocketing at the world’s busiest museum is nothing new (one intrepid pickpocket attempted to steal from my mom’s backpack in the Louvre back in 2001, only to find nothing but a broken umbrella clatter to the floor). However, the pickpocketing has become more rampant and hawkish. The staff at the Louvre have reportedly been spit at, threatened, and hit by the pickpocket gangs and the strike is a way for them to try to bring attention to their plight and get more of a police presence in the galleries. One representative emphasized the villainy to the New York Times: “They threaten guards by telling them that they know where they live.”

As to how to avoid becoming a pickpocketing victim while you try to lock eyes with the enigmatic “Mona Lisa”? This schoolteacher whose class was shut out from the Louvre told the AP that her students have found safety in being more aloof and, well, perhaps a bit more French: ”On the metro they no longer speak English, they don’t stand together, they’re snobs.”