City councilman Daniel Halloran, arrested on bribery charges, reportedly had an affair with a 21-year-old staffer 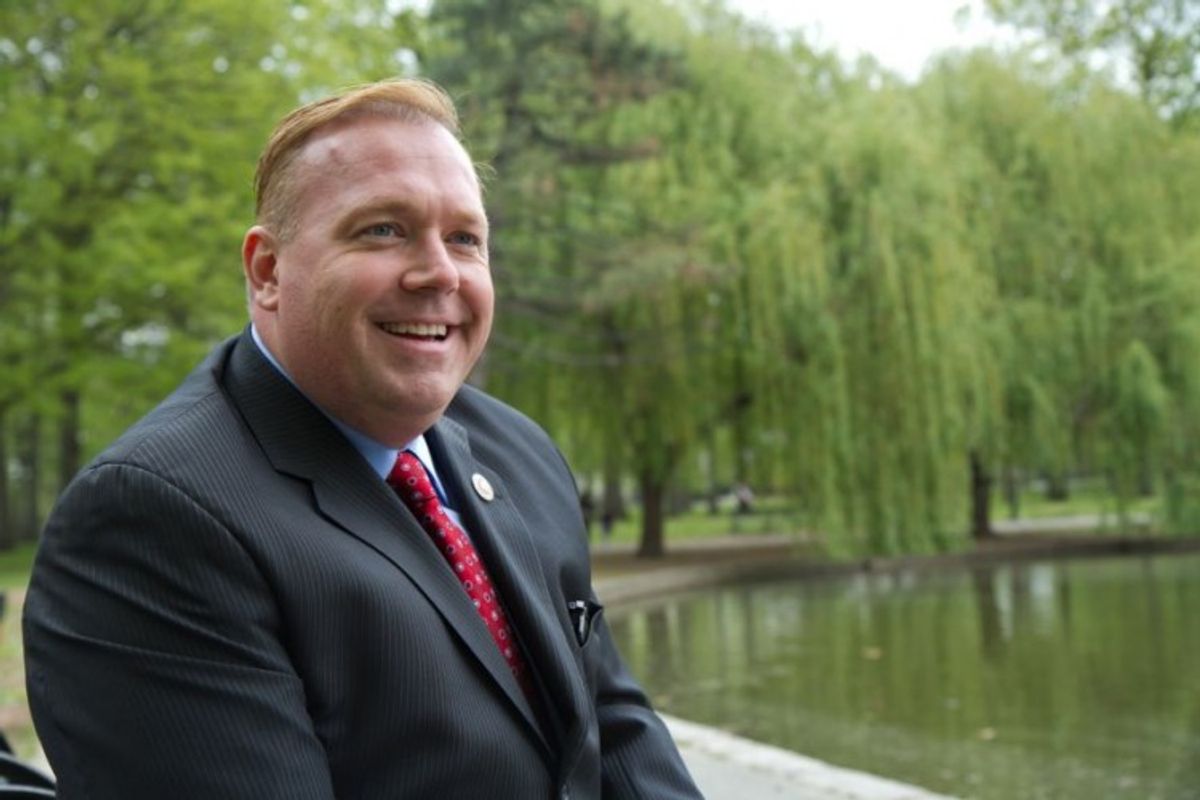 Queens City Councilman Daniel Halloran, arrested just last week over an alleged plot to rig the New York City mayoral race, also reportedly had an affair with his 21-year-old staffer, according to the New York Post.

Dan Halloran, 41 — who is charged in a bribe scheme to get state Sen. [Malcolm] Smith into the mayoral race — repeatedly hooked up with Meaghan Mapes, then 21, in her Queens home between 2010 and 2011, sources said.

She served as his deputy chief of staff during that same period, earning $30,000.

The relationship was the final straw for Halloran’s wife, Cynthia, and the two were locked in divorce proceedings by early 2011.

This followed bizarre revelations that Halloran "has also caused trouble while practicing Theodism, the Germanic neo-heathenist religion the former Catholic joined in the eighties," Caroline Bankoff of Daily Intel wrote last week. One member of Halloran's co-Theodists described to the Post that Halloran had "committed an undisclosed act against a female 'thrall' — or probationary servant. He was stripped to his waist, strapped to a tree and flogged with a belt 11 times."

Halloran and State Sen. Malcolm Smith, a Democrat from Queens, were charged with allegedly trying to bribe other Republican officials to get Smith's name on the ballot. Halloran was also independently charged for allegedly taking bribes in exchange for giving a consultant $80,000 in City Council discretionary funding.