Conservative columnist jokes about killing all the Muslims

He was being sarcastic, but still said "Islamist apologist sphincters" didn't get it 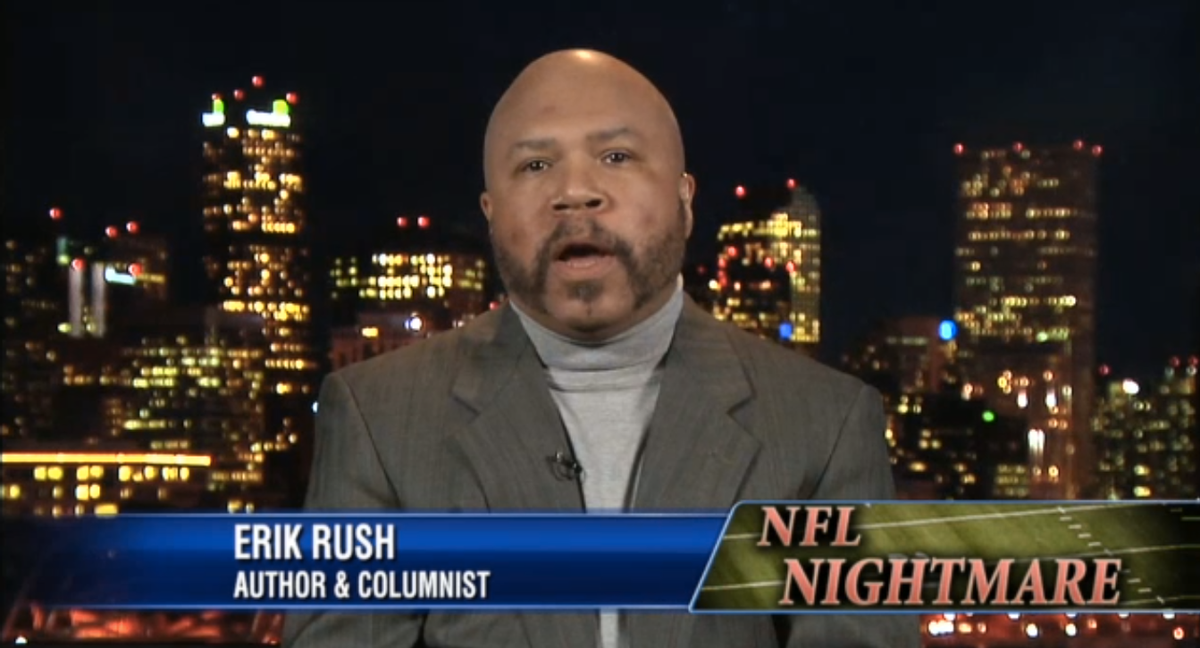 Going beyond even Pamela Geller, occasional Fox News guest Erik Rush responded to the Boston Marathon bombing today by suggesting that we round up Saudis and then kill them -- but don't worry, he was mostly joking.

Latching onto a thinly sourced New York Post report that police have detained a Saudi national (the city's police commissioner later said that they have no suspects in the bombing yet), Rush tweeted, "Everybody do the National Security Ankle Grab! Let's bring more Saudis in without screening them! C'mon! #bostonmarathon." The columnist, who boasts on his Twitter bio that he "was the first to break the story of Barack Obama's ties to militant preacher Rev. Jeremiah Wright on a national level," followed up with a response to someone asking if he was blaming Muslims: "Yes, they're evil. Kill them all."

Rush appears to have deleted the tweet, but Right Wing Watch screen grabbed it: "Astounding, the number of fools who've been brainwashed into standing up for our sworn (by them) enemies. Absolutely astounding," he wrote. Later, he explained it was all an ingenious experiment:

Hypothesis proven: Libs responding to "kill them all" sarcasm neglect fact that their precious Islamists say the same about us EVERY DAY.

UPDATE: An earlier version of this story referred to Rush as a “regular” on  Fox News, but the network tells us that he is not a paid contributor nor a regular and is only a guest.