If it's not libelous to say that someone's gay, why bother respecting the closet? That's Media Take Out's argument 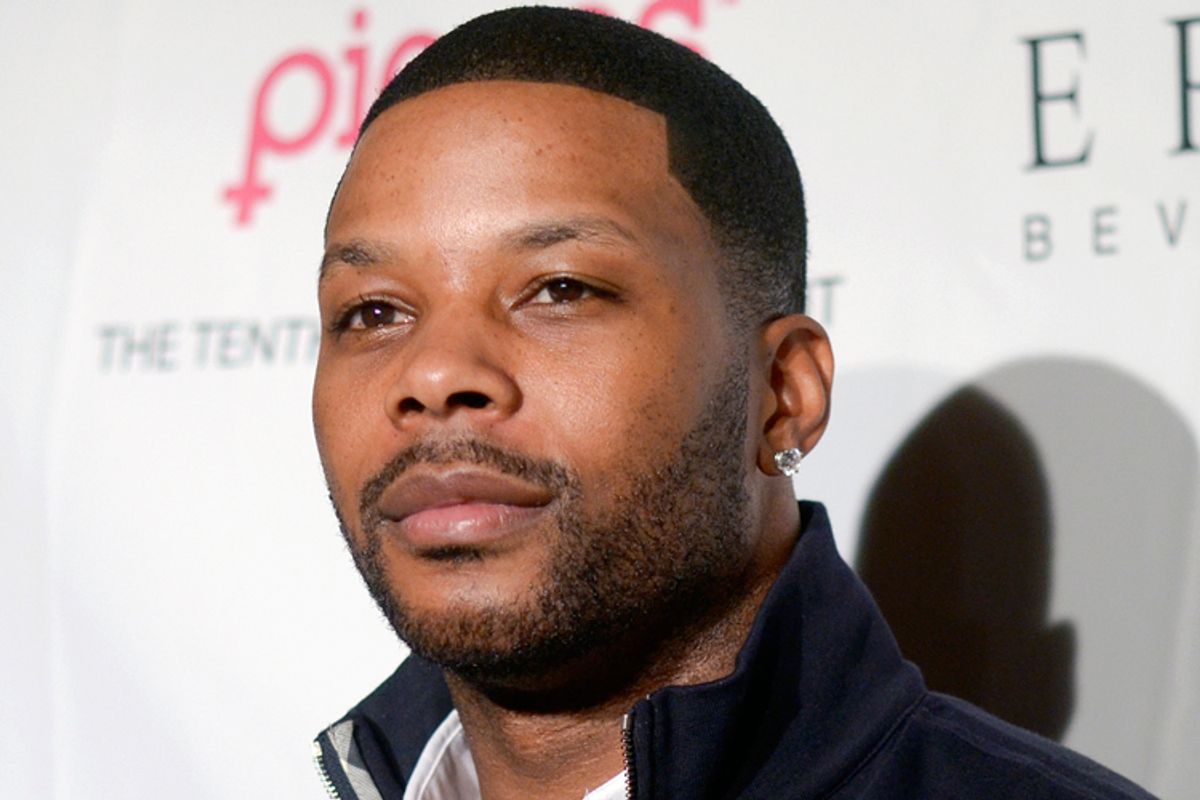 The urban news site Media Take Out has been covering the vacations of NFL player Kerry Rhodes, with a post today provocatively titled "We've Got MORE Pics Of NFL Star Kerry Rhodes . . . And THIS TIME . . . He's KISSING HIS 'MALE FRIEND.'"

There's little of news value in the post -- it's just paparazzi-style photography without context aside from captions like "Here's Kerry's former 'assistant' Hollywood. He's proudly and openly gay ...." [sic]

And yet the photo spread comes with a lengthy disclaimer, reading in part:

But we are also a NEWS organization. Every day we, and other entertainment news organizations, report on the dating and personal lives of heterosexual celebrities. Sometimes those same heterosexual celebrities would rather that we DIDN'T report on their personal lives. But that is what entertainment news reporting is all about.

There is ABSOLUTELY NOTHING SHAMEFUL about being LGBT. It's not an "insult" to speculate whether a person is engaged in a homosexual relationship. For years, news organizations would PRETEND that homosexual relationships did NOT EXIST amongst celebrities. They pretended that there were NO professional athletes who were gay. They pretended that NO entertainers could POSSIBLY be gay. And those same organizations, by NEGLECTING TO REPORT THE TRUTH, helped to promote homophobia throughout society.

The idea that, as we live in a more equitable society, there is no reason for a media organization to conceal a public figure's sexuality is a commonly held one. As the editor of the Washington Blade told me last year: "We should report it. What you do behind closed doors is private. The fact of being gay is not a private fact. Being straight is not a private fact."

And yet Media Take Out is trying to have it both ways, with a winking, salacious post that does little to fight homophobia in our society; the photos do not prove Rhodes is gay, but are used to convey the idea that any man who spends time with a "proudly and openly gay" man must be gay himself.

Rhodes is at a professionally vulnerable moment, having been cut from the Arizona Cardinals a few weeks ago. Rhodes denies being gay, though the sports media world is abuzz over persistent rumors that a gay NFL star -- or four! -- is to come outvery soon. The post, which proves nothing, generates more heat than light, contrary to its lengthy editors' note, and might in fact discourage gay players from coming out. As a characteristic comment reads: "These sausage smuggling dudes are really ,making us REAL brothers look BAD!! I remember when professional athletes were MANLY role models! I'm glad I grew up in that era, because these dudes are seriously LAME!