New gun control ad: Which of these is more dangerous for kids?

A new campaign compares assault weapons to items that are actually banned: Like chocolate eggs and dodgeballs 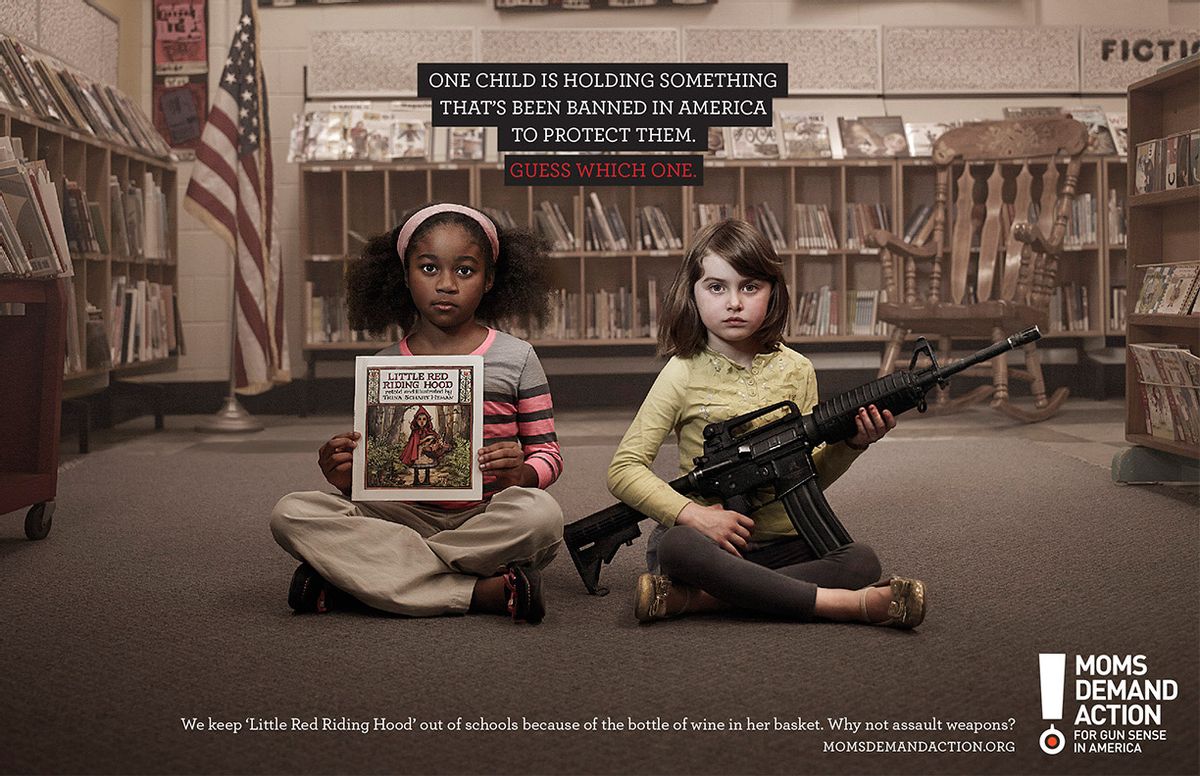 Gun control advocacy group Moms Demand Action launched a campaign on Monday putting the "one of these things is not like the other" game to startling visual effect.

In a series of ads, children hold assault weapons alongside items that have been banned by the federal government (like "Kinder Surprise" chocolate eggs) and local school districts (an edition of "Little Red Riding Hood" depicting a bottle of wine in the young protagonist's picnic basket) for being too "dangerous" for kids.