Let's not be terrorized

We can't stop people from putting bombs in trash cans. Catch who did, and let's honor Boston by returning to normal 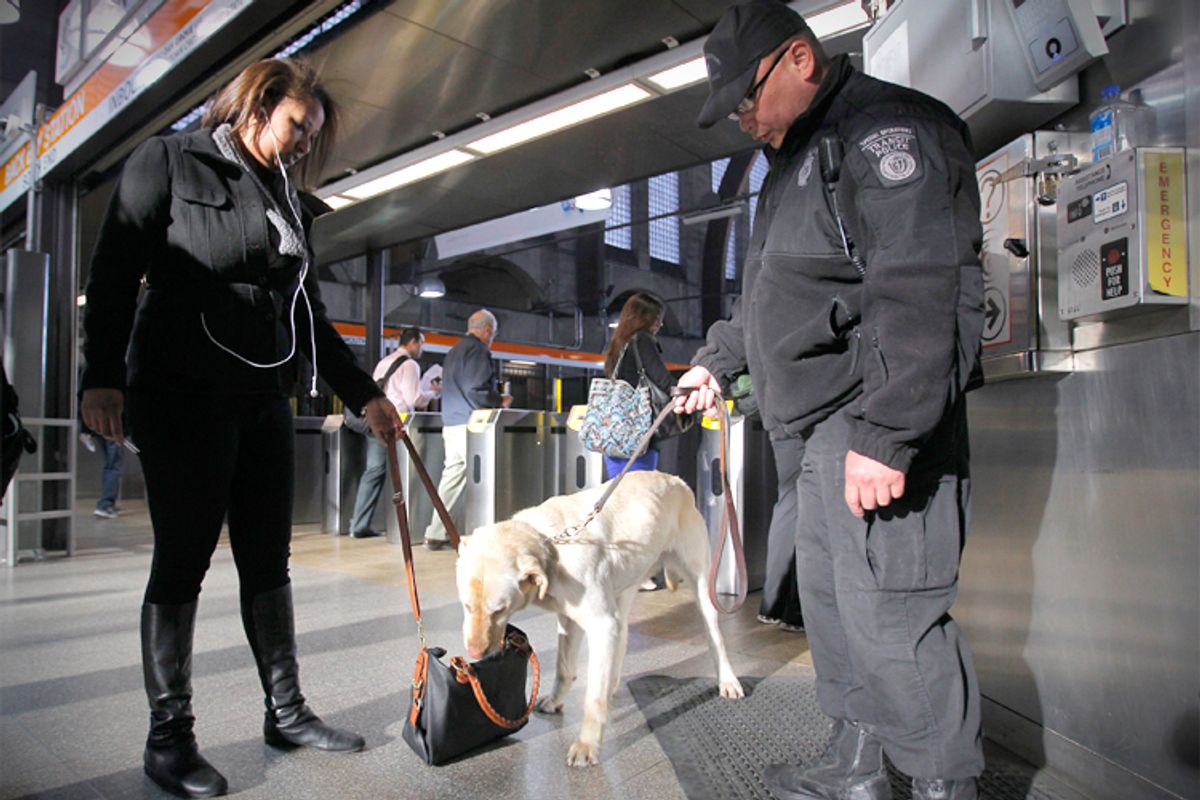 Tragedies amplify the human tendencies toward both selflessness and assholishness. From a distance, watching horrible things happen (and happen, and happen) on TV, it can be much easier to see the assholishness. Yesterday an asshole planted bombs at the Boston Marathon -- the Boston Marathon, for chrissakes -- and today three people are confirmed dead with many, many more injured, in some cases horrifically.

That horrible situation, though, led to a great deal of examples of how Boston, and much of the U.S., is a pretty damn nice place full of impressive and great people. There was amazing journalism from Boston journalists, and a heroic response from Boston first responders, paramedics, doctors and surgeons. Boston blood banks filled up immediately and the Red Cross and Google both helped people find their loved ones. The Internet and the press even acquitted themselves reasonably well. It was amazing to see, within hours of the attack, eyewitness video from amateurs and professionals. The live stream of WBUR, Boston's NPR news station, was compelling, restrained and informative. Fox News' Shepard Smith was incredibly composed and also very careful not to speculate irresponsibly. The Boston Globe dropped its pay wall and put its heartbreaking and useful liveblog on the front page.

It wasn't all good. There was no reason for Neil Cavuto to interview Joe Arpaio, at any point yesterday, and yet that happened. This was a particularly obnoxious reminder that Fox News can only turn off its shtick when a grown-up, like Shepard Smith, is running the show. (Smith returned to anchor coverage later, thankfully.) CNN's political reporters were similarly unable to break out of their self-created shell of inanity and just react like human beings, with Wolf Blitzer and company fixated on the semantics of the president's brief statement. The New York Post, always happy to out-ghoul the competition, was running poorly sourced bullshit all day.

That poorly sourced bullshit tends to stick around, too. The "Saudi national" "person of interest," the New York Post's "law enforcement source" and the "explosion" at the John F. Kennedy library. These are the random bits of information, usually false, that circulate during disasters and, inevitably, lead to conspiracy theories. This isn't a brand-new, Internet-created problem. Morsels of misinformation broadcast on TV or the radio in the immediate aftermath of 9/11 and even the Kennedy assassination survive forever.

We still know next to nothing about what happened yesterday. The "ball bearings" that doctors are finding in victims might just be shrapnel. It seems now that there weren't any additional unexploded devices in the area. People should probably be clearer, in the future, about the unreliability of information from emergency services scanners. Now we'll see if the press jumps on every law enforcement lead and manages to convict innocent people in the court of public opinion, as has happened way too many times in the past following bombings and terroristic violence. Basically, be skeptical of what you see and read over the next few months.

Weirdly and probably inappropriately, I kept thinking yesterday of the 2007 incident in which Boston police closed the trains and the Charles River because a guerrilla marketing firm placed a series of LED ads for "Aqua Teen Hunger Force" around the city. It seemed at the time like the height of ridiculous post-9/11 paranoid hysterical overreaction. These were effectively LITE-BRITEs with cute cartoon aliens on them, but because they matched some idiotic police description of the characteristics of IEDs they were treated as a threat. I did not hold back in mocking them. Now, following an actual IED attack on Boston, it's an embarrassing memory.

But here's the thing: In terms of "sophistication," the bombs that went off yesterday could hardly have been any more powerful than the bomb that exploded on Wall Street in 1920, which killed 38 people and injured 143. More people, many more, could die or be confirmed dead in this attack, but right now tornadoes in Mississippi and Missouri last week were just as deadly, and MBTA trains are deadlier. Whoever it turns out did this and whatever their motive, he or they sucked at being a terrorist. That is something that should be made clear, loudly and forcefully, this week. This guy was an embarrassment to terrorists and as a result we will not be terrorized.

Here is what I'm hoping happens, next: I hope Americans as a whole do nothing, besides find and punish the person responsible. As Bruce Schneier says, if we acknowledge that terrorism isn't an existential threat to the American way of life, or to our freedom, or anything else, we can take reasonable steps to mitigate the threat without freaking out and, say, getting every flight with people who look Middle Eastern grounded, banning backpacks from public spaces or launching any wars. There is no way of stopping dedicated assholes from putting crappy little bombs in trash bins on street corners. Thankfully, it barely ever happens in the United States.

So while I feel a great deal of affection for the city of Boston and its residents today, and while I might be listening to the Modern Lovers and remembering how great the whole Mark Wahlberg arc in "The Departed" is, and while we all have every reason to be incredibly pissed off at the asshole that killed at least one child and hurt so many more innocent people, it is our responsibility to that fine American city to help it get back, as soon as possible, to normal.

Which is why as an American, and a resident of New York, I am most looking forward to when Boston returns to despising us and our stupid city and the goddamn overpaid, ancient Yankees, and we return the sentiment. That will be a return to normalcy and a message that this asshole didn't accomplish a damn thing. In the first round of the NBA playoffs, beginning this weekend, the Boston Celtics will face the New York Knicks. There will be patriotism and solidarity on display, and certainly a tribute to the victims of yesterday's attack. That's understandable. Let's also hope there is a healthy amount of booing, vulgar heckling and signs referencing Cheerios sneaked into the arena. Let the cops catch the asshole that did this; we have lives to live.