Why is Steve Emerson still a "terrorism expert"?

Conservative investigator Steve Emerson was pretty sure it was the Saudi, until he ruled it out six hours later 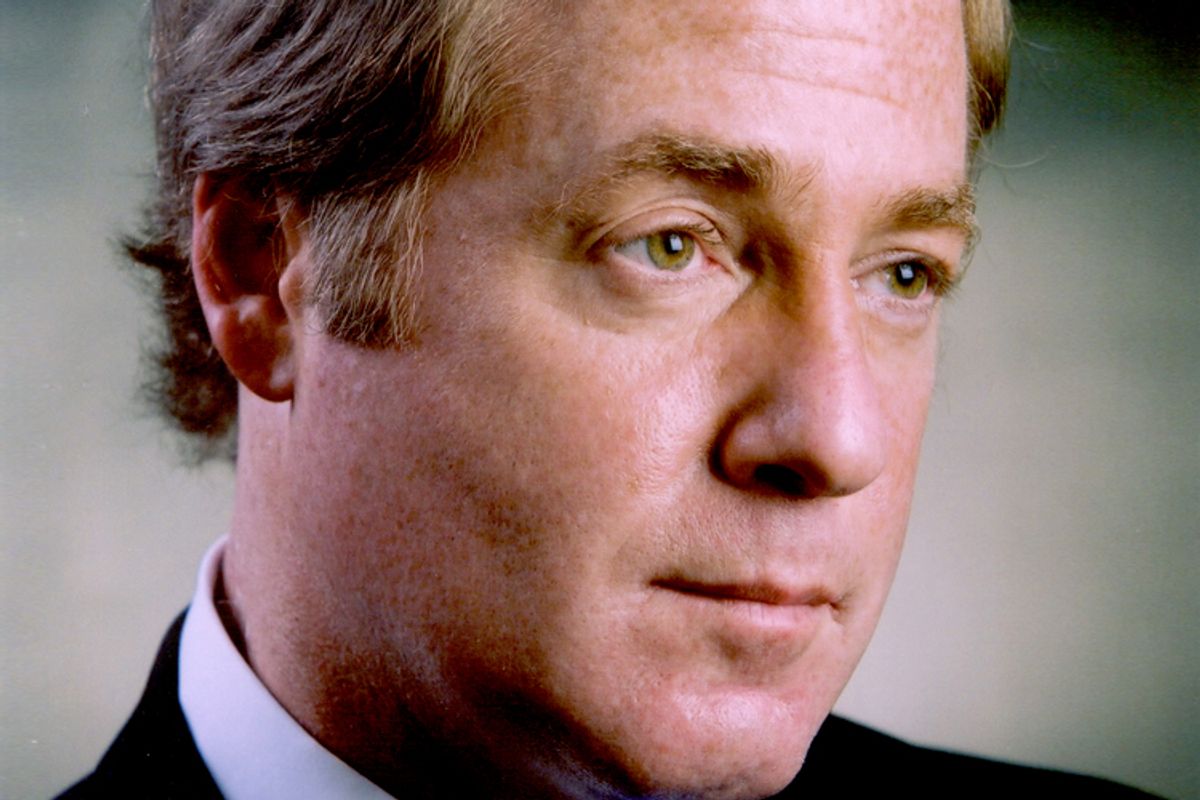 In the murky world of self-styled terrorism experts, Steve Emerson is one of the most well known and most controversial. Emerson and his Investigative Project on Terrorism have drawn praise from the Pamela Geller set, though he never goes nearly as far as she does, and sharp rebukes from groups like the Council on American-Islamic Relations, which Emerson has accused of being tied to Hamas.

So naturally, after any event like the one in Boston yesterday, Emerson gets called upon by major news networks (though mostly just Fox, these days) to offer his analysis, especially when so much attention turned to a Saudi national whom police questioned and whose home they searched.

Here's what Emerson said at 9:20 this morning on C-SPAN, citing "confidential information:"

EMERSON: I have been given privy to certain classified information, it appears that it was a political act of terrorism done for political reasons. Yes, there has been no person arrested. There have been people interrogated. Not just in one house, but raids on several houses. On the Facebook page of the person of interest, there were interesting entries against the United States. Again, he has not been convicted, but the burns on his skin match the explosive residue of the bomb that exploded.

HOST: Is this the Saudi national or those two different people?

But this afternoon, officials ruled out that Saudi national, according to multiple reports. When Emerson went on Fox News with Megyn Kelly a few hours later, he even said so himself, again citing confidential sources:

EMERSON: We're back to square one in terms of suspects, because the Saudi suspect has been ruled out.

Emerson was careful not to pin the blame on the Saudi this morning, but it's a pretty big change of tune for six hours. And importantly, Emerson told Kelly that he still believes the attack was perpetrated by Islamic extremists because the type of bomb carries the "hallmark" of jihadis.  And it's probably not a right-wing extremist group, he explained, because "those domestic extremist groups, the white extremists groups, or individuals, use guns to carry out their attacks."

Kelly pointed out the obvious flaw in that logic: The Oklahoma City Bombing, the worst terror attack on the U.S. before 9/11, was in fact a truck bombing conducted by a white extremist. Emerson, taken aback for just a second, responded, "That's actually very true," but said it would be the first time since 9/11 that white extremists had used bombs successfully.

Actually, a number of white domestic extremist groups have use bombs since 9/11, only on much smaller scales. The Hutaree militia in Michigan planned to bomb police funerals before being busted, for instance. There have been over a dozen attempted, foiled or successful bombings since 2001 by white supremacists, neo-Nazis and other radicals, though many are fire bombings of empty buildings like synagogues and abortion clinics that don't result in any injuries.

But how was Fox supposed to know that Emerson may not be the most reliable font of knowledge on this subject? It's not like there was another terror attack some years ago in which he whiffed his analysis.

Oh wait, yes there was. After the Oklahoma City Bombing, Emerson said almost exactly the same thing he said today about how the type of bomb suggested the work of a jihadi group. The attack had "a Middle Eastern trait" because it was carried out "with the intent to inflict as many casualties as possible," he told CBS News in a live interview shortly after the attack.

"Oklahoma City, I can tell you, is probably considered one of the largest centers of Islamic radical activity outside the Middle East," he said. Emerson's contract with CBS wasn't renewed when it later expired, FAIR reported a few years later.

Of course, Emerson was hardly alone in thinking that. CNN fingered four Arabs and almost every other major news organization in the country presumed it was Middle Eastern radicals, at least for a moment. But while others -- aside from the New York Post -- seemed to have learned their lesson, Emerson appears to have not.