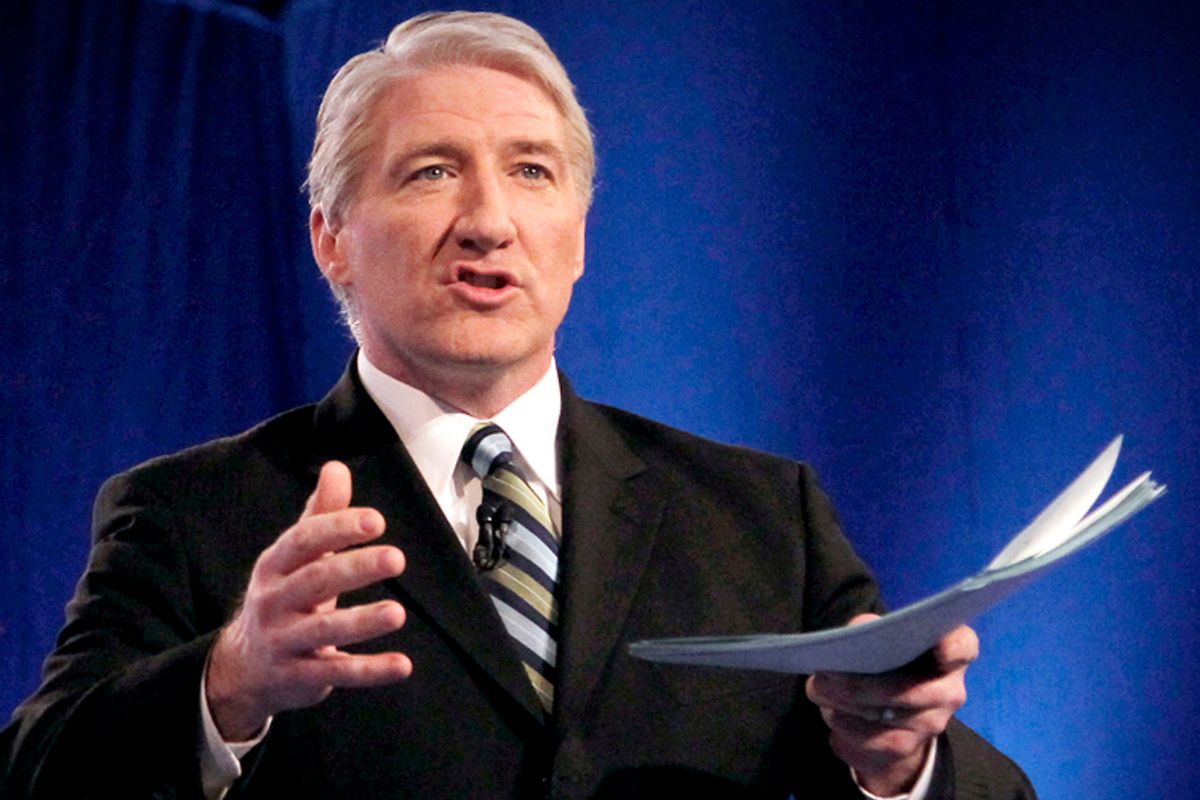 After CNN was forced to walk back John King's reporting that an arrest had been made in connection to the Boston Marathon bombing, Aaron Brown (an anchor at CNN until 2005, including on the morning of Sept. 11, 2001) was sympathetic.

"No one who does this in a breaking news environment has not had this happen. You feel that you've let down the organization and the audience. It is a very difficult moment."

Brown, who is now a professor at Arizona State University, told Salon that his students had asked about the King reporting throughout the day. "I told them it never would have happened this badly on my watch," he joked, before turning serious. "The role of the anchor is to say: This is true. And these things are very chaotic. [CNN should have indicated] 'What we can say for sure is that the case moved significantly today." Brown suggested that King and NBC News' Pete Williams were using sources from entirely different spheres, with Williams operating with federal sources in Washington, while "my guess is that [King] was getting stuff from local or law enforcement or courthouse people; his sources were state people."

The former CNN reporter indicated that an issue of reputation and stature helped get King's reporting on the air. "There is tremendous pressure, even though CNN is inherently conservative in its news judgment," Brown said. "It was one of the most trusted reporters in the organization and in the news business. Did the executive producer make the call? Absolutely. Was the anchor involved? Probably not."

"If I'm running a cable news organization," Brown said, "which I'm surely not and don't expect to, one of the things I would try to do is be humble in breaking stuff." He indicated that CNN ought to have run its sources' claims with a caveat: "Say, 'This is what we're getting. If it all bears out, it could be a huge moment.'

"It would be unfair not to recognize that they're very serious about getting it right," said Brown. But within CNN, he speculated, there will be attempts by the same reporters who checked their emails on-air today looking for more information to distance themselves from the story. "What direction does shit roll? The direction it rolls now. It's the reporter's story and the reporter's going to be the one who has the  hardest time sleeping tonight."