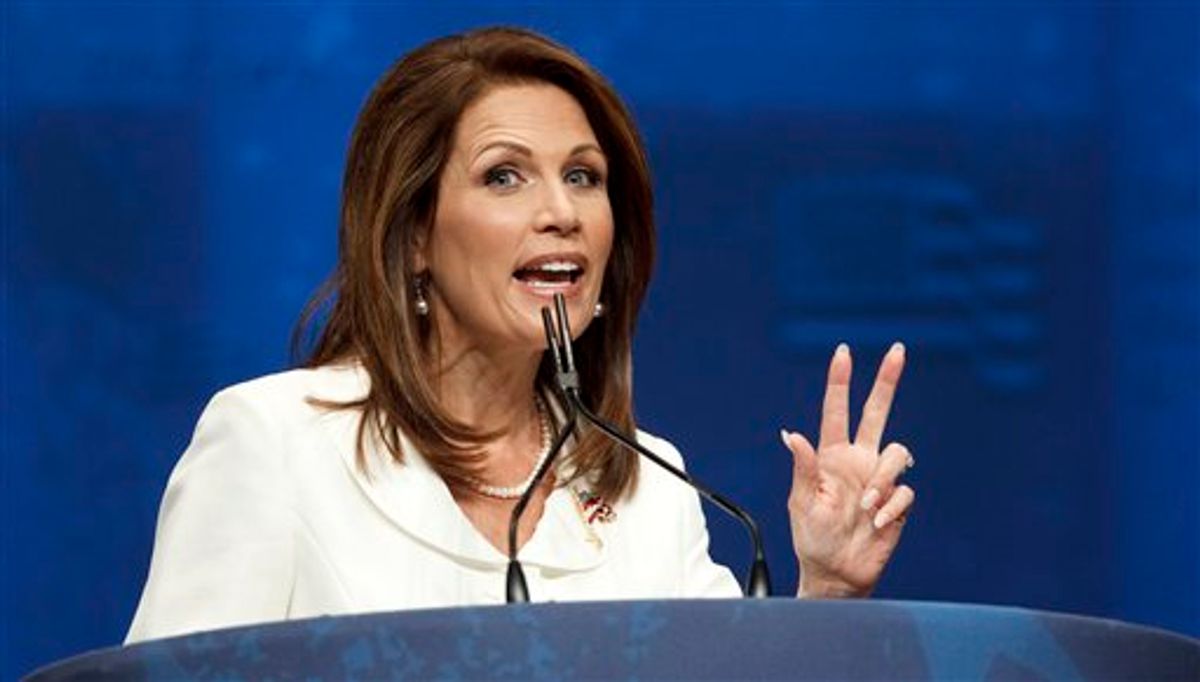 The Office of Congressional Ethics investigation into Rep. Michele Bachmann has reportedly widened to include questions about the use of staff to promote her book tour, according to sources who spoke with the Minneapolis Star Tribune.

Investigators reportedly began their work by looking into payments to staff from her presidential campaign, but the new questions involve a 2011 tour to promote her memoir, Core of Conviction. Two former staff members told the Star Tribune that they had been asked about whether they worked to promote the book while on the payroll of Bachmann's presidential campaign, something that would potentially violate federal ethics rules.

Bachmann’s campaign lawyer, William McGinley, denied any wrongdoing and said the book's publisher paid for the tour and promotional expenses. “Records show that the campaign was very careful to ensure that protocols were in place to keep the book tour and presidential campaign completely separate and distinct,” he said. “Any fair and objective review of the record will conclude that Congresswoman Bachmann and the campaign followed the FEC [Federal Election Commission] advisory opinions and acted appropriately.”

Schedules and internal emails from the tour obtained by the Star Tribune show that some top campaign staffers accompanied Bachmann during the tour, and suggested using the campaign's Iowa email list to boost attendance at book tour events.

Bachmann's campaign allegedly faces at least two other ethics probes, one relating to the payment of staffers and the other to an email list from an outside organization that was allegedly stolen from a campaign volunteer. Still, the ethics rules around book tours are not crystal clear, as the FEC allowed former Sen. Scott Brown to use campaign funds to buy copies of his own book.