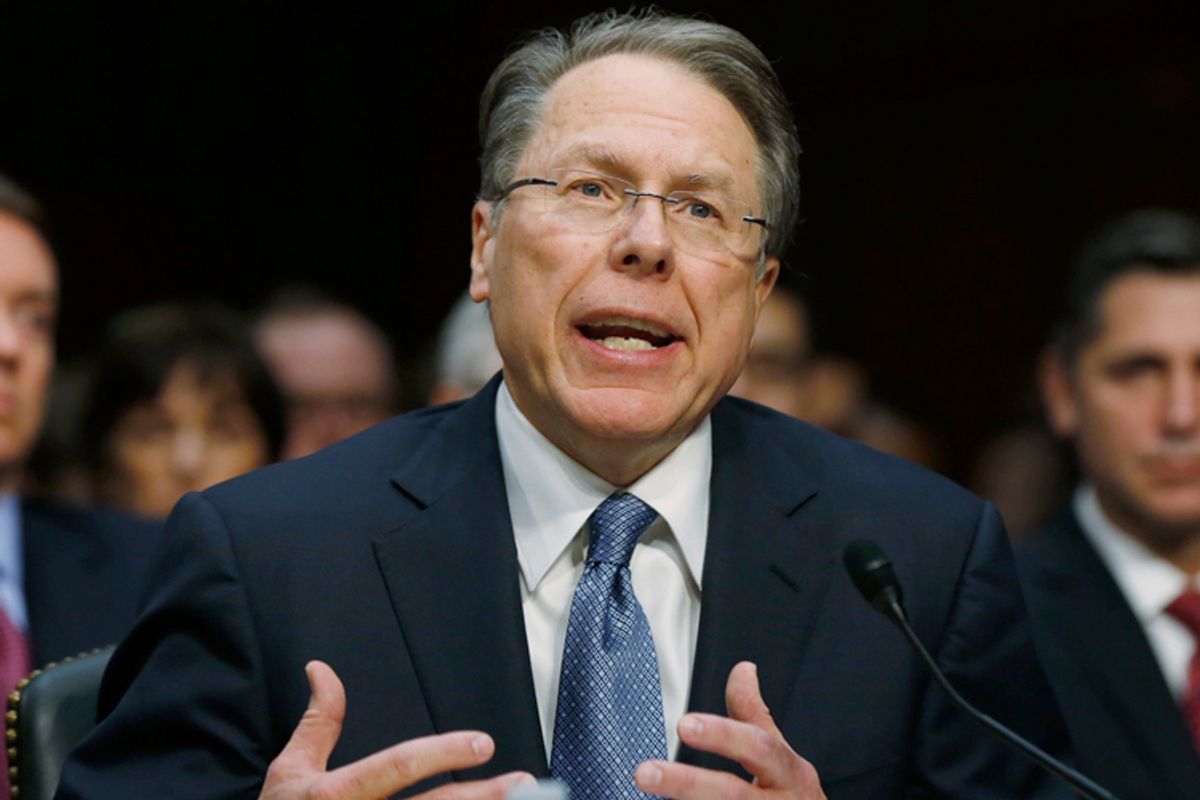 The bipartisan compromise proposal to expand background checks to more gun sales died in the Senate this afternoon after the bipartisan majority fell far short of the 60 votes needed to break a Republican filibuster on the bill. The vote was 54-46. While advocates thought they might be only two votes away not long ago, the six vote deficit makes it highly unlikely that the majority will ever secure the votes it needs. If Republicans had not filibustered, the measure would have passed, as final passage requires only 50 votes (plus the tie-breaking vote of Vice President Joe Biden).

The proposal, authored by Democrat Joe Manchin of West Virginia and Pat Toomey of Pennsylvania, was the best shot at passing any kind of expansion on background checks, even though it was far weaker than what Democrats and gun safety advocates had hoped for. But opponents of the bill deliberately misrepresented the bill by claiming it could lead to a national gun registry, which many gun advocates fear could lead to confiscation or even tyranny, even though the Manchin-Toomey proposal actually made it a felony for officials to create a registry.

And while the votes in the Senate don't suggest it, around 90 percent of Americans support an expansion of background checks, making it hard for some to believe that Republicans would vote against it, let alone filibuster the bill. But filibuster they did, even as victims of the Sandy Hook shooting sat in the gallery and watched. One woman yelled "shame on you" after the fate of the bill became clear.

Manchin-Toomey was likely headed for death in the House anyway, but it's still a huge defeat for gun safety advocates, who thought background checks were almost a sure thing just a few months ago.

Four conservative Democrats joined Republicans on the vote: Mark Pryor of Arkansas, Mark Begich of Alaska, Max Baucus of Montana and newly elected Heidi Heitkamp of North Dakota. The liberal Progressive Change Campaign Committee has already vowed to run ads in their state shaming them for their vote and other liberal groups decried them for their "cowardly" vote, as Democracy for America put it.