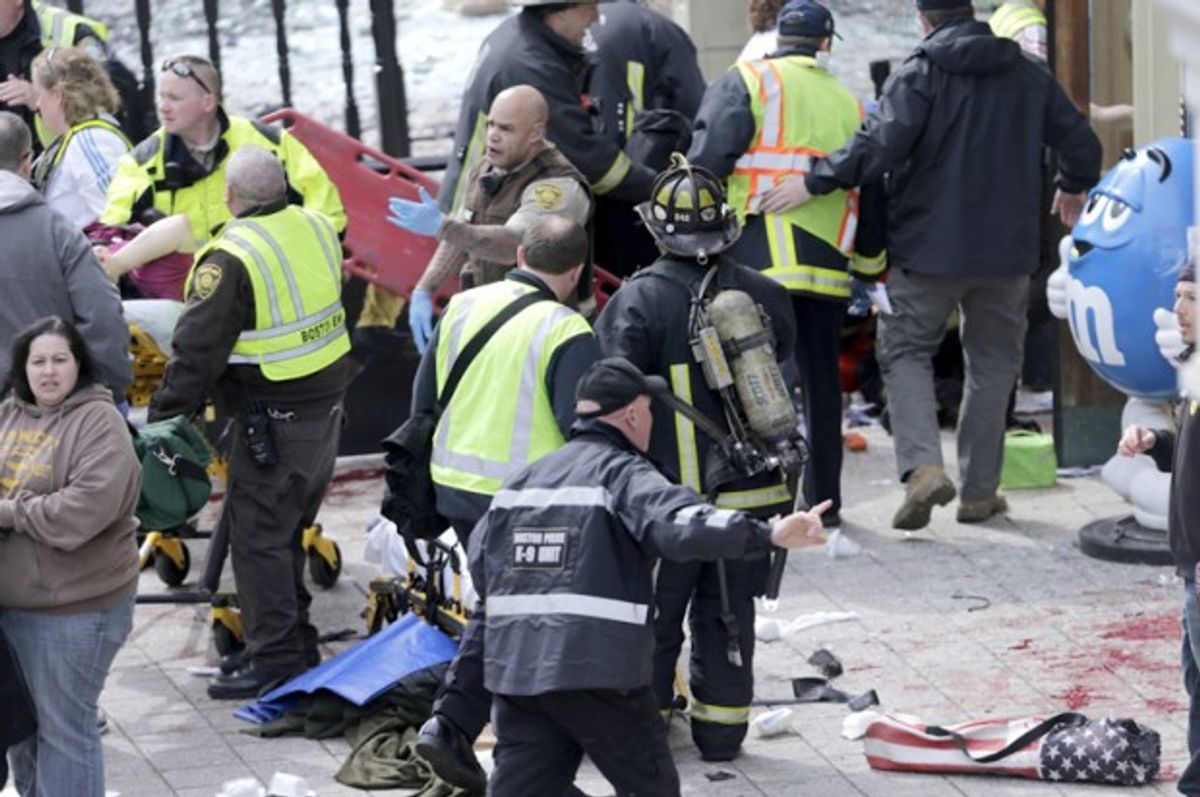 CNN has retracted its report that an arrest was made and the FBI scolded the media for jumping the gun:

Updated 2:28 p.m.
On CNN former FBI Assistant Director Tom Fuentes told CNN that an arrest has not been made. CNN, which had previously reported an arrest, is backtracking.

Updated 2:11 p.m.
While the Boston Globe has still more detail, CBS tweeted several minutes ago that no arrest has been made.

An official briefed on the Boston Marathon bombing investigation said today that authorities have an image of a suspect carrying, and perhaps dropping, a black bag at the second bombing scene on Boylston Street, outside of the Forum restaurant...

The same official also said a surveillance camera at Lord & Taylor, located directly across the street, has provided clear video of the area, though it was unclear whether the image of the suspect was taken from that camera.

Authorities planned to brief the media on the progress of the investigation at 5 p.m. today.

A more detailed article from the the AP:

The official spoke shortly after several media outlets reported that a suspect had been identified from surveillance video taken at a Lord & Taylor store between the two bomb blasts.

Law enforcement agencies had earlier pleaded for the public to come forward with photos, videos or any information that might help them solve the twin bombings that killed three people and wounded more than 170 on Monday.

Reports are circulating that law enforcement officials have arrested a suspect after using surveillance video taken by cameras at Lord & Taylor on Boylston Street.

From Anthony DeRosa at Reuters:

More to come as the story unfolds.