CNN incorrectly reported an arrest in the Boston case, and Twitter went nuts 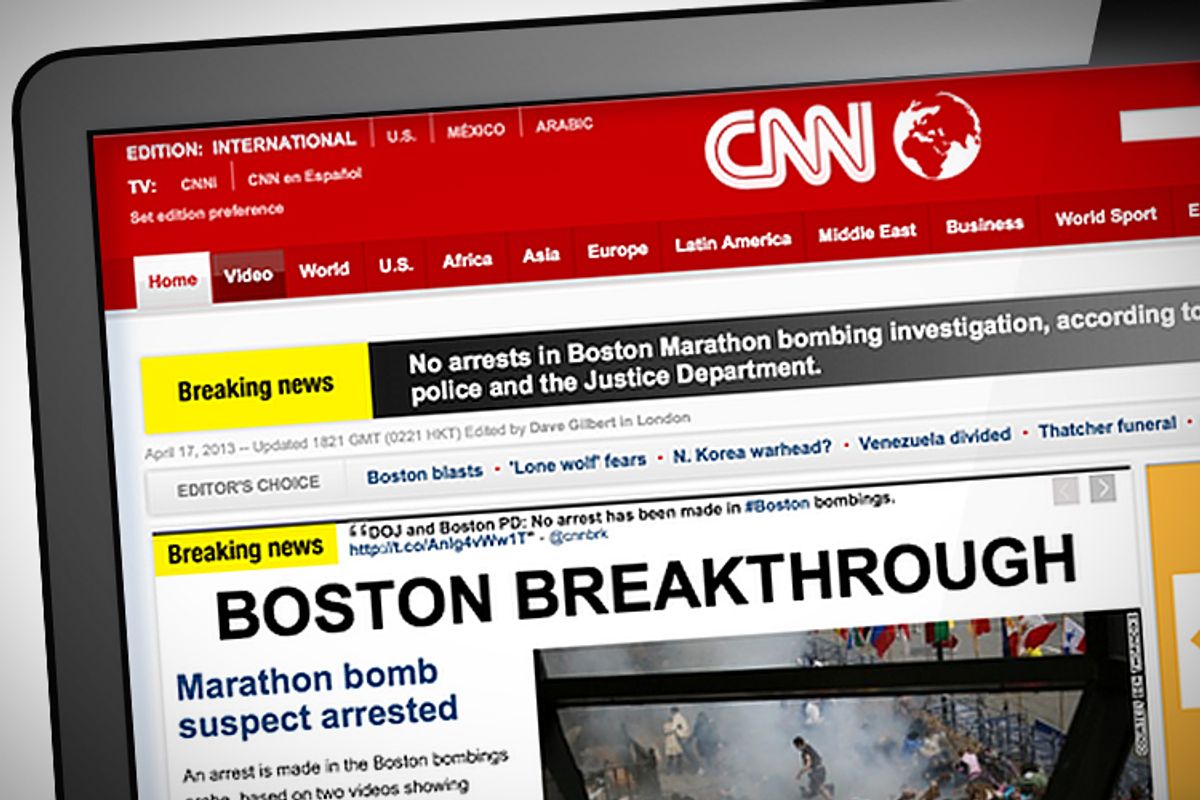 As media outlets continue to monitor the Boston Marathon bombing case around the clock for updates, a few news outlets jumped the gun, making up news to report before real news actually happened.

After officials discovered a video from Lord & Taylor with an image of a suspect, conflicting reports emerged on the status of the case. This afternoon, the AP and CNN misreported that a suspect had been arrested in the Boston explosion case, with CNN even citing the person in custody as a "dark-skinned male" while CBS said Boston police were searching for a white male. NBC and CBS said no arrests had been made and CNN and the AP later backtracked on the arrest claims, saying federal sources deny that a suspect is in custody.