The FBI could not have been clearer. Every eyeball counts -- and that means you too, Reddit detectives 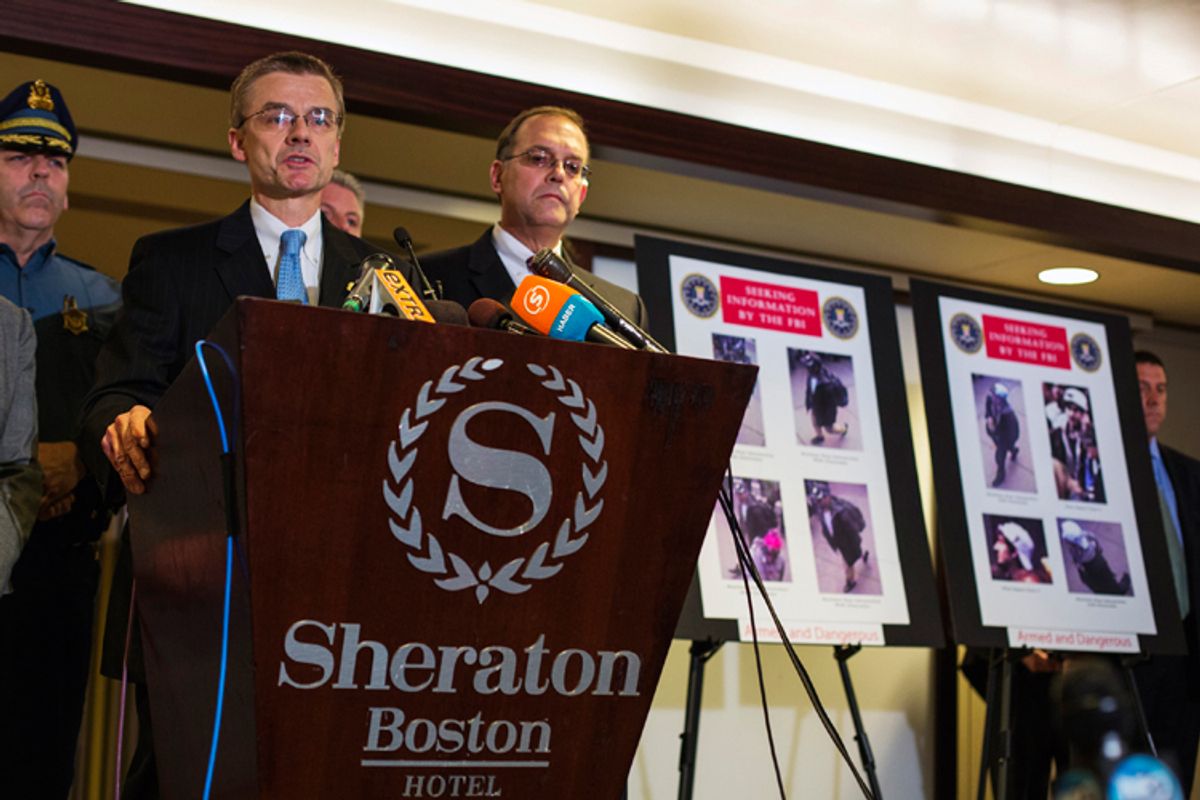 That whole messy online vigilante debate is yesterday's news. At 5:22 p.m. ET, Thursday, FBI Special Agent Richard DesLauriers, speaking in the clearest possible language, asked the entire nation to help law enforcement identify the two suspects the FBI has pinpointed as the Boston Marathon bombers. Get your motor running, Reddit! It's time for the biggest Internet manhunt, ever.

Historically speaking, the FBI has long asked for the public's help in catching its "Most Wanted" criminals. From posters in the post office, to John Walsh's "America's Most Wanted," law enforcement has had little problem using any available media to enlist public attention. But it seems reasonable to surmise that we've never seen anything on  quite the scale of the operation that is unfolding right now. As I write these words, the photos of the two suspects are proliferating across the Web at phenomenal speed. And we're all networked now. We're all social media-enabled sharers now.  There's little question: The FBI has never had the means to mobilize as many eyeballs as quickly as it can now.

DesLaurier's comments are worth quoting in full:

Today, we are enlisting the public's help to identify these two suspects.... The photos and videos are posted for the public and media to use, review and publicize. For clarity these images should be the only ones, and I emphasize, the only ones, that the public should view to assist us. Other photos should not be deemed credible and may unnecessarily divert the public's attention in the wrong direction

For more than 100 years the FBI has relied on the public to be its eyes and ears. With the media's help in an instant these images will be delivered directly into the hands of millions around the world. We know the public will play a critical role in identifying and locating these individuals. Somebody out there knows these individuals as friends, neighbors, coworkers or family members. Though it may be difficult, the nation is counting on those with information to come forward and provide it to us. No bit of information no matter how small or seemingly inconsequential is too small for us to see.

The fact that the individuals identified as suspects by the FBI did not appear in any of the photos singled out at other online sites as likely candidates provoked some rueful comments at Reddit. "We fucked up." "Everyone was wrong." "Never saw either on this subreddit, not once."

But as far as the FBI seemed to be concerned, that's water under the bridge. DesLaurier could not have been any clearer: The FBI wants help.

Reddit's best answer: "Can we please make this the thread where we bag these guys?"