In addition to her health complications, doctors have confirmed that the fetus has anencephaly and is nonviable 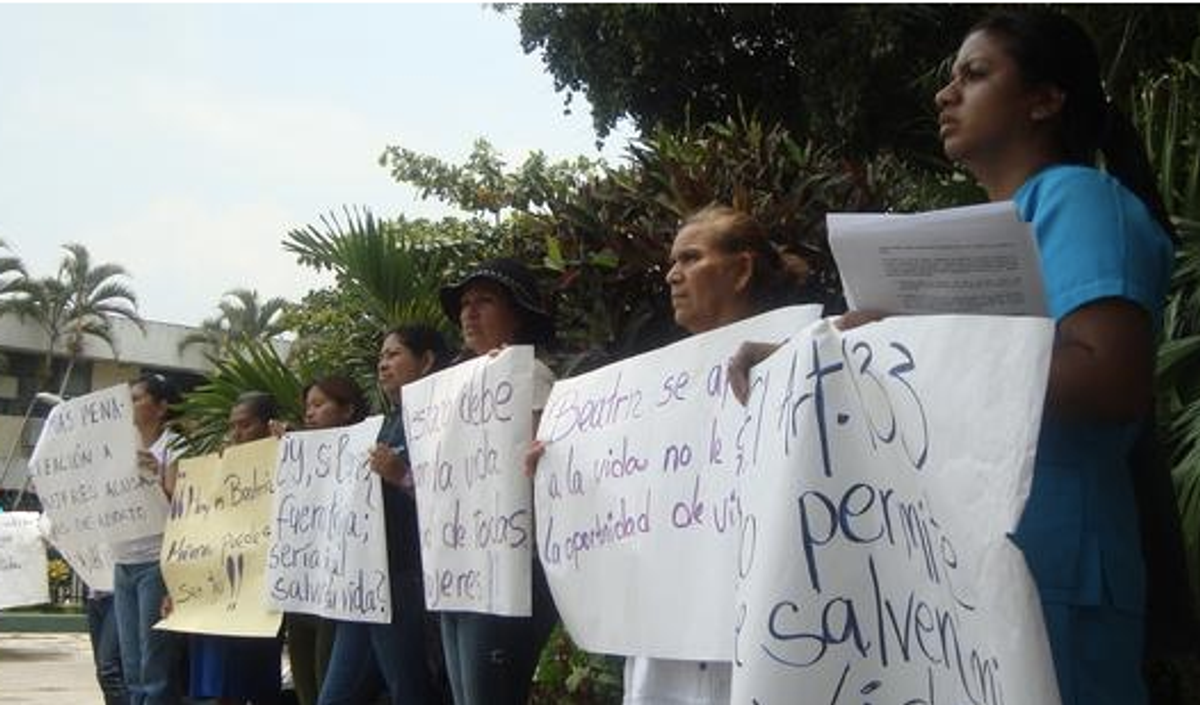 According to a report from Amnesty International, a seriously ill and pregnant El Salvadorian woman may face jail time if she goes forward with a lifesaving and medically recommended abortion. Abortion is illegal under all circumstances in El Salvador.

The 22-year-old mother of one, identified only as Beatriz, is four-and-a-half months pregnant, but her doctors have confirmed that the fetus has anencephaly (developing without a brain and certain parts of the skull) and that the pregnancy is nonviable. In addition to the fetal diagnosis, Beatriz is experiencing critical health complications related to her lupus and kidney disease.

The hospital treating Beatriz requested legal permission to perform the abortion more than a month ago, but authorities have still not agreed to let them proceed. Now, if government policy and religious ideology interfering with a woman's right to access abortion care or a doctor's ability to exercise medical judgment and save a woman's life sounds familiar, it should.

As reported by Amnesty:

Doctor say Beatriz could die if she continues with the pregnancy, but have not yet treated her because they fear that if they end the pregnancy they might be prosecuted under the country’s total ban on abortion...

The country’s Penal Code states that anyone seeking or carrying out an abortion could be given a long prison sentence. This means both doctors and Beatriz would be at risk of imprisonment if a termination is carried out.

“Beatriz’s situation is desperate and must not wait any longer. Her very chances of survival depend on a decision from the authorities,” Esther Major, Amnesty International’s researcher on Central America, said in a statement.

Beatriz has taken her request for medical services to El Salvador's Supreme Court, where it is currently being considered.

“We hope that the Supreme Court treats this case with the urgency it merits, given that Beatriz’s life and health are at risk. She is suffering cruel, inhuman and degrading treatment in being denied the medical intervention she so urgently needs,” Major said.