The president plans to speak at an interfaith service Thursday 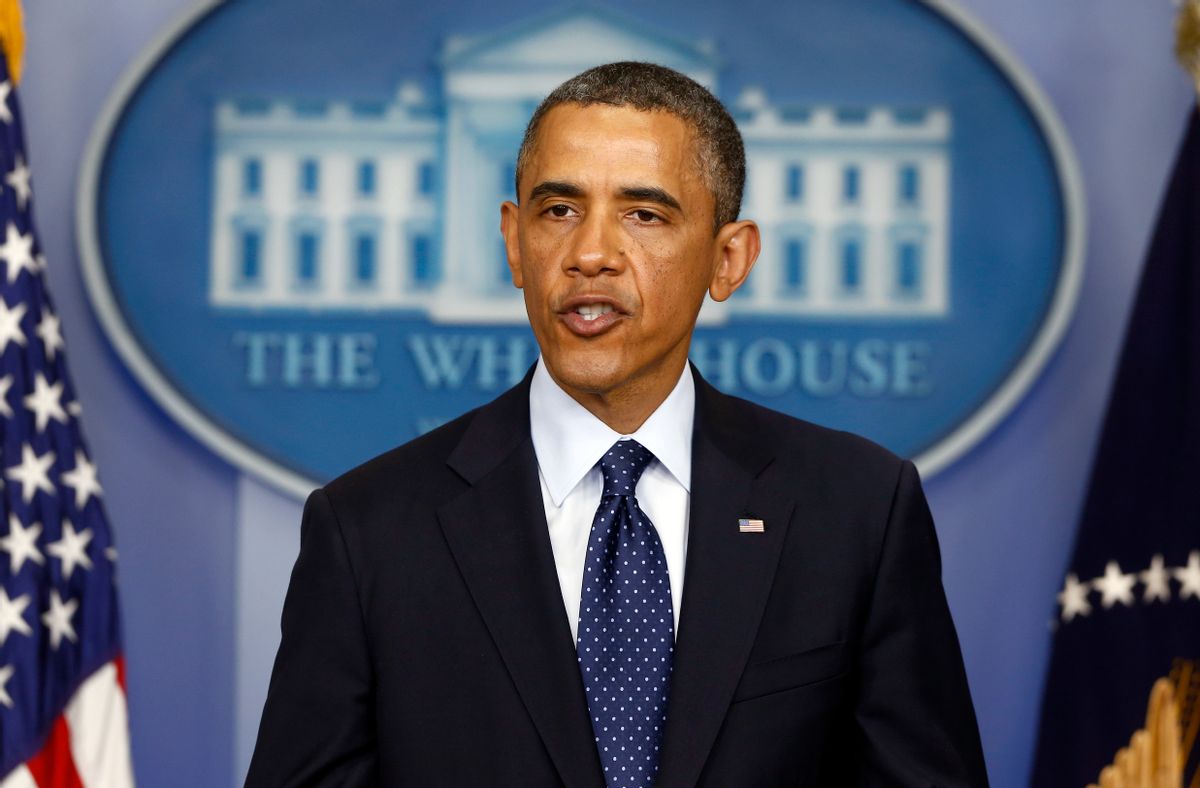 WASHINGTON (AP) — President Barack Obama is seeking to refocus a nervous nation's attention on those killed and gravely wounded in what he called an "act of terror" at the Boston Marathon.

Americans also will be looking to the president to offer reassurances about the nation's safety as investigators scramble to answer key questions about an attack with origins that are yet unknown.

The president was to speak Thursday at an interfaith service in Boston honoring the three people killed and 170 injured when a pair of bombs ripped through the crowd gathered Monday afternoon near the finish line of the famous race. Investigators have an image of a potential suspect, though much about what happened remains a mystery, keeping tensions high in Boston and elsewhere around the country.

Compounding the nation's jitters were letters sent to Washington officials that contained suspicious substances, including ones addressed to Obama and Sen. Roger Wicker, R-Miss., that showed traces of poisonous ricin in initial tests. The letters evoked eerie parallels to the anthrax attacks that followed the terrorist attacks of Sept. 11, 2001.

It's against that backdrop that Obama and his wife, Michelle, are heading to Boston for the "Healing Our City" service. White House spokesman Josh earnest told reporters traveling with the president on Air Force One that Obama also planned to meet with some of those injured, as well as the first responders who rushed toward the blast to help the scores of runners and spectators.

Earnest said Obama received a briefing from national security adviser Lisa Monaco on the status of the investigation into the Boston blast before departing the White House. Accompanying Obama aboard Air Force One were members of the Massachusetts congressional delegation, including Sens. Elizabeth Warren and Mo Cowan.

"We send our support and encouragement to people who never expected that they'd need it — the wounded civilians who are just beginning what will be, I'm sure for some of them, a long road to recovery," Obama said Wednesday in a likely preview of his remarks at the service.

The president has stepped into this role as the nation's consoler in chief many times before in his presidency, most recently in December after the massacre of 20 first-graders and six educators at an elementary school in Newtown, Conn. Before that, there were the deadly shootings in Aurora, Colo., Tucson, Ariz., and Fort Hood, Texas, as well as the natural disasters that tore apart towns and neighborhoods in Missouri and the New York-New Jersey area.

This time, Obama must confront the unique challenges of a terror attack that inevitably revived memories of 9/11. As he did in a statement from the White House on Tuesday, the president was expected to urge the public to remain vigilant, while declaring that "the American people refuse to be terrorized."