Meet the new pope, same as the old pope 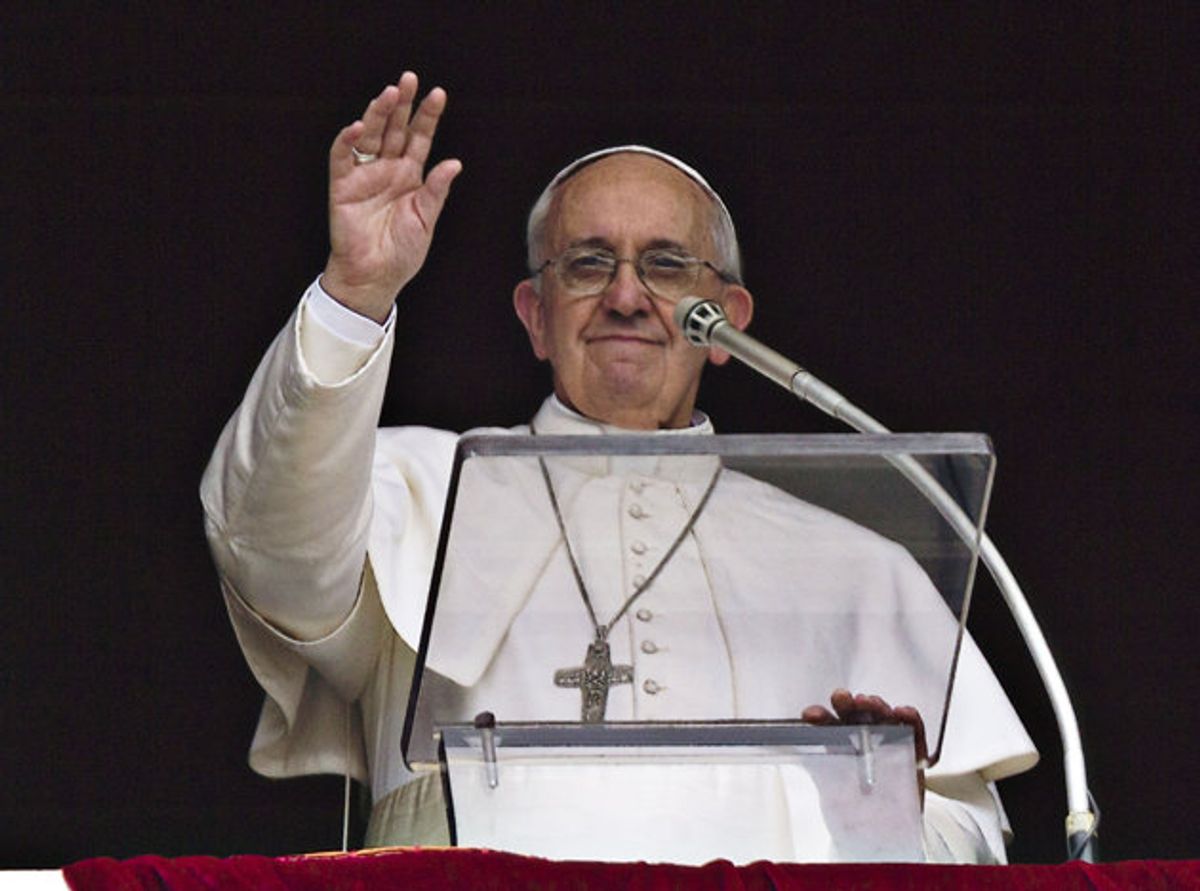 The Vatican announced this week that bus-riding, foot-washing Pope Francis supports his predecessor's crackdown on the Leadership Conference of Women Religious, an umbrella organization that represents 80 percent of nuns in the United States.

Like Pope Emeritus Benedict, Francis believes that the nuns focus too much on serving their communities around issues of health care and economic justice and too little on gay people and abortion. In a report issued by the Vatican under Benedict's leadership, the Holy See accused the group of undermining "issues of crucial importance to the life of Church and society, such as the Church’s Biblical view of family life and human sexuality" and promoting a "radical feminist themes incompatible with the Catholic faith."

With Francis' blessing, the Vatican will continue its "program of reform," which includes the appointment of three male bishops to manage the rewriting of the nuns' conference statutes, review its community-based programs and otherwise ensure the group "properly" follows Catholic teaching.

The announcement, coming from a new pope commonly hailed as a kinder, gentler pontiff, was received with great disappointment by many American nuns.

“We expected Pope Francis to dismiss the mandate against the nuns but instead he broke the hearts of Catholics everywhere,” Erin Hanna, executive director of the Women’s Ordination Conference, told RH Reality Check on Thursday.

Sister Simone Campbell, executive director of Catholic social justice organization Network, had a slightly more optimistic take on Francis' position, telling USA Today that she would wait to see how shifts in the Vatican bureaucracy play out, and that change may still be possible: "The censure [of the nuns] has always been about politics. And politics are shifting in the church right now. We know when politics shift, there are opportunities and there are risks."