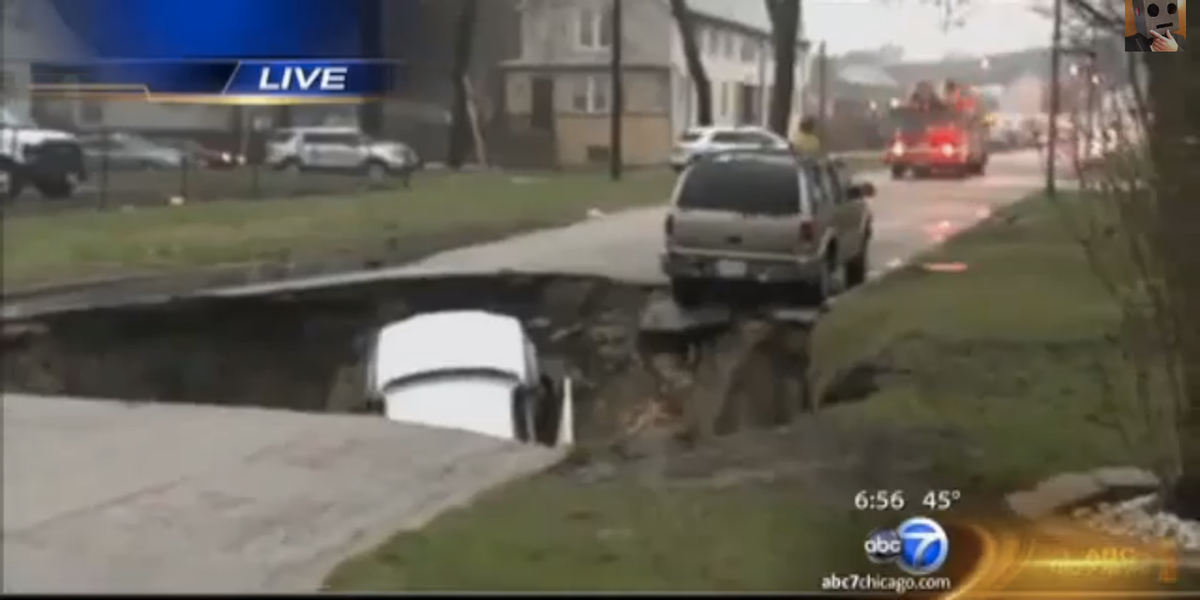 A sinkhole opened on the South Side of Chicago early Thursday morning, swallowing three cars and injuring one person in the process.

The sinkhole, located at 9600 South Houston Ave., started expanding at approximately 5 a.m. Thursday morning, quickly growing from 20 to 40 feet. Two cars fell into the hole before the fire department arrived at the scene at 5:30 a.m., and a third car fell in after responders had left.

According to witnesses, the injured man had attempted to swerve around the sinkhole as it was expanding, which led to his car falling into the hole. He was taken to Northwestern Memorial Hospital after sustaining minor head injuries, and is said to be in good condition.

A spokesman for the Water Department said the sinkhole was created by a water main break, due to heavy flooding in the area.