Young, gay and trying too hard 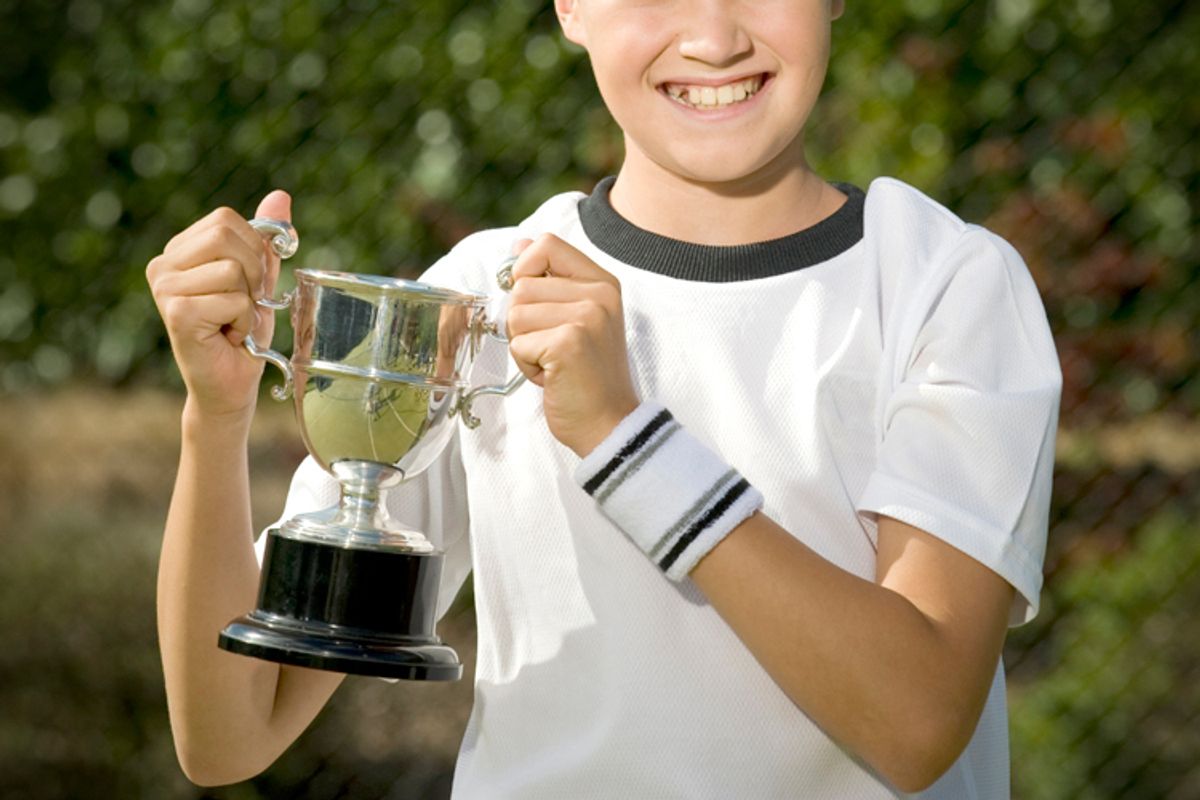 In his memoir-cum-manifesto, Yale Law School professor Kenji Yoshino wrote of his college years, “I sensed these bodies knew other bodies the way I knew calculus or Shakespeare,” he said. "On Saturday nights, I would sit in my cement-block dorm room with my face lit green by my IBM’s glow, agonizing not over women, or men, but line breaks." That's because Yoshino was gay and in the closet -- and, according to what's known as the "Best Little Boy in the World" hypothesis, perhaps overcompensating for the stigma he faced as a sexual minority.

This theory holds that closeted young men in bigoted environments often respond by overachieving in certain areas, like sports or academics -- the idea being that it's an adaptive means of finding a sense of self-worth where they can. It can also serve to distract from their sexuality: As Andrew Tobias wrote in his 1976 memoir, "The Best Little Boy in the World," a key "line of defense" was his endless list of activities. "No one could expect me to be out dating ... when I had a list of 17 urgent projects to complete," he wrote.

Despite the prevalence of this idea in gay coming-of-age narratives, it’s never been tested empirically, until now. In a study recently published in the journal Basic and Applied Social Psychology, researchers interviewed 195 male colleges students who identified as either heterosexual or a “sexual minority.” They found that the sexual minority men based their sense of self-worth on "academics," "appearance" and "competition" more so than the straight guys. Interestingly, the amount of time the gay men had spent hiding their sexual identity positively predicted their investment in these areas. The researchers also developed a way to objectively measure the amount of stigma each participant faced in their particular environment by evaluating their home state's general stance toward sexual minorities. That measure of stigma also positively "predicted the degree to which young sexual minority men sought self-worth through competition."

In many ways this seems a healthy adaptation to unfortunate stigma, but it also comes with negative consequences. The more importance a sexual minority participant placed on academic achievement, the more socially isolated he found himself. Not too surprisingly, “the more they invested their self-worth on the way they looked, the more problematic their eating; and the more they based their self-worth on besting others, the more likely they were to find themselves being dishonest, arguing, and experiencing emotional distress.”

What about female sexual minorities, you might ask? "The notion of the ‘best little boy in the world’ crops up everywhere in stories about gay men's early lives and not as much in the narratives of young lesbians,” lead researcher John Pachankis of Yeshiva University told me in an email. “That certainly doesn't mean that women don't experience a similar phenomenon, but only that lesbians' personal stories don't seem to emphasize it as much.” Exploring that particular question is a next step for research, he says. Speaking of next steps, it's worth noting that the study is limited by its sample size and, as with most studies, its exclusive focus on college students. It is by no means definitive, but it's certainly a great jumping off point for further research.

So what can parents practically take away from this finding? "Of course, having focus and passion about a particular issue is a sign of healthy flourishing among most kids," says Pachankis, who recently blogged about his research on Psychology Today. "But if a child's sense of self-worth seems particularly tied to success in any one domain, like competitions, appearance or grades, that's probably a sign for parents to discuss with their child the motivation behind those accomplishments." But of course the first step is to create "an open, safe home environment where LGBT people are respected and valued."