Trains and buses have been halted, planes are still arriving at and departing from Logan International Airport 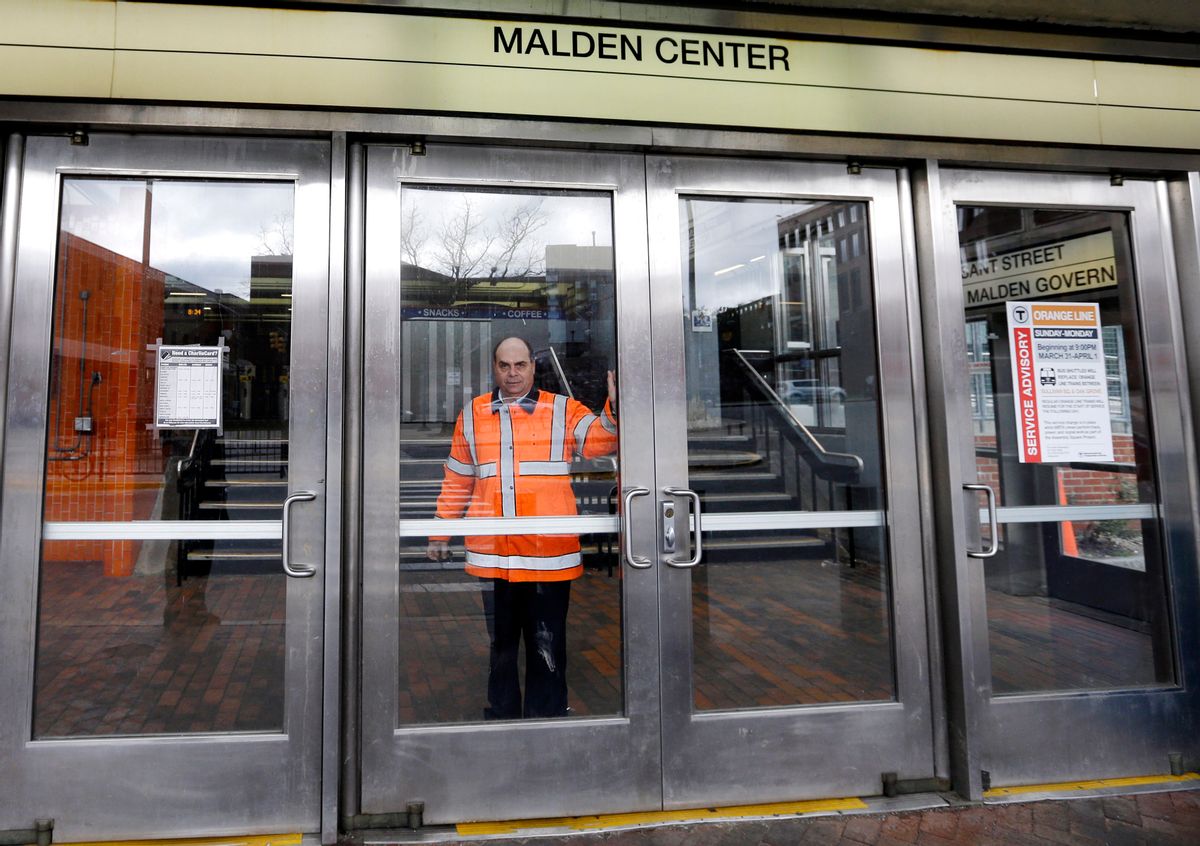 NEW YORK (AP) — Mass transportation to and from the Boston area is virtually shut down Friday morning, with the exception of airplanes, which continue to take off and land at Logan International Airport.

Train and bus service is shut down as police conduct a massive manhunt for one of two suspects in Monday's Boston Marathon bombing. People waiting at bus and subway stops were told to go home.

Amtrak has stopped trains about an hour south of the city in Providence, R.I. Amtrak has also suspended its entire Downeaster service, which runs from Brunswick, Maine to Boston, according to spokesman Cliff Cole.

The Massachusetts Bay Transportation Authority, which operates commuter trains into Boston as well as the city's subway — called the T — and the city's buses suspended all operations. The one exception appears to be the Silver Line bus between Logan and downtown.

All major highways remained open, according to the Massachusetts Department of Transportation. The exception is Watertown, the center of the manhunt.

Megabus has canceled at least 18 buses between Boston and New York, New Haven, Conn., Hartford, Conn., Burlington, Vt. and Philadelphia. More than 1,000 passengers were affected, according to spokesman Mike Alvich. They received emails offering a refund or the option to rebook for free.

Logan airport remains open, although getting there will be a challenge for many passengers. On a typical day, the airport has about 1,000 flights, according to flight tracking site FlightAware.

JetBlue, the largest airline in Boston with about 100 daily flights, is allowing anybody scheduled to fly to or from Boston to change their ticket for free. Delta — which has about 70 daily Boston departures — also hasn't canceled any flights in Boston. Spokesman Morgan Durrant says the airline expects on-time departures and is considering extending a travel waiver issued earlier in the week.

American Airlines hasn't canceled any of its 31 daily flights in Boston. The airline is allowing passengers scheduled to fly today to rebook onto flights Saturday or Sunday without penalty, according to spokeswoman Andrea Huguely.

The Federal Aviation Administration imposed an air traffic restriction on the Boston area "to provide a safe environment for law enforcement activities." It bars flights below 3,000 feet in a radius of 3.5 miles around the manhunt area. Such restrictions have minimal impact on commercial flights in the area.