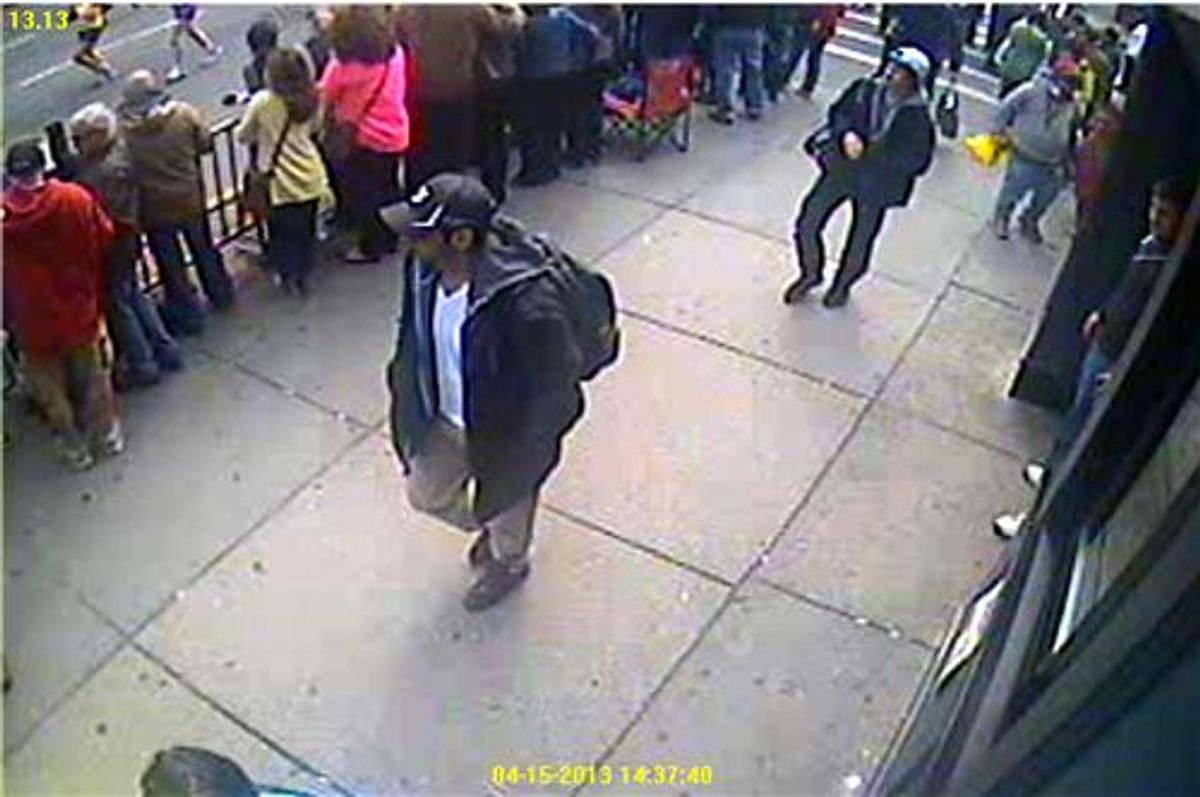 CNN reports this evening that federal investigators have much more footage of the two men wanted in relation to the Boston Marathon bombing -- and that some of that footage is shocking.

A federal law enforcement source "with knowledge of the investigation" told the network that the suspects stayed and watched as the two bombs exploded, then simply walked away from the horrific scene.

"When the bombs blow up, when most people are running away and victims were lying on the ground, the two suspects walk away pretty casually," said the source -- who CNN reported has seen the footage.

Officials found the behavior noticeable, the source said, because "they acted differently than everyone else."