Police: Suspect believed to be in Boston

Mass transit is set to resume, but officials urge the public to remain vigilant 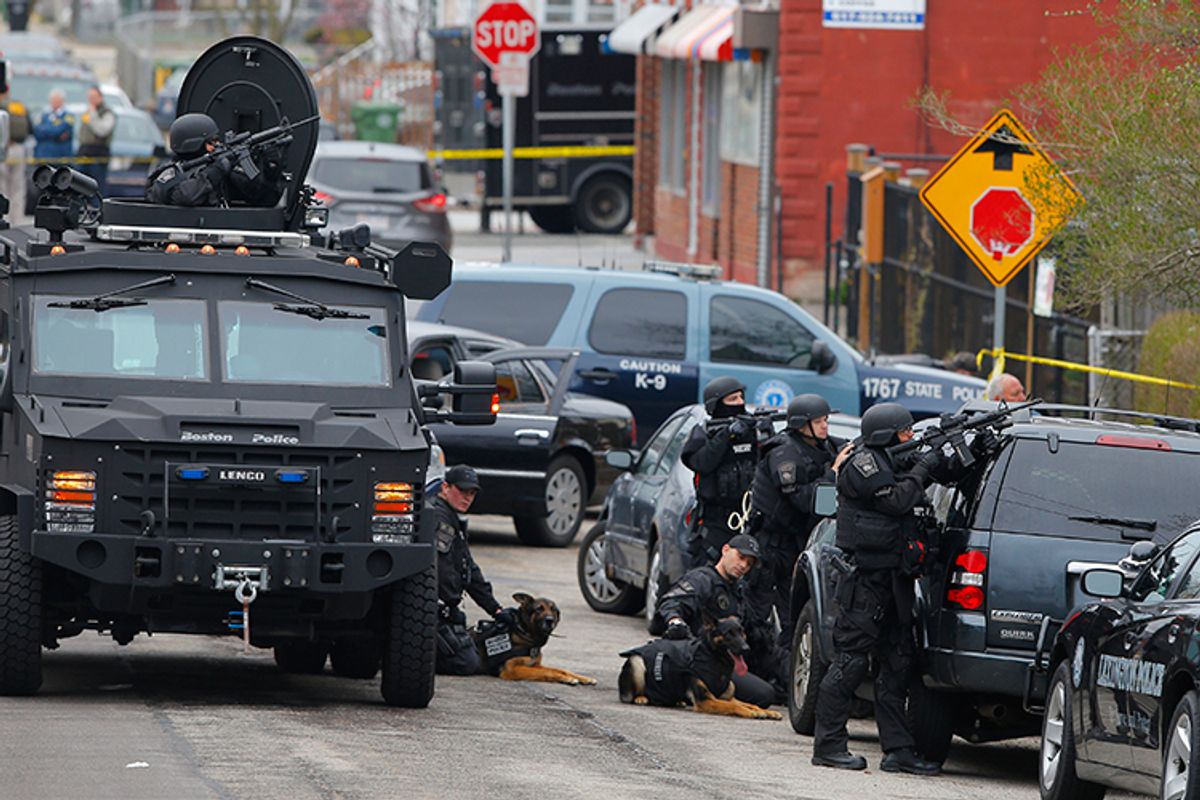 WATERTOWN, Mass. (AP) — Massachusetts state police say they believe the sole surviving Boston bombing suspect is still in the state because of his ties to the area.

SWAT teams in armored vehicles took command of the tense and locked-down streets of Boston and its suburbs Friday in an all-out hunt for the surviving Boston Marathon bombing suspect after his older brother died in a desperate getaway attempt.

Police say the brothers shot and killed an MIT policeman, severely wounded another officer and hurled explosives at police during a furious gun battle and car chase. They say Dzokhar Tsarnaev slipped through officers' fingers in a hail of bullets, running over his wounded brother as he drove off.

Massachusetts Gov. Deval (deh-VAL') Patrick says mass transit service is resuming in Boston even though one Boston Marathon bombing suspect is still on the lam.

Authorities in Boston had suspended all mass transit and warned close to 1 million people in the entire city and some of its suburbs to stay indoors as the hunt for one suspect went on. The other suspect, his brother, died in a desperate getaway attempt.

The brothers are suspects in Monday's marathon bombings, which killed three people and wounded more than 180 others. The men are also suspected of killing a Massachusetts Institute of Technology police officer in his vehicle late Thursday.

Patrick reminded people to "remain vigilant if you are out."