Suspect's uncle Ruslan Tsarni tells an old American story: A newcomer's shame when one of his own becomes notorious 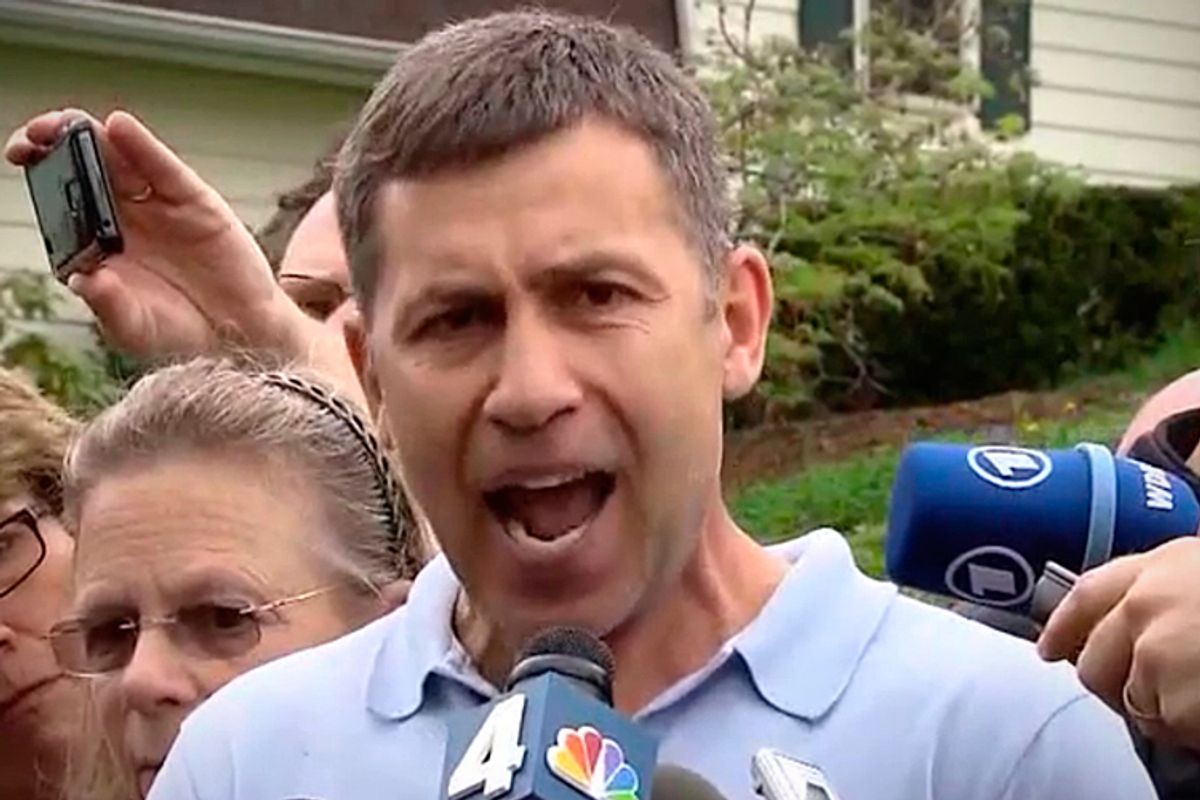 To angry, anguished Ruslan Tsarni, his nephews Dzhokhar and Tamerlan Tsarnaev had a simple motive for allegedly bombing the Boston Marathon: “Being losers. Being unable to settle.”

Tsarni’s rant wasn’t exactly what law enforcement might have advised: A soothing person giving young Dzhokhar a reason to come out of his hiding place alive, and to cooperate with officials in revealing whether there may be more hidden bombs as well as what his and his late brother Tamerlan’s motives were.

But it was a window on an ancient American story: the anguish of immigrants when one of their own becomes notorious, and shames not only his family, but his entire ethnic group.

“He put a shame on the Tsarni family. He put a shame on the entire Chechen ethnicity,” the uncle raged. “It has nothing to do with Chechnya.” To reporters questions, he answered: “We’re Muslims, we’re ethnic Chechens,” and he went on: “Of course we’re ashamed. They’re children of my brother. Who had little influence of them.”

This wasn’t the classic testimony of a family member, declaring love for the accused and shock at the accusation. Although he hadn't seen his nephews since 2009, Tsarni declared flatly:

“I didn’t like them. I just wanted my family to be away from them.”

And a second time, he attributed their alleged crime to “being losers. Not being able to settle themselves. And thereby just hating everyone who did. Anything else to do with religion, with Islam, it’s a fraud; it’s a fake.”

By contrast, Tsarni declared his devotion to his new country. “This is the ideal micro-world in the entire world,” he said. “I respect this country. I love this country; this country which gives chances to everybody else to be treated as a human being.”

Tsarni’s anguished press conference (video below) was a live, televised twist on an old American narrative: an immigrant struggling not to have his people defined by the bad behavior of one of the group. Generations of American immigrants not only Americanized their names to seem less foreign; they cringed whenever one of their group “shamed” them with notorious criminal behavior.

Irish Americans ashamed of the poverty, destitution and sometimes notorious behavior of famine Irish refugees in the mid-19th century dropped the “Mc” or the “O” from their names. Even as a second generation Irish Catholic on Long Island in the 1960s and '70s, I was schooled in not seeming “shanty Irish,” which mainly involved not yelling out the window at friends or my family, not serving food directly from the pot to the table, and keeping my fingernails clean. Our Italian neighbors shuddered at the high-profile Mafia escapades of the era.

As late as the '80s I knew older Jewish Americans horrified at the Hedda Nussbaum-Joel Steinberg scandal in New York, when adopted 6-year-old Lisa Steinberg died of abuse, for how it reflected on Jews. Korean-Americans expressed shame and sadness after Seung-Hui Cho killed 32 people and wounded 17 at Virginia Tech. In our great melting pot, somehow many of us still feel vulnerable to ethnic shame.

The rabid anti-Muslim prejudice in the U.S. since 9/11 provides new reasons for any Muslim who finds a family member accused of a crime. Tsarni expressed solidarity with the families of Boston bombing victims. “We’re sharing them with their grief. I’m ready to just bend in front of them, kneel in front of them, seeking their forgiveness, in the name of the family.”

His condemnation of his nephews wasn’t shared by their father. Reached by the AP in Russia, Anzor Tsarnaev called his son Dzhokhar “a true angel.”