Uncle of Boston bombing suspects: "They do not deserve to exist on this Earth" 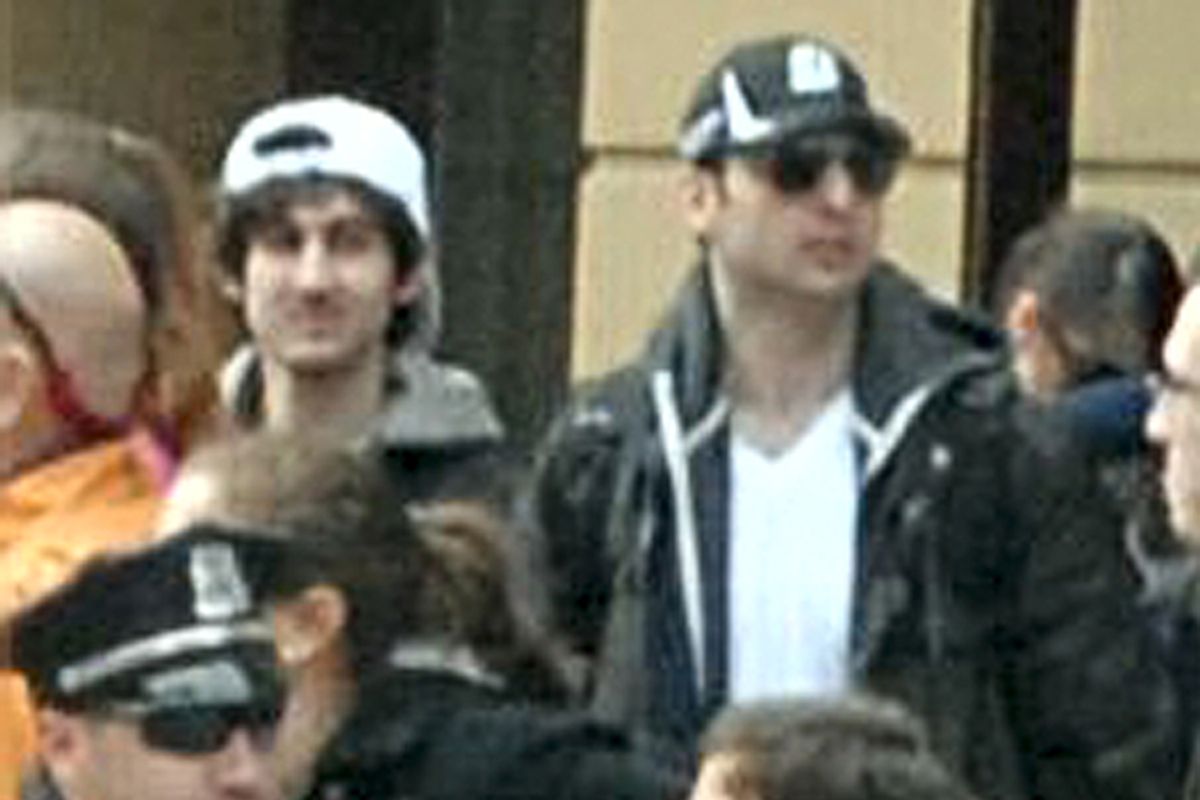 Suspects wanted for questioning in relation to the Boston Marathon bombing April 15 are seen in handout photo released through the FBI website, April 18, 2013. (Reuters)
--

In a telephone interview with WBZ-TV this morning, the uncle of Boston bombing suspects Tamerlan Tszarnaev, 26, now dead, and Dzhokhar A. Tsarnaev, 19, said of his nephews: "They do not deserve to exist on this Earth."

In the subsequent televised press conference, he called his nephews "losers" who did not want to assimilate. "Somebody radicalized them," he said, saying their father had little influence on them. “It is a fraud, a fake to say that this had anything to do with the Islamic religion," he said.

"They have never been to Chechnya," said Tsarni. "Chechnyans are peaceful people." He asked his nephew to turn himself in and "ask for forgiveness ... from these people."