A nation of police scanner rebels 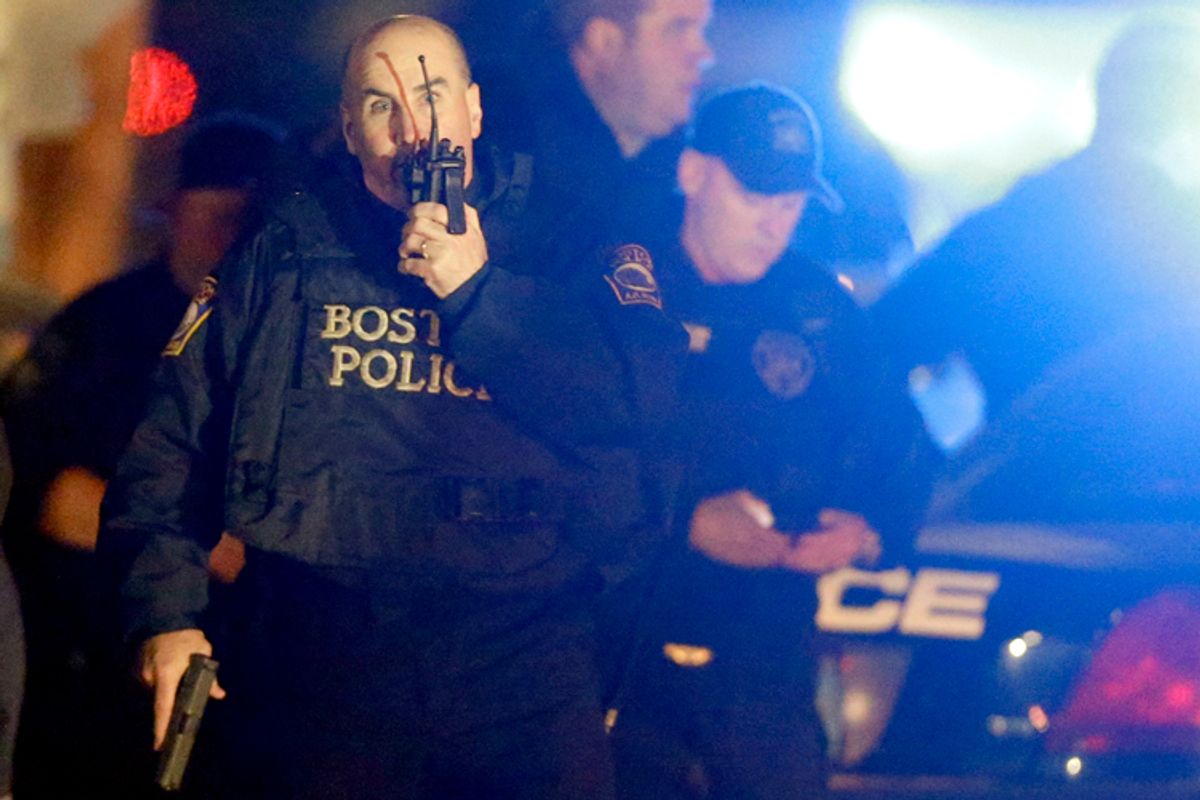 Not long after the enormity of what had happened at the finish line of the Boston Marathon began to sink in to the culture at large on Monday afternoon, someone I follow on Twitter posted a link to a live feed of Boston's police scanner. I immediately started listening. I wasn't alone. When I signed on there were 5,000 other listeners; a few minutes later, 10,000, then 20,000.

And then I turned it off. The staccato bursts of information were too chaotic, too jumbled, too contradictory for me to make much sense of. I needed more filtered news. Sure, it's way cool and still kind of mind-blowing that I can sit at my desk in Berkeley, Calif., and listen to police officers in Boston warn each other about suspicious packages that might contain explosive devices, but it wasn't helping me understand what was happening.

But that's just me. In a new media landscape that is itself chaotic and jumbled and contradictory, police scanner feeds are the perfect junkie fix for our information-craving social media hordes. There's no limit to our appetite for detail, no matter how small or opaque. Every inscrutable factoid blasted from one cop to another instantly gets tweeted or Facebooked or posted to Reddit, broadcast and rebroadcast with dizzying speed. In some corners of our upstart new media world, this intimate proximity to the news as it happens, in real time is practically a cause for celebration. Who needs the old media gatekeepers to tell us what is or what isn't news? Information wants to be free! In 2013, everyone is a police reporter. Those old media dinosaurs will never be a match for the mighty power of the crowd!

The police don't seem to be quite as enthusiastic about the new paradigm, and for good reason. When you are chasing down heavily armed killers in the heart of a great city, you'd rather not have your every movement posted online and potentially available to the terrorist you're trying to catch. On Thursday night, in the middle of a bewildering string of shootings and carjackings and home-made grenade explosions, the BPD sent out a stern media alert: "Do Not Compromise Officer Safety by Broadcasting Tactical Positions of Homes Being Searched."

A few minutes later, the potentially disastrous consequences of distributed police reporting by amateurs crystallized: Reports that the BPD had named the two bombing suspects over the scanner rocketed across the world. A Brown University student who had been reported missing since March was suddenly tagged as a killer.

But the names were wrong. In fact, we have since learned from the marvelous reporting of the Atlantic's Alexis Madrigal that there is no audio evidence at all that the police ever said the name of the Brown student over the radio.

This is what we've come to: The erroneous attribution of a man's name to a police scanner radio broadcast was treated as hard news -- and not just by Reddit and every other amateur police reporter in the world, but also by career journalists and established news outlets (Salon included). In a dreary weak, it was yet another low moment -- this time, for the entire practice of journalism.

So where do we go from here? Is there any chance that we might learn from our mistakes?

One possibility is that we may not have to. Police departments may decide that publicly accessible scanner broadcasts are more trouble than they're worth. They may move, en masse, to encrypt their communications. Some districts already are, although, as the Verge reports, there are practical logistical reasons why it makes sense to keep lines of communication open in a crisis. Nevertheless, new technological realities quite likely will mean new rules.

Unless, more happily, new realities result in new social norms. A much remarked upon aspect of the early Twitter coverage of the Boston Marathon bombings was the plethora of warnings, on Twitter, to be wary of unsourced facts, to avoid mindlessly retweeting rumors, and to basically take everything with a grain of salt. As a result, the tone of coverage was markedly different than what prevailed in the manic moments of the Sandy Hook massacre and Hurricane Sandy's assault on New York. You could make a legitimate case that we're slowly learning to avoid the pitfalls embedded in our new information distribution media. (Although, to be sure "old media" outlets like CNN and the New York Post were guilty of their own horrible errors without any help from Twitter.)

Will the Boston Marathon be a similar teachable moment for how to responsibly handle police scanner broadcasts? On Thursday night, much was made of the fact that professional police beat reporters have long known better than to treat scanner broadcasts as rock solid reporting information. Now we all know why. In a world where everyone has the potential to be a police reporter, does that knowledge get distributed as well? Do people learn to zip their lips and refrain from reckless retweeting?

It will be a challenge. On Friday morning, CBS News circulated a tweet reporting that "Boston Police are asking social media users not to post information they hear on police frequencies/scanner channels." But that wasn't enough, apparently, and by mid-morning, at least some online feeds had been temporarily shut down.

But even that didn't stop Reddit, where, for much of the day, the top post on the site's home page included a minute-by-minute register of police activity, including numerous items that appeared to be reported directly from scanner broadcasts.

And at 7:33 p.m ET on Friday, as Boston's drama reached its final denouement, hundreds of thousands of people were listening to a livestream of the Boston police scanner on US stream. (And I, again, was one of them.) The drama was riveting. And at the same time, earlier messages begging listeners not to further broadcast that information were recirculating on Twitter. And they were ignored.

So maybe it's a lost cause. Maybe, in a world of relentless social media, new social norms will never gain traction. For all our advice to ourselves on Monday to treat Twitter with more care, we still managed to engineer a monumental fuck-up on Thursday night. And even if Reddit grows up and figures out when to hold its tongue, there will always be another outlaw ready to run amok.

But we do learn, sometimes, don't we? There is such a thing as progress, right? One of these days, we're all going to grow up. Please?