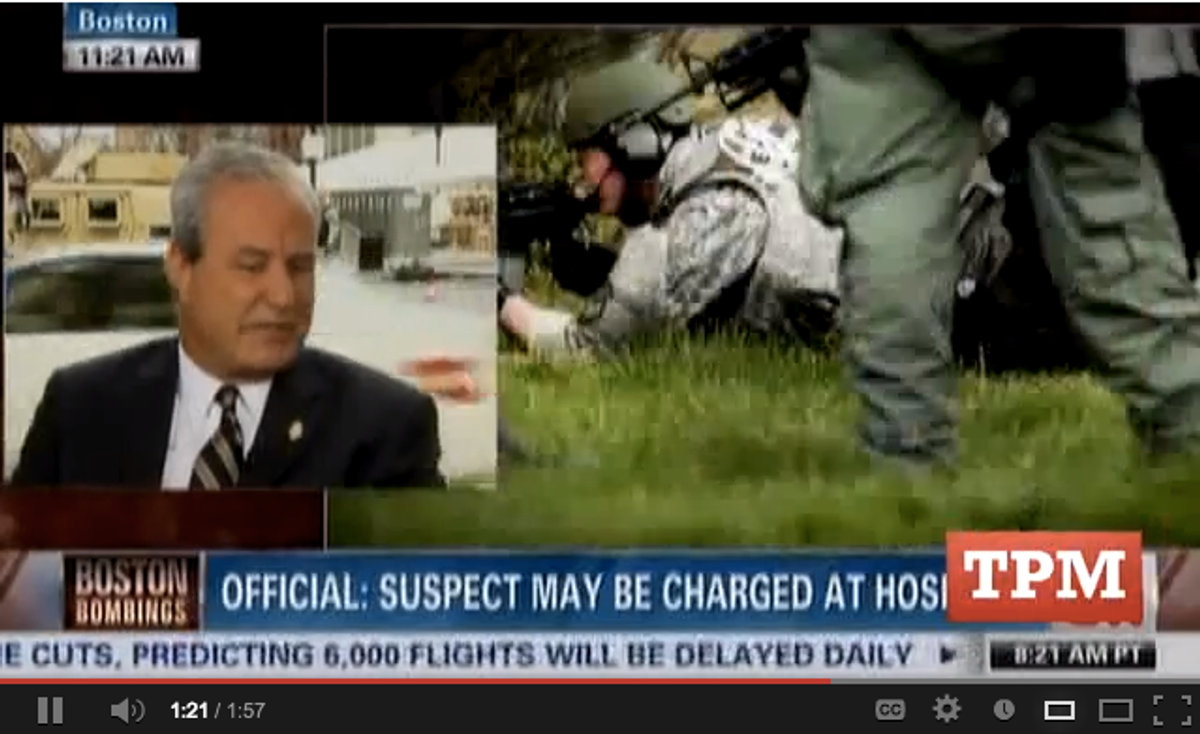 In an interview with CNN's Wolf Blitzer on Saturday, Watertown Police Chief Ed Deveau provided a detailed account of the manhunt that resulted in the death of one of the Boston Marathon bombing suspects and the capture of the other.

Deveau recounts the events as they unfolded from the Thursday night shootout that resulted in the death of MIT campus officer Sean Collier to the Friday night capture of second bombing suspect Dzokhar Tsarnaev, who was hiding in a boat stored in a suburban backyard.