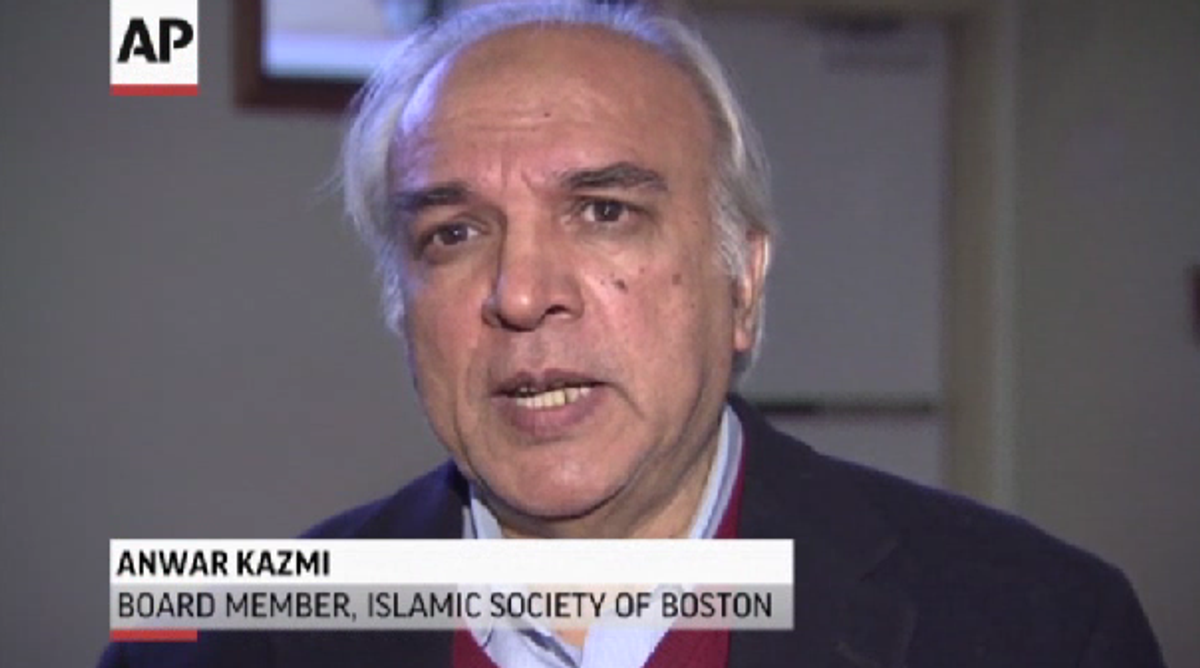 Tamerlan Tsarnaev, who died during the police manhunt in Boston, was a disruptive presence at a Boston area mosque he sometimes attended, the Boston Globe reports:

The older and apparently more radical of two brothers suspected in the deadly Boston Marathon terror bombings, objected to a sermon at a Cambridge mosque on Martin Luther King Day this year in which the speaker compared the Prophet Muhammad with King, known for his advocacy of nonviolence, a mosque official said.

Yusufi Vali, executive director of the Islamic Society of Boston, which runs the mosque, said Tsarnaev told the speaker, “You are a kafir [an unbeliever],” and said he was contaminating people’s minds and was a hypocrite.

Later, a respected volunteer talked with Tsarnaev and told him he needed to decide whether to stay and not shout out or stop coming to the congregation.

Vali said it was the second time that Tsarnaev had made an outburst during one of the speaker’s sermons.

“There was nothing about it that would suggest that he would kill a person,” said Vali.

Anwar Kazmi, a board member of the Islamic Society of Boston, discusses the brothers in this AP video: