The Internet's abuzz about the singer's poem. But what's offensive isn't the verse, it's making a tragedy about her 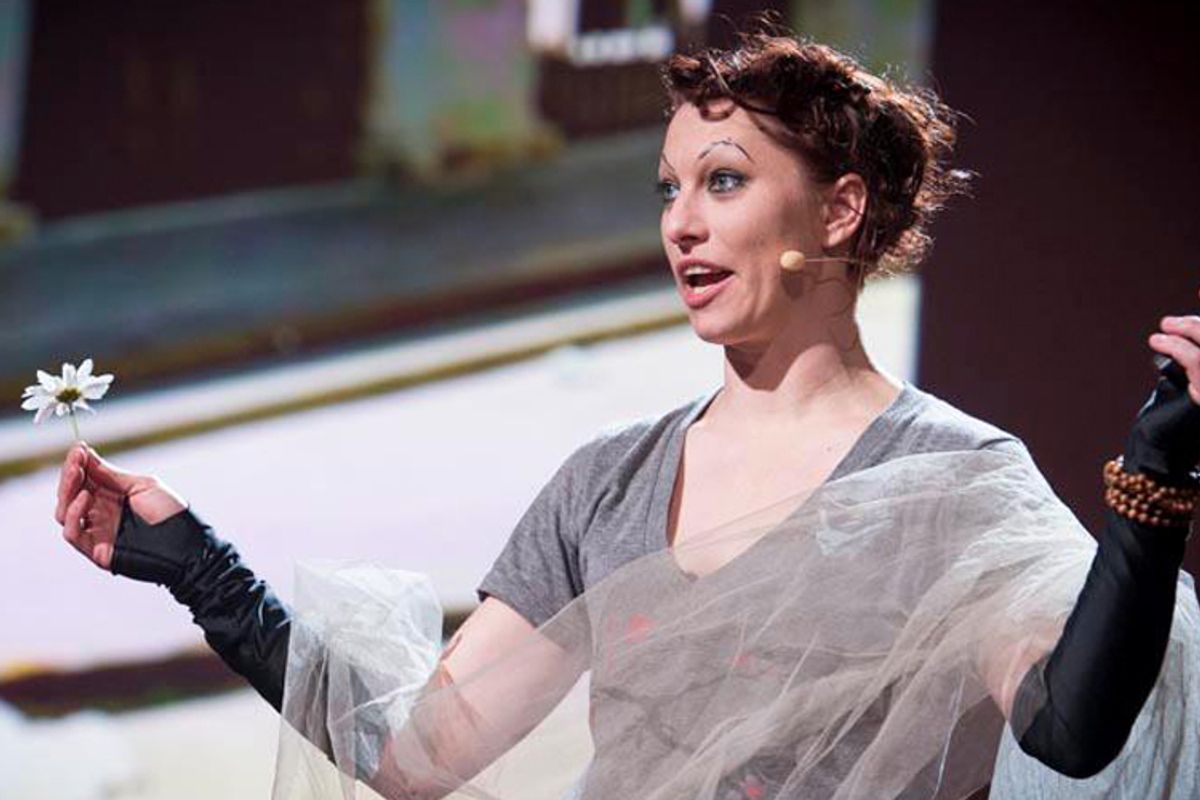 In case you thought the "too soon" response applied only to jokes, or that trolling and poetry don't mix, behold what broke out when musician Amanda Palmer set her feelings about current events to verse.

Palmer, whose online community is nothing if not robust and vocal, posted "A Poem for Dzhokhar" on Sunday. The poem, which takes its title from the first name of Boston Marathon bombing suspect Dzhokhar Tsarnaev, imagines the things a young man might not yet know: "you don’t know how to make something, but the instructions are on the internet/you don’t know how to make sense of this massive parade/you don’t know how to believe anyone anymore … you don’t know why you let that guy go without shooting him dead and stuffing him in some bushes between cambridge and watertown." Underneath, she posted a link to the newly formed One Fund "to help the people most affected by the tragic events that occurred in Boston" -- noticeably right above a link to donate to "give me some help for the time and effort" of Palmer's own work.

After BuzzFeed picked up on the post, Palmer, who's courted controversy before with her outside-the-box methods of financing her musical projects and recruiting musicians, received a surge of responses – both glowingly appreciative and vehemently negative. "Don't fawn over him and pretend he should be mooned over as Just Another Confused Teen," writes one of her commenters, while another praises her work saying, "Hits hard. I'm in tears."

Whatever one think of the artistic merits of the poem itself, its mere existence shouldn't be cause for outrage. It's far too easy to demonize and dehumanize, to comfortably assume that unfathomable acts must be committed by monsters. To take an empathetic view of a suspect is not tantamount to condoning what he's accused of, any more than not wanting to celebrate a reviled figure's death represents approval of the person's life. Palmer, in her poem, isn't asking for mercy for anybody. Instead, she's just making an artistic choice, to envision the perspective of someone whose eyes few of us can ever imagine seeing the world from.

Palmer loses serious goodwill points not in her attempt to do something creatively risky, but in her determined haughtiness about it. On her Twitter stream, she's been aggressively retweeting responses from her followers, giving a neat spotlight to those who call the way she's "made art" so "troubling, compassionate, brave" and how it "continues to inspire me." Sure, she's also noted the criticism, but her tweet that "wow. i'm getting scolded on my blog comments for writing a poem. wasn't expecting that, honestly" seems a tad disingenuous, self-pitying and, well, trollish. That's not an invitation to conversation. It's a plea for validation.

It's not wrong to be inspired by something horrible, or to tell a fictionalized tale from an unpopular perspective. It is, however, not automatically a great work of art or a daring feat of bravery, either. And in the space of just a few hours, Palmer deftly managed to redirect the conversation from the bombing suspect and her own poem itself to – and there's a recurring theme developing here -- Miss Amanda Palmer, and her defensive sense of self-righteousness. Just because it's poetry doesn’t mean it has to be flowery or nice. But taking a tragedy and swiftly making it all about yourself is never pretty – and it isn't art.