Are the Tsarnaev brothers white?

Whatever their racial status, they seem to resemble young American mass murderers more than al-Qaida members 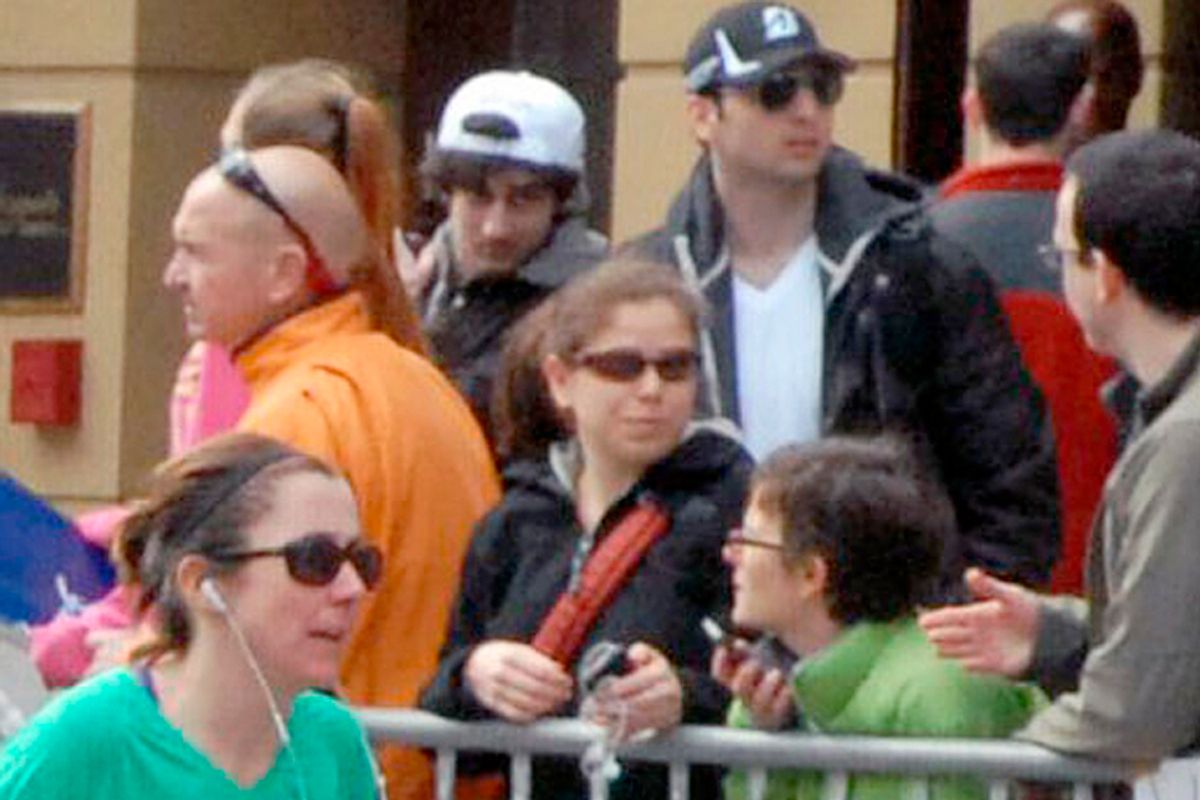 In the wake of David Sirota’s hot-button essay last week, “Let’s Hope the Boston Marathon Bomber Is a White American,” conservatives swarmed to trash Sirota and Salon. I’m not here to defend or criticize Sirota’s piece – I get in enough trouble on these issues myself -- but the storm it provoked was revealing, especially once we learned the identity of the two suspects: Tamerlan and Dzhokhar Tsarnaev, ethnic Chechens who grew up in Russia and came legally to the U.S., who were also Muslim.

Hate mail and punditry targeting Salon and Sirota declared that Sirota was not only morally wrong in hoping the terrorists would turn out to be white -- but that he was proven spectacularly incorrect, because the Tsarnaev brothers are not white.  “Sorry David Sirota, looks like Boston Bombing suspects are not ‘white Americans,’” wrote the folks at Newsbusters. “Is David Sirota crying uncontrollably because the Boston bombers weren't whites??” one conservative emailed Salon. There was a lot of other email in the same tedious vein.

But are we sure the Tsarnaevs aren't white? They are quite literally Caucasian, as in from the Caucuses: Rebecca Eisenberg helps with this handy map.  And ethnically in this country, we count Americans of Russian descent, as well as Chechens, as white. Dzhokhar was a naturalized American citizen; Tamerlan had applied for citizenship but reportedly didn’t get it because of FBI concerns about his possible ties to Islamic radicals.

So why are the Tsarnaev brothers not white, at least to right-wingers? Is it only because they’re Muslim? Muslim immigrants? Or is it because they’re “bad,” and whiteness must be surrendered when white people are bad?

Over its long history America has regularly featured a process of sorting white from nonwhite, even among European immigrant groups. I’m not a huge admirer of the now-dated whiteness studies academic movement, but those scholars did help illuminate the way various groups of European immigrants, particularly the Irish, but also Jews, Italians and Eastern Europeans, “became” white over time, in a complicated process of determined assimilation, gradually lessening prejudice by existing “white” society, and most important, the arrival of newcomers to take the place of the scapegoated nonwhite other, alongside the definitive nonwhite scapegoats, African-Americans. Embracing racism and xenophobia, sadly, could be a shortcut to white status for previously nonwhite European immigrants.

These days, though, Americans of Russian or Chechen descent are unambiguously categorized as “white” by the U.S. Census Bureau, which says it counts as white  all “people having origins in any of the original peoples of Europe, the Middle East, or North Africa. It includes people who reported ‘White’ or wrote in entries such as Irish, German, Italian, Lebanese, Near Easterner, Arab, or Polish.” As I wrote Friday, the anguished outburst of Ruslan Tsarni, the brothers’ uncle in Maryland, was the quintessentially American cry of a newcomer wanting to be identified as a good, patriotic American – not necessarily as white, but certainly not as suspicious “other.”

So conservatives' insistence the Tsarnaevs are absolutely not white is curious, to say the least.

Coincidentally or not, this weekend I got an email from Bo Sears, the head of Resisting Defamation, a conservative organization lobbying for the rights of white Americans as a "diverse demographic affinity group," with the subject line "No to Caucasian." Sears wrote:

Now that the diverse white American peoples are becoming a minority in many states, counties, and cities, we wanted to let you know that we have the right to name and label ourselves.   And we don't like being called a word that sounds like "cock-Asian."

It would be easier to take Sears’ request seriously if he wasn’t appearing to take offense at the “Asian” part of Caucasian (with the kind of juvenile reference to “cock,” which had frankly never occurred to me), and also if he wasn't regularly complaining about an "anti-white narrative" in the mainstream media and calling me personally an anti-white racist. But I wrote him back to ask what he thought whites should be called, whether he sent his broadside against the term "Caucasian" because of the Tsarnaevs, and whether he considered the Tsarnaevs "white." He answered:

We are far too small an organization to attempt to speak affirmatively about a precise name & label for the diverse white American demographic affinity group..no, we've been working on the anti-Cock-Asian message in that email for a couple of weeks. Purely coincidence...based on an upsurge here and there to smother our diversity and nationality with "Cock-Asian." ...To answer your question: the only people who could say that the brothers Tsarnaev were among the diverse white American people would be the Tsarnaevs.  You don't quite understand that Resisting Defamation is not in the border-drawing, definition-making business...we merely resist the campaign of hate speech that we see coming at us.

Interesting enough. But Sears also included a long exegesis of what it meant that Tamerlan Tsarnaev had the name of the bloody 15th century central Asian-Muslim warlord Tamerlane, which he said was akin "to naming an American child 'Stalin-Mao-Hitler."  Which seemed to indicate he considered the Tsarnaevs more Asian, or maybe "Cock-Asian," than good old-fashioned American white.

We still know comparatively little about the Tsarnaev brothers, but they seem to have more in common with other American mass murderers than with al-Qaida terrorists of any race and ethnicity. No less an expert than former CIA Deputy Director Philip Mudd said on Fox News Sunday that they have more in common with the Columbine killers than with hardened al-Qaida terrorists. Likewise, Columbine expert Dave Cullen compares the “dyad” of apparent mastermind Tamerlan and follower-younger brother Dzhokhar to the Columbine pair of disturbed plot architect Eric Harris and follower Dylan Klebold.

It also must be noted, while we’re on the subject of profiling, that this is a problem of American males roughly between the ages of 18 and 26: Harris and Klebold were 18; Virginia Tech mass-murderer Seung-Hui Cho was 23; more recently, the Aurora, Colo., theater shooter, James Holmes, is 25; Clackamas, Ore., mall shooter Jason Tyler Roberts is 22; Newtown’s Adam Lanza was 20. We may well learn that radical Islam drew the alienated 26-year-old Tamerlan Tsarnaev toward violence – right now we have no evidence that 19-year-old Dzhokhar had any connection to Islamic militants -- but we should also acknowledge that his alienation is a common trait among American men his age.

Our confusion about whether the Tsarnaevs are “white,” and the right wing’s determination to say they aren’t, just underscores the eternally silly project of racial categorization anyway.  Race is a social construct, mainly used to establish invidious hierarchies and scapegoats. Despite the persistence of racism and white advantage, these lines are beginning to blur in our increasingly mixed, multiracial society – but right-wingers are going to police these lines as long as they can.

The main point of Sirota’s piece – which I wouldn’t have written in quite the same way – was that since white Americans tend to escape scapegoating and profiling when members of their tribe do something bad, a white Boston bomber wouldn’t trigger a destructive new wave of racial profiling, anti-Muslim agitation or generalized xenophobia. Somehow it’s hard for the right, and even for many in the media, to see white abortion-clinic bombers, or even Timothy McVeigh, as every bit as guilty of terrorism as the Tsarnaevs, if not more so.

The determination to define the Tsarnaevs as nonwhite, no matter what the Census Bureau says, as well as label them “enemy combatants” based on no evidence, proves that in many ways, Sirota was absolutely right.