From Rand Paul to Lindsey Graham, the Boston bombings have brought out the absolute worst in the Republican Party 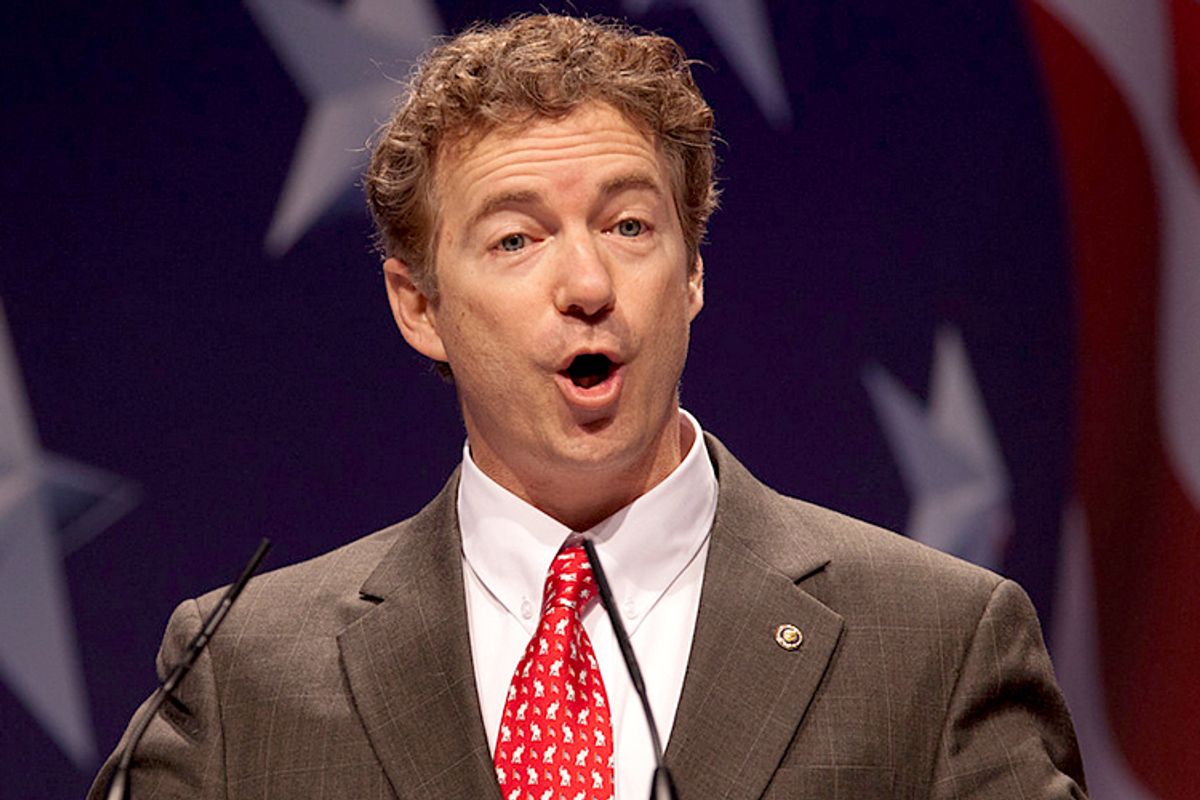 The xenophobia has already begun.

Senator Rand Paul (R-Ky) in a letter to Senate Majority Leader Harry Reid today urged him to reconsider immigration legislation because of the bombings in Boston. “The facts emerging in the Boston Marathon bombing have exposed a weakness in our current system,” Paul writes. “If we don’t use this debate as an opportunity to fix flaws in our current system, flaws made even more evident last week, then we will not be doing our jobs.”

Senator Chuck Grassley (R-Iowa), senior Republican senator on the Senate Judiciary Committee, which is responsible for an immigration reform bill, is using much the same language – suggesting that the investigation of two alleged Boston attackers will “help shed light on the weaknesses of our system.”

Can we just get a grip? Dzhokhar Tsarnaev is a naturalized American citizen. He came to the United States when he was nine years old. He attended the public schools of Cambridge, Massachusetts, not far from where I lived.

Immigration reform is not about national security, in any event. It’s about doing what’s right, and giving the estimated 11 million undocumented immigrants in America — many of them here for years, working at jobs and paying withholding taxes, and many of them children — a path to citizenship.

It’s about making sure they aren’t exploited by employers and others who know they won’t complain to authorities. And giving their families the security of knowing that they can live peacefully and securely without fearing deportation.

That path shouldn’t be so easy as to invite others from abroad to abuse the system, and the nation has every right to demand that undocumented immigrants pay a penalty and move to the back of the queue when it comes to attaining citizenship. But the path should be reasonable, straightforward, and fair.

Other Republicans want President Obama to declare the surviving Boston bombing suspect an “enemy combatant,” in order to question him without any of the protections of the criminal justice system.

Senator Lindsey Graham (R-S.C.) says treating him as an enemy combatant is appropriate “with his radical Islamist ties and the fact that Chechens are all over the world fighting with Al Qaeda.”

Hold it. Tsarnaev was arrested on American soil for acts occurring in the United States. No known evidence links him to Al Qaeda. He is Muslim — so is Graham really saying Muslims are presumed guilty until proven otherwise?

During the Bush administration, the Supreme Court upheld the indefinite military detention of Yaser Esam Hamdi, an American citizen. But he was captured carrying a weapon on an Afghanistan battlefield, and the Court said the purpose of wartime detention was to keep captured enemies from returning to fight, and that “indefinite detention for the purpose of interrogation is not authorized.”

Memo to the Xenophobe Party: The so-called “war on terror” is a war without end. If we arrest American citizens and hold them indefinitely without trials, without lawyers, and without the protection of our system of justice, because we suspect they have ties with terrorists, where will that end?

Our civil rights and liberties lie at the core of what it means to be an American, and we have fought for over two centuries to protect and defend them.

The horror of the Boston Marathon is real. But the xenophobic fears it has aroused are not. I would have hoped United States senators felt an obligation to calm public passions than pander to them.

We need immigration reform, and we must protect our civil liberties. These goals are not incompatible with protecting America. Indeed, they are essential to it.