An upstart in original programming, Amazon has selected comedies that tease the status-quo 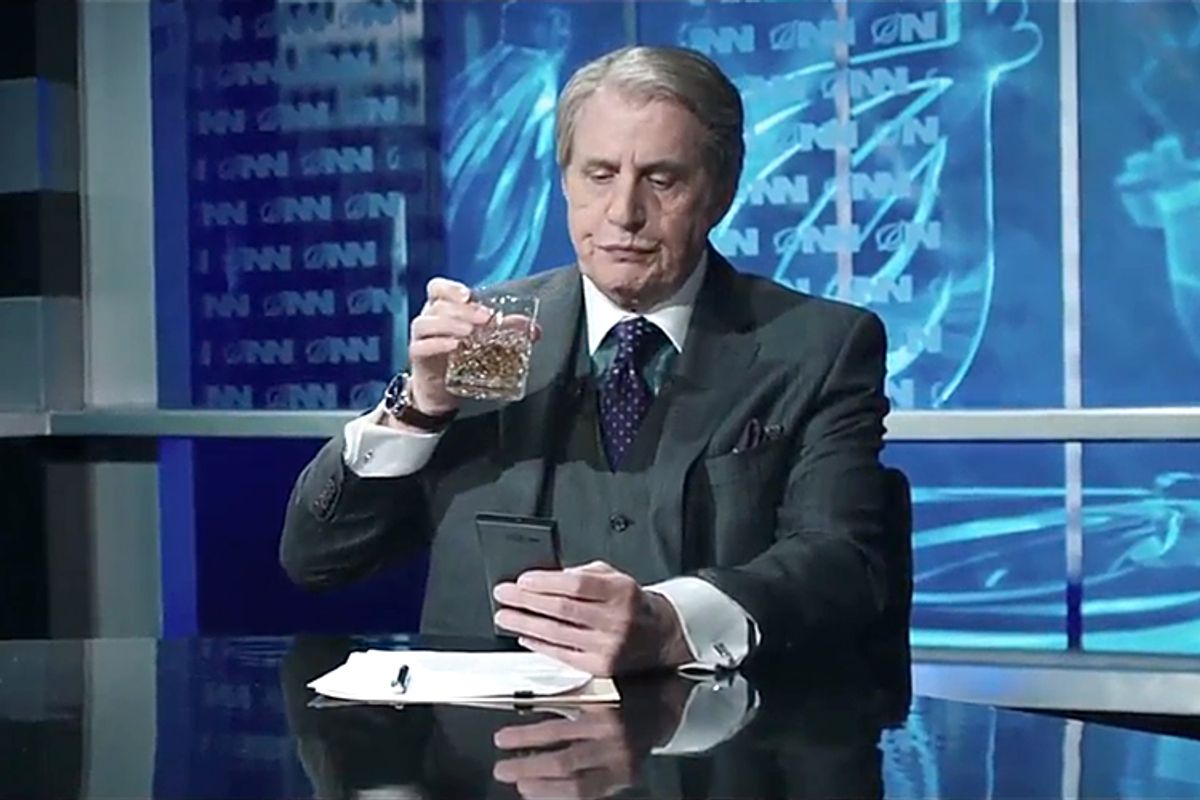 On Friday, Amazon made the pilots for eight sitcoms (and six kids shows) available to be streamed for free. After watching, viewers can opine and check boxes about the series in a survey, similar to a course evaluation form. Based on the responses, as well as focus group information and viewing data, Amazon will give some of these shows a 13-episode order. When ABC picks up a sitcom about two working-class guys who start to dress in drag to secure jobs, one wonders what on earth ABC executives were thinking. If Amazon picks up a musical comedy set at a faux-Huffington Post where Bebe Neuwirth plays Arianna Huffington and sings about how she is “someone with whom not to fuck,” we will only have ourselves to applaud.

That particular pilot, “Browsers,” about a batch of interns working at a site called the Daily Gush, at least lampoons its setting in an original, tech-savvy “Cop Rock” kind of way. (One song is about the power of tweeting: “When I Tweet I am Free.” Another, "Going Viral," is about locating viral videos. Sample lyric: “Everywhere I look I see a chipmunk on a water ski/a fat baby dance amusingly.”) The rest of the pilots — six live-action, two animated — lampoon in a more predictable fashion. They’re all satirical, filthy-mouthed and high-concept. Amazon may be letting us “choose” among the pilots, but it has already done some assiduous pre-selection. An upstart in original programming, it has selected shows that tease the status quo. Not a bad brand strategy.

The sitcoms vary in prestige — “Alpha House,” about D.C. politicians, comes from Garry Trudeau, stars John Goodman and features a cameo from Bill Murray —  but not much in tone. They all have a frenetic pace, lots of curses and pop-culture references, and point out the foolishness of seemingly cool or important workplaces, be they Congress, a news site, a tech start-up, a cable news show, a high school, a space station. There are no simple sitcom premises here, no groups of friends, no families. The most low-key workplace is a high school, but the main characters of “Those Who Can’t” are three unhinged teachers who seem to hate their jobs and the kids so much it barely resembles a normal educational facility.

The characters on these shows are largely interchangeable. The pilots all traffic in similar 20-something, tech-savvy archetypes — Amazon’s target audience. If you shook up the casts of “Browsers,” “Betas,” about young guys working at a tech start-up in Silicon Valley, and the “Onion News Network,” the shows would remain intact, still populated by the ultra-driven guy, the idealistic chick, the high-strung striver, the laid-back cool Asian girl, the raunchy male sidekick and so on. The wide-eyed 20-something narrator of “Zombieland” or one of the unhinged teachers of “Those Who Can’t” would fit right in as well. (The most original character comes in the animated “Supanatural,” about two women who work in a mall and are also experts on the occult. Lucretia is a chubby white woman who, like Honey Boo Boo, “talks black,” wears corn rows and has giant gold earrings. The characterization is a mess, but it is not like anything else on TV.) Even the older actors are similar: The politicians of “Alpha House” are grown men, but they’re engaging in adolescent high jinks too. And the scenery-chewing elder statesman seems to almost be a requirement: Neuwirth has a kindred spirit in “Onion News Network’s” terrifying, falcon-owning lady boss. Ed Begley Jr. appears on “Betas” and Jeffrey Tambor shows up as a narcissistic anchor on “ONN.”

Sitcom pilots are really hard. Many a great comedy did not have a great pilot. So much of a sitcom’s humor comes from the specificity of the characters, an alchemy between actor and material that transforms a bunch of clichéd characteristics into a plausible, funny person. That takes time to develop. But Amazon’s pilots don’t help themselves by being so frenetic; there’s barely time to get to know any of the characters, too much attention is heaped on the milieu.

Also not helping is the delivery mechanism: watching Garry Trudeau’s “Alpha House” in the same forum as the juvenile and amateur “Those Who Can’t,” a show full of off-putting racial humor — one of the teachers pops down to the ghetto to buy some heroin, and then hires the same black guys he bought drugs from to beat up a student, because you know black guys, they can always be relied on to do the illegal stuff — makes “Alpha House” seem lesser than it would if it were airing after “Veep.” Amazon is suggesting that "Alpha House" and "Those Who Can't" are in the same league, and once they’ve pointed it out, it starts to feel like they might have a point.