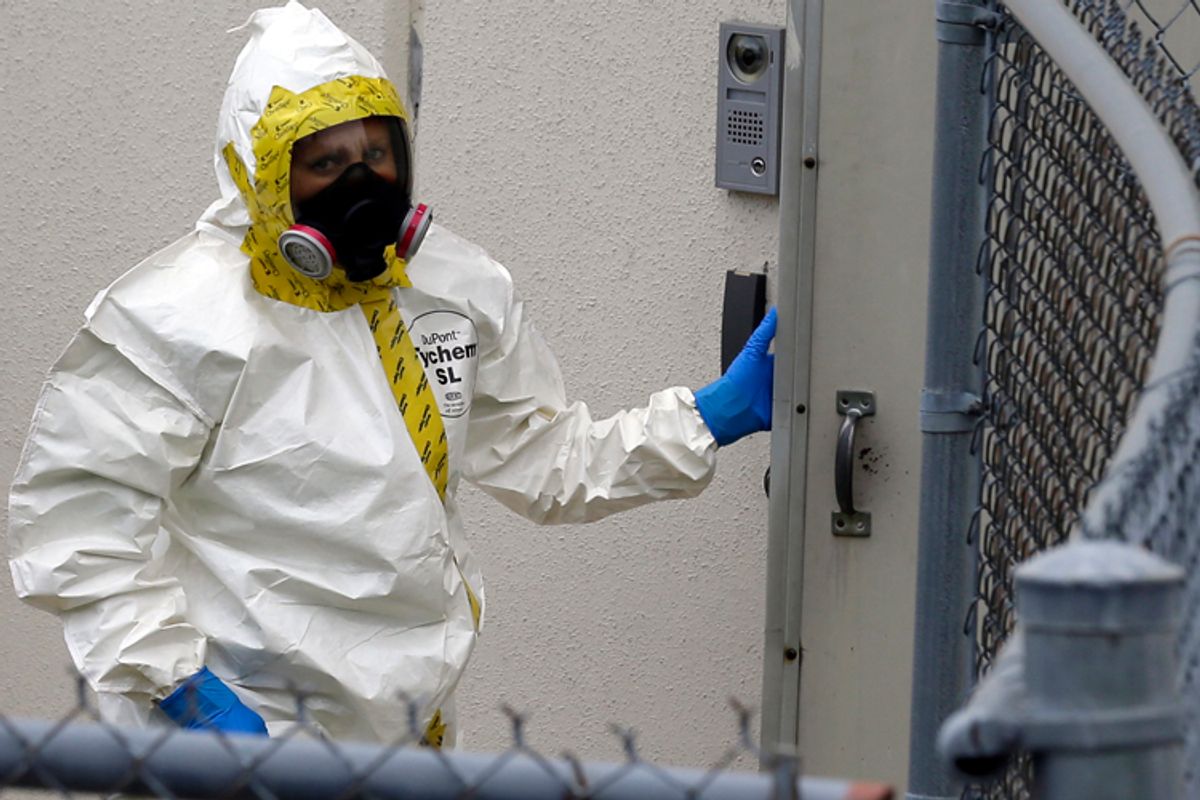 Facebook
Twitter
Reddit
Email
view in app
OXFORD, Miss. — The Mississippi man charged with sending poisoned letters to President Barack Obama, a U.S. senator and a state judge was released from jail on Tuesday, federal official said, though the reason for the release wasn’t immediately clear.Jeff Woodfin, chief deputy with the U.S. Marshals Service in Oxford, Miss., said Paul Kevin Curtis has been released from custody. Woodfin said he doesn’t know if there were any conditions on the release.
The development comes hours after officials canceled a detention and preliminary hearing without explaining the reason for the change.His lawyer Christi McCoy, who has been pushing for the charges to be dropped, said in a text message Tuesday that she could only confirm that her client has been released.

“I can tell you he is with his family,” McCoy said.

McCoy has said that there is a news conference scheduled for 5 p.m. CDT with federal authorities and defense attorneys.

Curtis was arrested last Wednesday at his house in Corinth, Miss., and charged with sending ricin-laced letters to Obama, Sen. Roger Wicker and a Lee County, Miss., judge.

Tuesday’s hearing in federal court was canceled about 90 minutes after it was supposed to begin. Lawyers spent that time conferring with the judge. Later, Curtis and family members were escorted into a meeting room with his lawyers, followed by a probation officer.

On Monday, FBI Agent Brandon Grant testified that Friday searches of Curtis’ vehicle and house in Corinth, Miss., found no ricin, ingredients for the poison, or devices used to make it. A search of Curtis’ computers found no evidence he researched making ricin.

“There was no apparent ricin, castor beans or any material there that could be used for the manufacturing, like a blender or something,” Grant testified. He speculated that Curtis could have thrown away the processor.

Through McCoy, Curtis has denied involvement in letters containing ricin sent to Obama, Mississippi Republican Sen. Roger Wicker, and a Lee County, Miss., judge. The first of the letters was found April 15.

“The searches are concluded, not one single shred of evidence was found to indicate Kevin could have done this,” McCoy told reporters after the hearing Monday.

McCoy also questioned why Curtis would have signed the letters “I am KC and I approve this message,” a phrase he had used on his Facebook page.

McCoy said in court that someone may have framed Curtis, suggesting that a former business associate of Curtis’ brother, a man with whom Curtis had an extended exchange of angry emails, may have set him up.

Still, Grant testified that authorities believe they have the right suspect.

“Given the right mindset and the Internet and the acquisition of material, other people could be involved. However, given information right now, we believe we have the right individual,” he said.

Grant said lab analysis shows the poison in the letters was in a crude form that could have been created by grinding castor beans in a food processor or coffee grinder.

Grant testified Friday that authorities tried to track down the sender of the letters by using a list of Wicker’s constituents with the initials KC, the same initials in the letters. Grant said the list was whittled from thousands to about 100 when investigators isolated the ones who lived in an area that would have a Memphis, Tenn., postmark, which includes many places in north Mississippi. He said Wicker’s staff recognized Curtis as someone who had written the senator before.