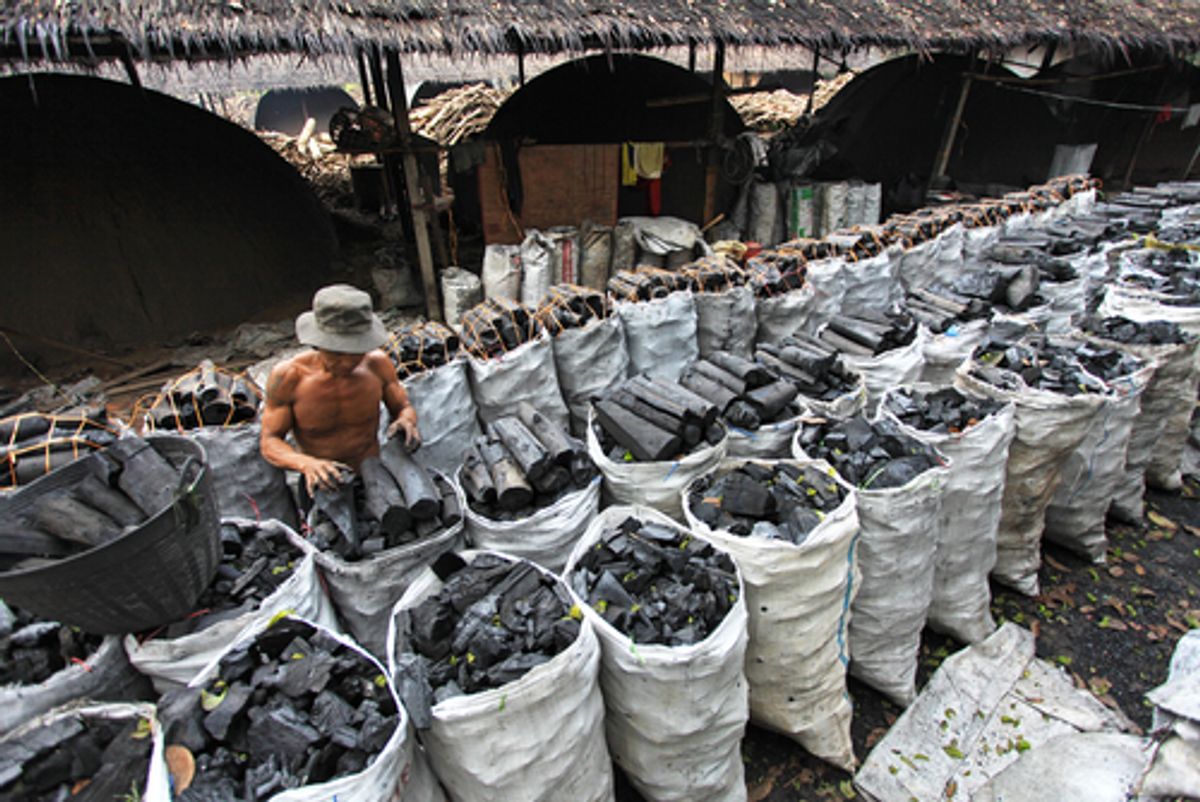 A new 60-page report from the AFL-CIO condemns corporate-funded auditing programs, which are intended to assess working conditions along the supply chains of major American companies. According to the scathing review, auditors enable corporations to run factories in places like Pakistan, Indonesia, China and Latin America with poor, unsafe working conditions, while paying low wages. The audits, says the report, are a "facade" that provide "public relations cover for producers whose disregard for health and safety has cost hundreds of lives."

Via the report, titled "Responsibility Outsourced":

The failure of governments to protect workers’ rights in the global economy has left a yawning gap of regulation and helped spawn an $80 billion industry in corporate social responsibility (CSR) and social auditing. yet the experience of the last two decades of “privatized regulation” of global supply chains has eerie parallels with the financial self-regulation that failed so spectacularly in 2007 and plunged the world into deep and lasting recession...

Many of the best-established CSR brands, such as the Fair Labor Association and Social Accountability International, are funded by big corporations and sometimes even by government subsidy. This report shows how the overwhelming influence of the company bottom line has dominated the agendas of the FLA, SAI and similar groups, while the workers who are supposed to benefit from CSR have been marginalized or altogether ignored.

The fact that a garment factory in Pakistan could get SAI certification based on some phone calls and some meetings outside Pakistan, and yet be so dangerous that a September 2012 fire killed nearly 300 workers, should have led to a complete overhaul of the CSR industry. But there is no sign the root and branch reform needed will actually happen. All the indications are that it is business as usual for CSR.

The AFL-CIO acknowledges that international governments and the U.N. are pushing for reform, but the labor unions federation urges that "ultimately, it is through freedom of association and organizing unions that workers have the best chance to defend their interests." As HuffPo noted, "Social Accountability International is a recipient of much of the report's criticisms, along with another non-profit, the Fair Labor Association, which has monitored the Foxconn plant that supplies Apple." Via HuffPo:

"I think they are well-meaning, but they do more harm than good," said Sharan Burrow, general secretary of the International Trade Union Confederation, the largest union federation in the world. "It's more about a corporate whitewash than a deepening of worker protections. It's not an appropriate model."

Social Accountability International and Fair Labor Association declined to address the report directly, noting that they hadn't had a chance to review its contents.