Bombing suspects' mother could be arrested if she returns to U.S. 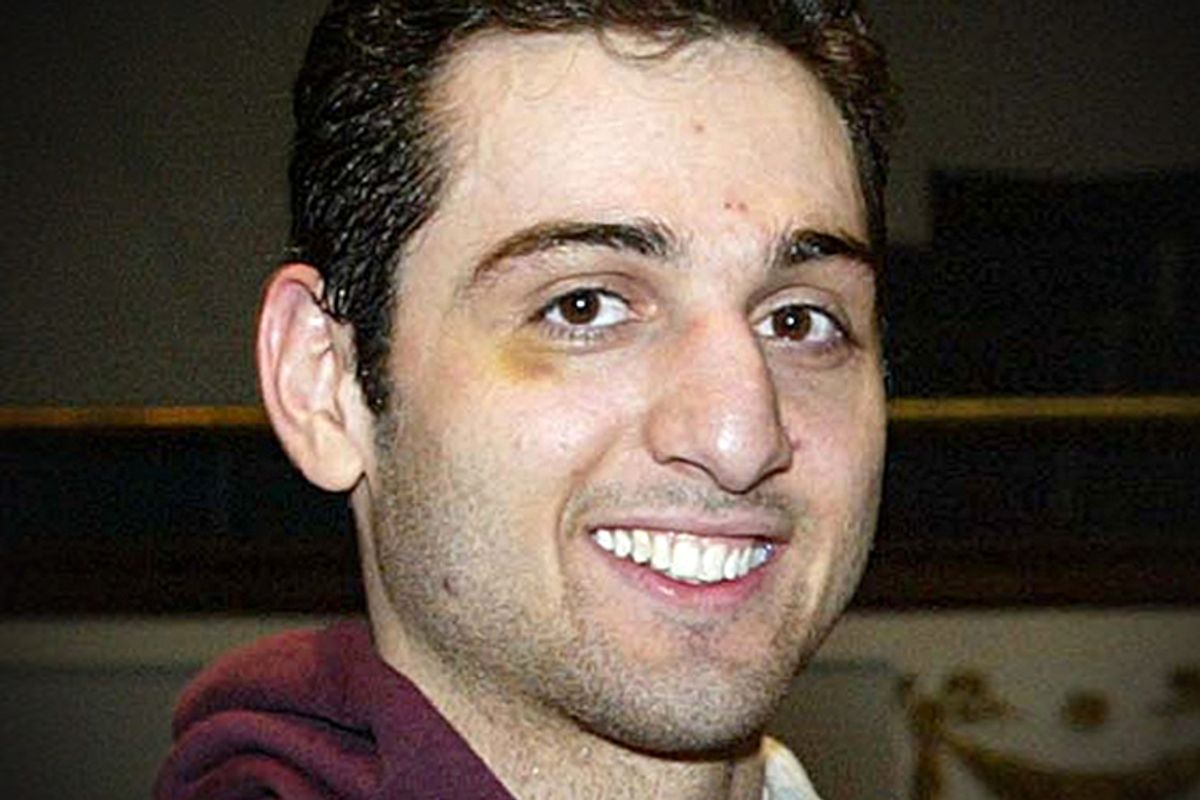 One of her sons is dead, and the other is in the hospital.

Yet the mother of the Boston Marathon bombing suspects has not returned to the United States from the Russian republic of Dagestan to bury the oldest boy or to care for the youngest — despite her claims they are innocent.

The reason could be Zubeidat Tsarnaeva’s own legal problems: she could be arrested on an outstanding warrant for shoplifting if she sets foot on US soil.

An official from the Natick District Court told ABC News that Tsarnaeva — her last name is slightly different from her sons' because in Russian, all female names end in "a" — failed to appear in court on Oct. 25 to face charges she stole $1,600 worth of designer clothing from a department store.

Politico said the presiding judge issued a warrant for her arrest.

Her reluctance to return to the US, though, hasn’t stopped the FBI from questioning Tsarnaeva about the serious allegations against her sons. The young men are accused of planting and detonating two bombs near the finish line of the Boston Marathon on April 15, killing three people and injuring more than 200 others.

Tsarnaeva went to the Russian security agency building in the Dagestan capital of Makhachkala on Tuesday and Wednesday, where she reportedly spoke with US and Russian investigators.

Investigators want to know how the two brothers, Tamerlan, 26, and Dzhokhar, 19, were radicalized.

Tsarnaeva’s sons have roots in Dagestan and neighboring Chechnya, but grew up in Kyrgyzstan and the United States.

Tamerlan, however, is known to have spent six months in Russia’s Caucasus in 2012, where religious extremists have been carrying out attacks against Russian security services for years.

From his hospital bed in Boston, where many of the victims of the April 15 attack are being treated, Dzhokhar told investigators that he and his brother were “motivated by religious fervor and anger over U.S. involvement in the Iraq and Afghan wars,” USA Today wrote.

Dzhokhar has been charged with using a weapon of mass destruction and could face the death penalty if convicted. Tamerlan was killed during a gunfight with police.