The USPS claims disgraced cyclist "unjustly enriched" himself. But why did they sponsor him in the first place? 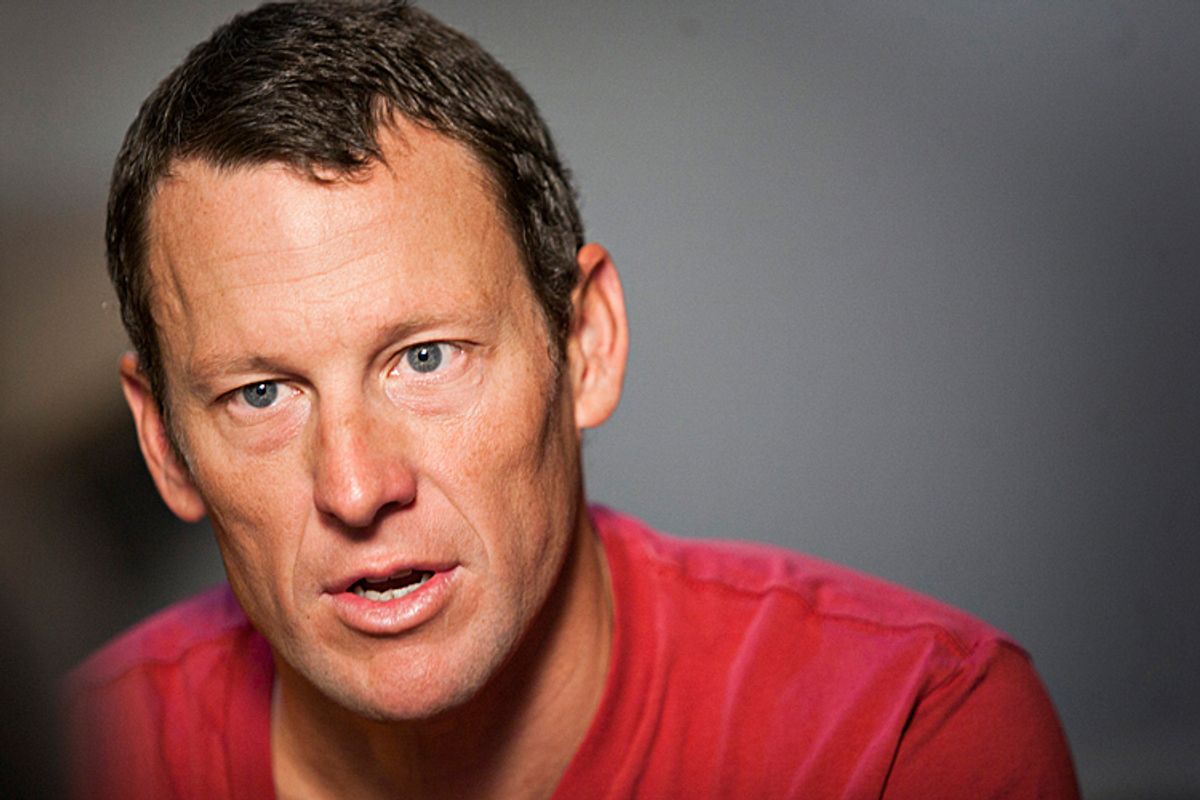 The Lance Armstrong beatdown continues apace. The disgraced former cycling superstar, who recently capped several years of vehement, passionate denials of doping with a half-assed admission and a mea culpa to Oprah Winfrey, has been trying to salvage his decimated public image. After withdrawing from his leadership role at his Livestrong charity and losing sponsors faster than NBC can lose viewers, he's made a few noises about returning to competition, but has largely receded from the public eye.

But Armstrong has not been forgotten – especially by the U.S. government. On Tuesday, the Justice Department filed a 28-page complaint against the man, detailing what USA Today plain-spokenly refers to as "several years of lying, cheating and manipulating" Uncle Sam during the six years he was sponsored by the Postal Service.

The suit claims "the USPS paid approximately $40 million to sponsor [Armstrong's] USPS cycling team from 1998 to 2004," a period Armstrong is charged with using "prohibited drugs" in violation of his contract. Under the False Claims Act, Armstrong could be held accountable for $100 million in damages. On the bright side, it looks like the government has come up with a plan to help the economy.

In retrospect, one might question why – and indeed how -- our less-than-thriving postal system, a service so desperate it recently toyed with eliminating Saturday deliveries, managed to throw around 40 mil at Armstrong's team. Yet government backing of sports isn't unusual. In 1992, the Postal Service spent close to $122 million on Olympics sponsorships. And only last year, the House put up a successful fight to retain the U.S. Army's NASCAR sponsorship. Your tax dollars at work, America.

The government lawsuit claims that "riders on the USPS-sponsored team, including Armstrong, knowingly caused material violations of the sponsorship agreements by regularly and systematically employing banned substances and methods to enhance their performance." It alleges that Armstrong and his teammates were "unjustly enriched" -- which is exactly the title of the bodice-ripping vampire bestseller I wish I'd written.

Armstrong's defense team, meanwhile, calls the suit an "opportunistic and insincere" gambit. But gosh, when you're pitting an athlete who spent the better part of his career outraged that anyone would accuse him of doping, and a Postal Service that threw $40 million at him and his team and now wants more than double that back, it looks like there's more than enough insincerity and opportunism to go around.