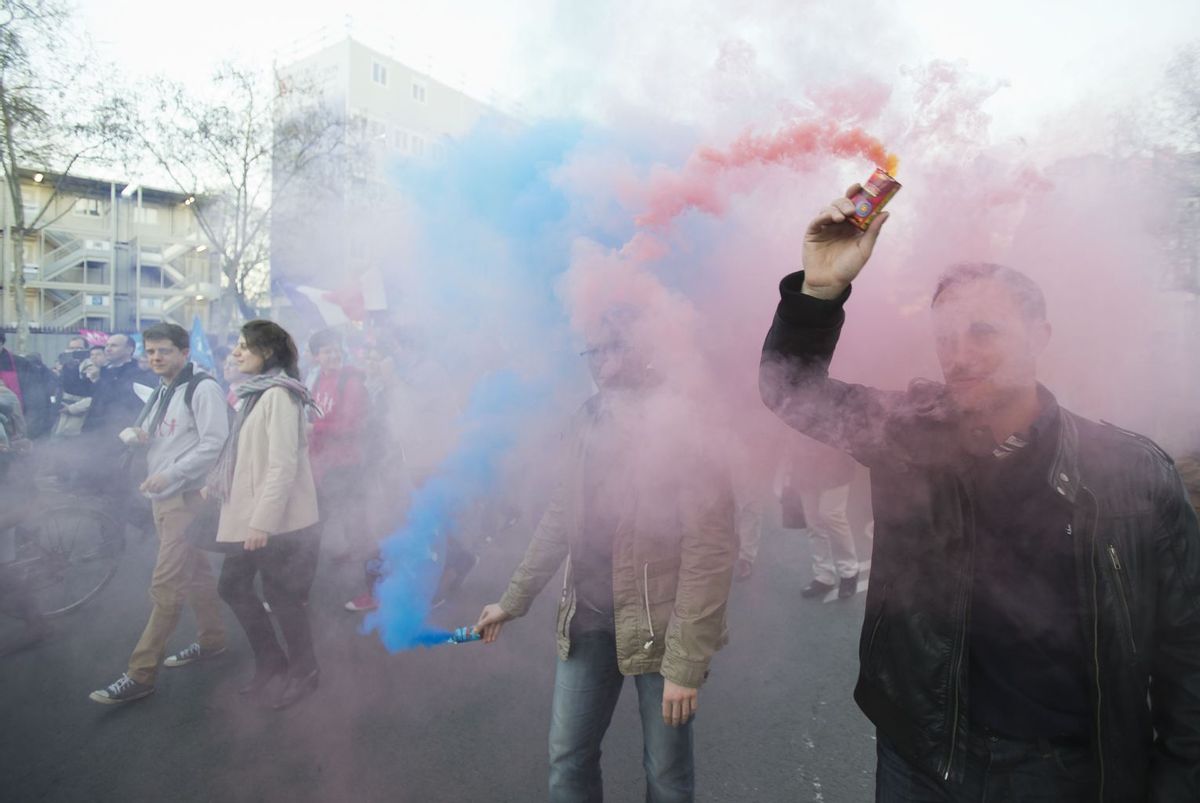 While others in the country celebrated, protests in Paris, Lyon and elsewhere took an aggressive, sometimes violent, turn following the French parliament's vote to legalize gay marriage and extend equal adoption rights to same-sex couples.

In the final reading of the proposal on Tuesday, the National Assembly voted 331 to 225 to adopt the bill. Soon after, anti-gay marriage protestors in Paris began to clash with riot police stationed in the area.

As reported by the Local:

Despite the requests of organizers that marchers disperse peacefully, a hard core group of around 500 refused to leave the Invalides.

Their anger soon boiled over as bottles and firecrackers were hurled at the riot police, who had blocked off a street leading to the parliament.

One officer was taken to hospital with a head wound after being hit by a brick. “The clashes were extremely violent,” one officer told French media.

Police, who responded with tear gas, made 12 arrests. The protesters also turned their ire on journalists in the vicinity, shouting “scumbags" and “collaborators” at the members of the press. At one point a mob of masked protesters chased a group of journalists down the street and a photographer from AFP was sprayed with tear gas.

There were also violent clashes in the city of Lyon, where anti-gay marriage protesters took to the streets to express their anger. Police said they had made 44 arrests.

Video of the celebration and protests following the Tuesday vote:

Video of an anti-gay marriage protest in Lyon: