Why people believe in conspiracy theories

An expert explains the psychology of conspiratorial thinking 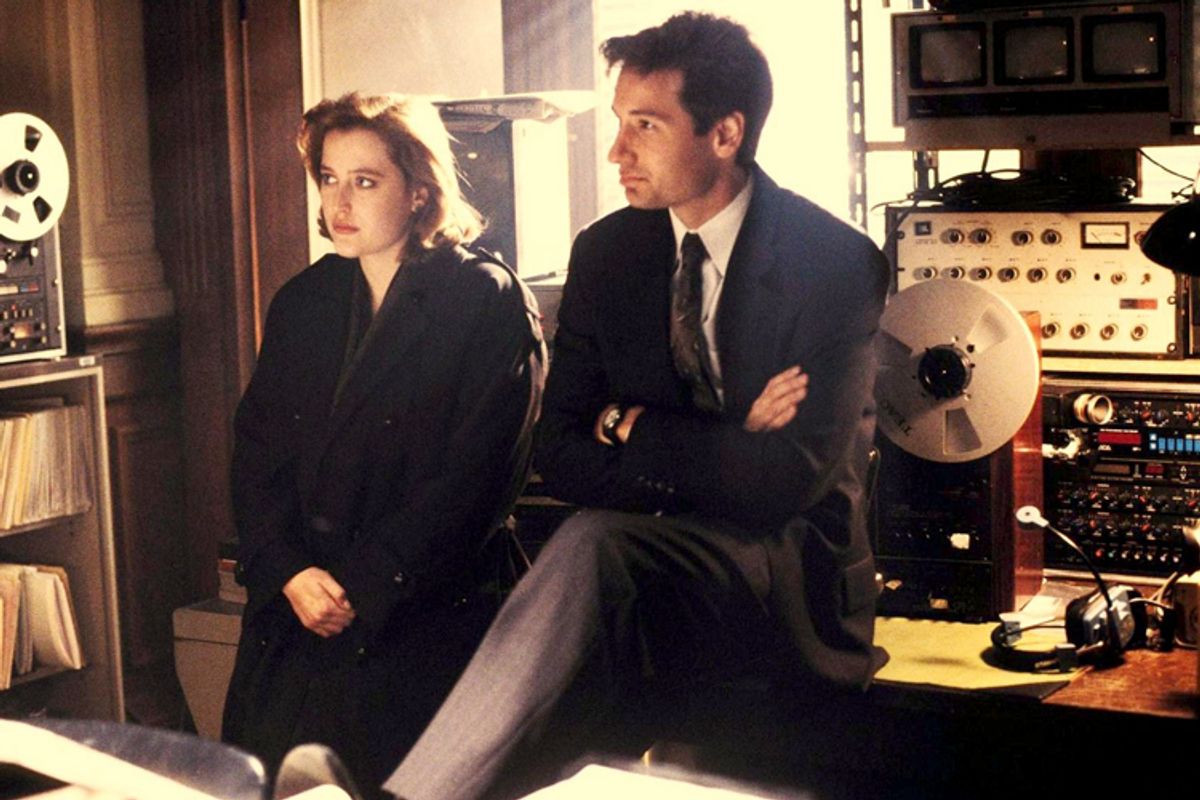 We've written before about the historical and social aspects of conspiracy theories, but wanted to learn more about the psychology of people who believe, for instance, that the Boston Marathon bombing was a government "false flag" operation. Psychological forces like motivated reasoning have long been associated with conspiracy thinking, but scientists are learning more every year. For instance, a British study published last year found that people who believe one conspiracy theory are prone to believe many, even ones that are completely contradictory.

Professor Stephan Lewandowsky, a cognitive scientist at the University of Western Australia, published a paper late last month in the journal Psychological Science that has received widespread praise for looking at the thinking behind conspiracy theories about science and climate change. We asked him to explain the psychology of conspiracy theories. This conversation has been edited for brevity and clarity.

First of all, why do people believe conspiracy theories?

There are number of factors, but probably one of the most important ones in this instance is that, paradoxically, it gives people a sense of control. People hate randomness, they dread the sort of random occurrences that can destroy their lives, so as a mechanism against that dread, it turns out that it's much easier to believe in a conspiracy. Then you have someone to blame, it's not just randomness.

What are the psychological forces at play in conspiracy thinking?

Basically what's happening in any conspiracy theory is that people have a need or a motivation to believe in this theory, and it's psychologically different from evidence-based thinking. A conspiracy theory is immune to evidence, and that can pretty well serve as the definition of one. If you reject evidence, or reinterpret the evidence to be confirmation of your theory, or you ignore mountains of evidence to focus on just one thing, you're probably a conspiracy theorist. We call that a self-sealing nature of reasoning.

Another common trait is the need to constantly expand the conspiracy as new evidence comes to light. For instance, with the so-called Climategate scandal, there were something like nine different investigations, all of which have exonerated the scientists involved. But the response from the people who held this notion was to say that all of those investigations were a whitewash. So it started with the scientists being corrupt and now not only is it them, but it's also all the major scientific organizations of the world that investigated them and the governments of the U.S. and the U.K., etc., etc. And that's typical -- instead of accepting the evidence, you actually turn it around and say that it's actually evidence to support the conspiracy because it just means it's even broader than it was originally thought to be.

Are there certain types of people who are more prone to believing in conspiracy theories than others? Does it match any kind of political lines?

I don't think there is a systematic association between political views and the propensity to believe in conspiracy theories. There are some studies that suggest people on the political left are inclined to it, and there are some that suggest people on the right are. But it's always a weak association. There are some theories that appeal to only one side, however. For example, the idea that 9/11 was an inside job was fairly common among Democrats in the early part of the 2000s, and very few Republicans believed it at the time. But conversely, the idea that the U.N. is trying to create a world government is predominantly held by people on the right, but not at all by people on the political left. So it really doesn't depend on politics.

Everyone is prone to some degree of bias and motivated reasoning -- where do you draw the line, if there is one?

The crucial difference between having a preconceived notion -- we all do that, of course -- and conspiratorial thinking is when you get into that self-sealing reasoning and ignore every piece of evidence that is pointing the other way, when you're starting to broaden the circle of conspirators, and when your skepticism gets to be nihilistic -- when you believe absolutely nothing that the government or the media is saying -- that's when you've crossed the line.

I hear a lot of stories from people who email or from friends who have a brother, or cousin, or friend who they say is normal and smart, but then they're horrified to find conspiratorial stuff on their Facebook page or whatnot. One was even a medical student at a very prestigious school. How do otherwise smart and reasonable people end up believing this stuff?

Well, there is no relationship to intelligence, in my experience. Many of these people are actually quite smart, though not all, so it's not that. It's the need to explain and control, as I said, but it can be other things also: A general sense of disgruntlement, feeling excluded from society. Feeling discriminated against. Even insecurity in one's job.

And it's often with good reason. For instance, the conspiracy theory that AIDS was created by the U.S. government is held disproportionately by African-Americans. In a sense, there is good reason to have that suspicion, since it wasn't that long ago that, in the 1950s or even later, that the U.S. government was sterilizing African-Americans and doing all sorts of horrible things to them without their consent. So some conspiracy theories have a grain of historical truth in them -- that's not to say the theories are true, but the conditions that give rise to them are.

How should we think of conspiracy theorists? They're often dismissed as fringey nuts, but an awful lot of Americans believe in one conspiracy or another.

First of all, any extraordinary event will be followed by conspiracy theorizing. I can tell you that right now. Whatever happens tomorrow, there will be a conspiracy theory about it. Number two, I think it's important that we understand that it satisfies a need. It isn't that these people are necessarily disordered or marginal members of society. After all, not that long ago, half of Republican primary voters thought President Obama was born outside the U.S. So, if half of one segment of a population believes in a conspiracy theory then you can't talk about marginal elements and you have to accept that it's a real part of society and serves a need. And I think we have to understand that need and find ways for society to find other ways in which that need can be satisfied.