George Bush: I won't weigh in on gay marriage

"I’ve made the decision to get off the stage,” he told CBS News 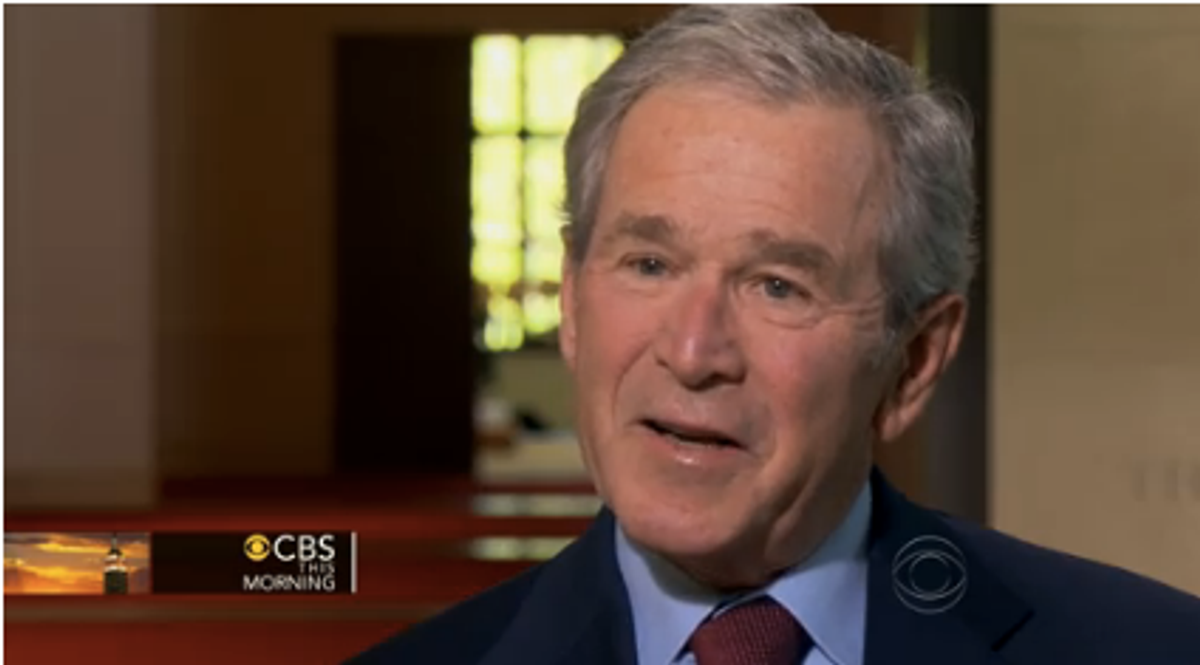 No, George W. Bush won't be joining the ranks of Bill Clinton and Jimmy Carter by throwing his support behind marriage equality now that he is safely out of the White House. He is, as ever, his same-old, constitutional-amendment-against-same-sex-marriage-supporting self -- nude self-portraits and image rehab efforts be damned.

In an interview with Charlie Rose on CBS News, Bush said that he wouldn't comment on same-sex marriage (after happily commenting on national security and immigration reform, it is worth noting): “Yeah, well, I’m not, I’m not weighing in on these issues, as you know, because I’ve made the decision to get off the stage. And so I’m off the stage,” he told Rose.