Though he gave a spirited defense of abortion rights, Obama did not use the word "abortion" once during his remarks 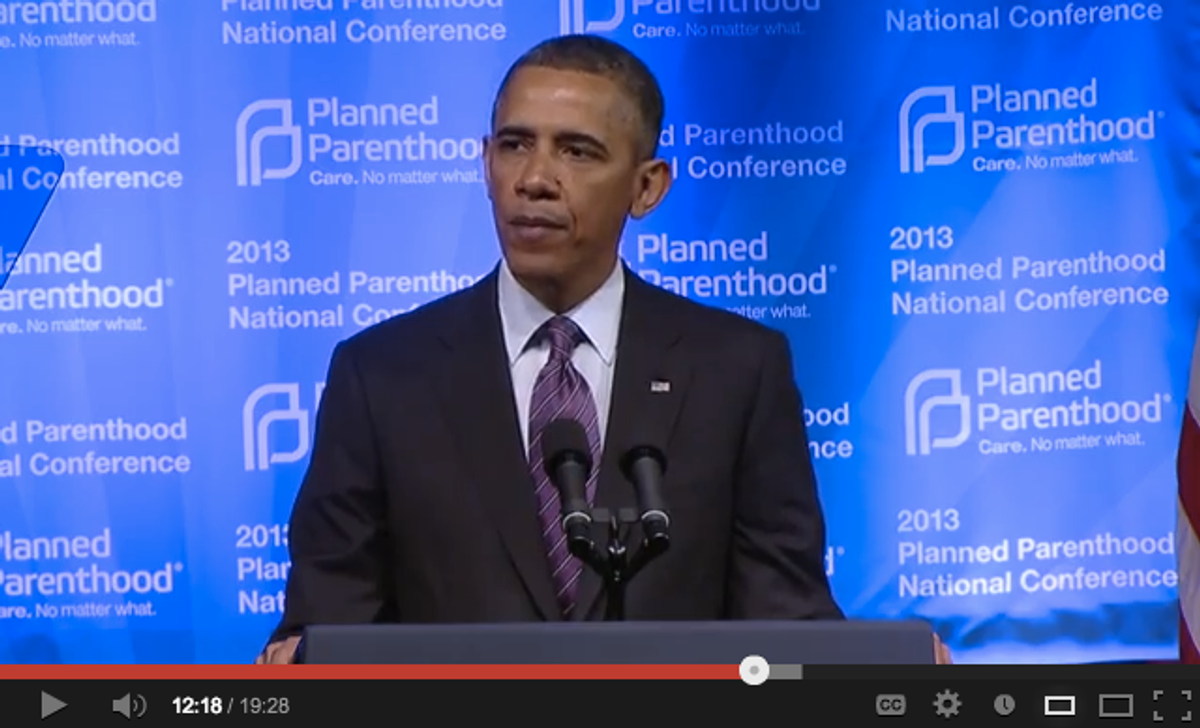 President Obama addressed more than a thousand Planned Parenthood supporters at the organization's national conference on Friday, becoming the first sitting president to do so.

After reaffirming his longstanding support of Planned Parenthood, the president denounced Republican efforts to turn the organization into a "punching bag" and undermine women's access to health and family planning services.

Addressing legislative efforts in North Dakota, Arkansas, Kansas, Mississippi (and nearly 40 other states) to restrict abortion access through TRAP laws and unconstitutional abortion bans, Obama said: "When it comes to a women's health, no politician should get to decide what's best for you. The only person who should get to make decisions about your health is you."

Despite his spirited defense of abortion rights, Obama did not use the word "abortion" once during his remarks. Instead, the president relied on phrases like "a woman's right to choose" to stand in. (Politically savvy? Kind of cowardly? I'd argue the latter, but talk amongst yourselves.)

You can watch his remarks below, or read the full transcript here.