Another show to watch on Sunday nights 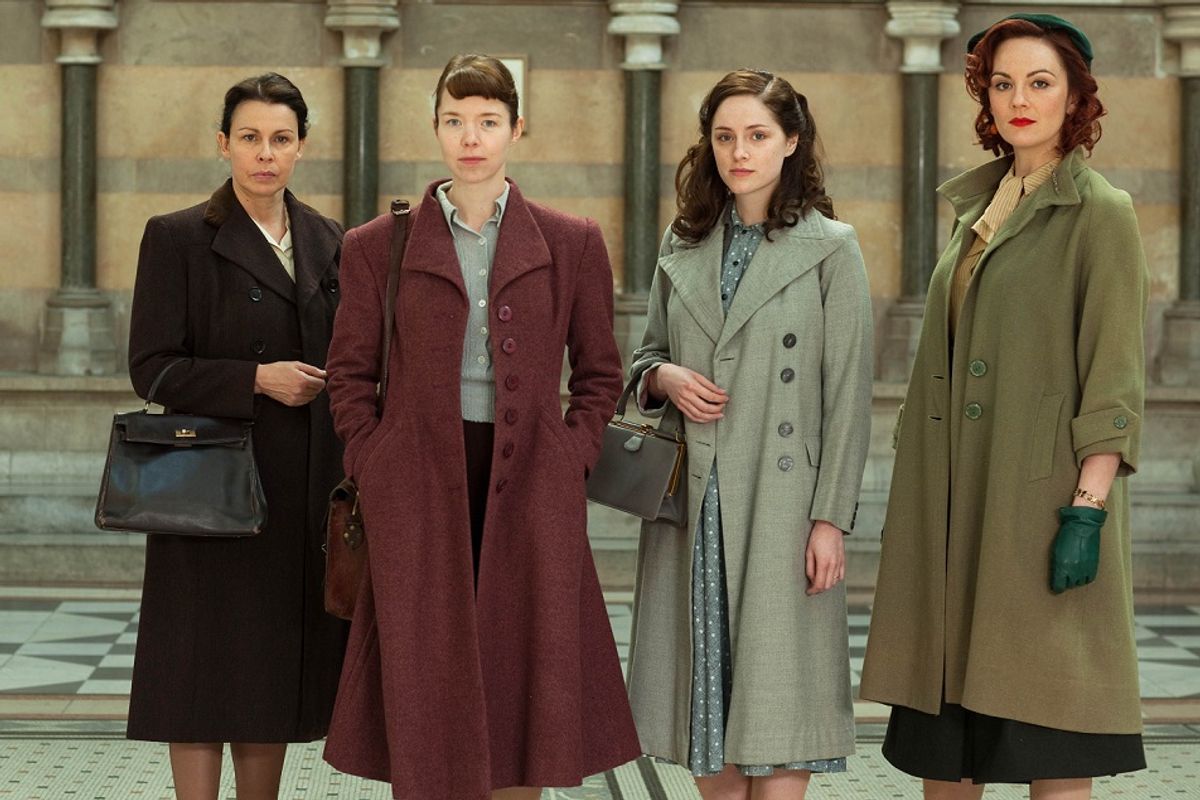 When it comes to TV, Sunday nights are already more overstuffed than a turducken. Between “Mad Men,” “Game of Thrones,” and “The Good Wife,” and with “Walking Dead,” “Breaking Bad” and “Downton Abbey” waiting in the wings, it’s a DVR's busiest night of the week. You can now add PBS’s “The Bletchley Circle” to the list of worthwhile Sunday night programming, though this at least is one you can record to watch on some non-Sunday — no one is going to spoil it on Twitter — or track down after Don Draper has slunk his mopey, existentially despairing self through the ninthcircle of hell and into “Mad Men’s” off-season hiatus.

“The Bletchley Circle” is a refreshingly brief — three episode — miniseries from ITV; more precisely, it is a feminist, period, murder mystery miniseries from ITV. The first episode, which aired last week, began during World War II at Bletchley Park, the center of British code-breaking, with four women cracking a code about German troop movements. The series picks up in 1952, with those women — and everyone else who worked at Bletchley Park —  having signed the Official Secrets Act, forbidding them from disclosing their work during the war, a return to normalcy that has left some of them unfulfilled.

The protagonist, Susan Grey (Anna Maxwell Martin, with bangs like a paintbrush)  is one such woman, a brilliant pattern detector turned mother and housewife, filling out crossword puzzles to get her intellectual fix, boiling meat for dinner — this is still a drab England of food rations and terrible cooking — her kind but oblivious husband clueless about her past or her capabilities.  Susan becomes obsessed with a string of serial murders in London — she has, of course, a conspiracy corkboard stowed behind a mirror — believing she can solve the case using the same code-breaking techniques she used at Bletchley. She brings her theories to the authorities, and when they don’t bear out, she is sent home and chastised by her husband for embarrassing him. She promptly goes to see her old Bletchley friends — the single woman who opted not to go back to an ordinary life, a young married with a photographic memory and an abusive husband, and the well-connected matron — and soon they are on the case.

The serial killer they are tracking ends up being, like the women tracking him, much more clever than he first appears. He is also, as is the nature of fictitious crimes stories, caught up in Bletchley Park and the hidden aspects of the British war effort. If the story gets convoluted and a bit metaphorically convenient, Susan’s stereotypically British upper lip — it could be made of steel — and her constant tamping down of emotion, her perpetual undersharing, the intimation that she's keeping secrets not only because of the law and her husband's expectations, but a strong streak of martyrdom, grounds the show.

I am admittedly a sucker for British period drama, but I am not typically a sucker for ones that don’t contain a love story. The only love story in“Bletchley Park” is one of friendship, between women who are undervalued, underrecognized and underutilized by everyone but each other. Still, ”Bletchley Park” is tough: Girl power only gets its heroines so far in the decades before “The Feminine Mystique." After they’ve cracked the case, Susan has to return to the mystery she can't quite solve, the pattern she can't resolve, of how to live a life unsatisfied.