Bad data, dodgy assumptions and a basic inability to use Microsoft Excel may have doomed the economic movement 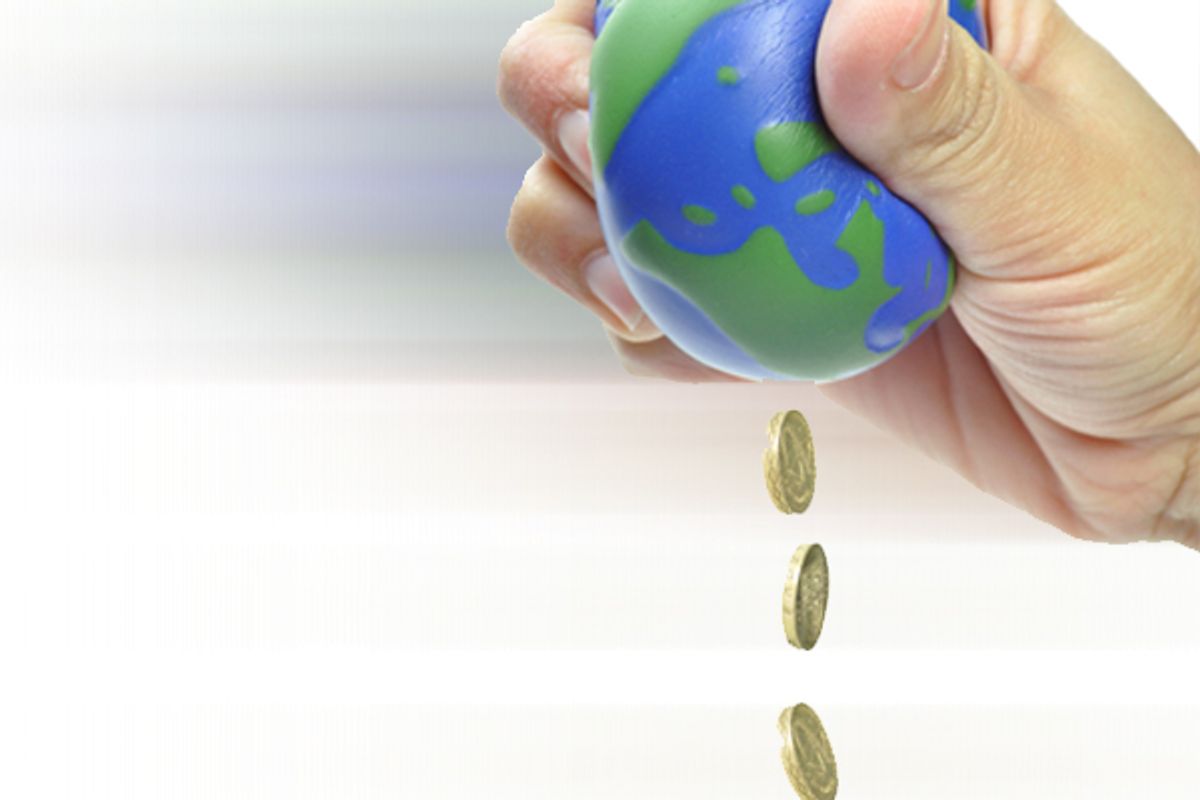 Austerity is collecting a lot of high-flying enemies these days. In the past month the manager of PIMCO, the largest bond-buying firm in the world, top figures at Blackrock, one of the most influential investment banks in the world, the President of the European Commission, Jose Manuel Barroso, and Martin Wolf, world-renowned finance commentator for the Financial Times, have all come out vigorously against austerity.

Meanwhile, a recent IMF report shows (again) in painstaking econometric detail that some of the most influential European research purporting to show the merits of “expansionary austerity,” and which showed up in ECB reports, basically cooked its books. Most embarrassing of all, a famous paper by Ken Rogoff and Carmen Reinhart, quoted by austerians as diverse as the EC’s Olli Rehn and the US’ Paul Ryan, has been shown to be based on bad data, dodgy assumptions, and a basic inability to use Microsoft Excel. Suddenly the sado-monetarists look less like a counter-revolutionary fiscal vanguard and more like petty crewmen busily rearranging their intellectual deck chairs while the rest run for the anti-austerity lifeboats.

For anyone who wants to know the origins and intellectual foundations of the wavering austerity crowd, Mark Blyth’s devastating new book, Austerity: History of a Dangerous Idea, is one-stop shopping. Unlike most previous critics, Blyth’s angle of attack is not rapier thrusts into the heart of this or that pro-austerity paper, it is an all-out, search-and-destroy mission against every argument these latter-day financial terrorists have mustered.

In quickfire succession, he first reminds us how the austerians radically misrepresent the past five years as a tale of public sector profligacy, rather than as a crisis originating in a private sector banking collapse. He then shows that the longer-term historical claim that deficit-spending just leads to hyperinflation and social instability is also bogus. Those chapters are worth it for the story he tells of Japan in the 1920s and 30s alone. The Japanese attempt to stay on the gold standard – austerity avant la lettre – led to an all out assassination campaign by the increasingly squeezed military against its own Central Bank and chief politicians. In this case, somewhat unintentionally, Blyth also reminds us that not all deficit-spending is created equal – fascist, military-Keynesianism is not exactly an attractive counter-ideal.

Finally, and most originally, Blyth excavates the historical origins of the “expansionary austerity” argument, which he discovers in two generations of postwar Italian “ordoliberals.” Ordoliberalism was originally a German theory of economic liberalism, which argued that markets are not self-regulating. A strong managerial state is required to create the institutional framework, maintain the competitiveness, and preserve the social order that capitalism requires, while never getting directly involved in directing investment and production.

In the hands first of Luigi Einaudi, Governor of the Bank of Italy and then President of the Italian Republic from 1948-1955, and then his disciples at the Bocconi School of Public Finance, most famously Alberto Alesina – currently Machiavelli to Mario Draghi’s Prince – ordoliberalism became an assault on the welfare state. Their argument for austerity, or “expansionary fiscal consolidation,” was a recent form of liberalism that reacted against the modern welfare state and that has attempted to replace it with a reorganized, more punitive, but just as strong and coercive modern state. Blyth, like others, makes short work of their arguments that you can cut your way to growth during a slump. But the deeper point is that the argument for fiscal consolidation was never just a value-neutral economic theory. It was a political project, springing from a particular vision of state authority, and one whose most important function is to reassure creditors that their claims will remain senior relative to those of, say, Latvian pensioners or American teachers. Bailout the banks, fine, but nobody else will be made whole.

If there is a lesson for the Left to draw from the book it is that it will no longer do simply to be anti-austerity. Austerity cannot go on forever, it is already failing economically, flagging politically, and Blyth’s book sounds its death knell. Of course, zombie economics and its theories can live a long afterlife, and it might seem premature to declare any kind of victory. But an anti-austerity position is increasingly becoming a mainstream position.

Bhaskar Sunkara’s recent suggestion that a reorganized Left can start with a strong anti-austerity program is an opportunity to clarify just how it differs from PIMCO and Barroso. Blyth’s book reminds us of at least a few points of entry for Left thinking. For one, the left-Keynesian argument is largely a story about a crisis in financial markets and the collapse of the Great Moderation. The appropriate response is seen to be a form of crisis-management – state spending to fill the gaps left by a balance-sheet recession, and a central bank policy of financial repression and monetary easing to inflate away all the bad debt. At some point, “things will get back to normal.”

But the singular focus on financial crisis does not adequately explain why there was so much “bubbliness” in the economy in the first place, why there was so much savings sloshing around in financial markets and could find no other sources of profit than currency, bond, and real estate speculation. In the mainstream literature, this is sometimes called the global savings glut. If there is a structural problem in capitalism as whole, which was concentrated and exacerbated by the growth of a shadow-banking system, complex interconnections of financial capital, and an intercontinental asset bubble, then crisis-management won’t bring us back to normal. It will create a new normal of very limited desirability.

Finally, it’s worth noting that the Keynesian approach is about one set of liberals saving capitalism from the pseudo-Leninist, things-must-get-worse-before-they-get-better, ordoliberals. Not only is it less well suited to deal with the underlying problem of structural reform, but it is not a fundamental challenge to control over production and investment. Here too, a left-wing anti-austerity project should have something different to say, but it hasn’t quite said it yet. Of course, these days, just arguing for full employment sounds radical, practically utopian.

But whatever mixture of reform and transformation the Left ultimately comes up with, the terrain of the ideological struggle is shifting. It is moving from pro- and anti-austerity to control over the terms of anti-austerity itself.