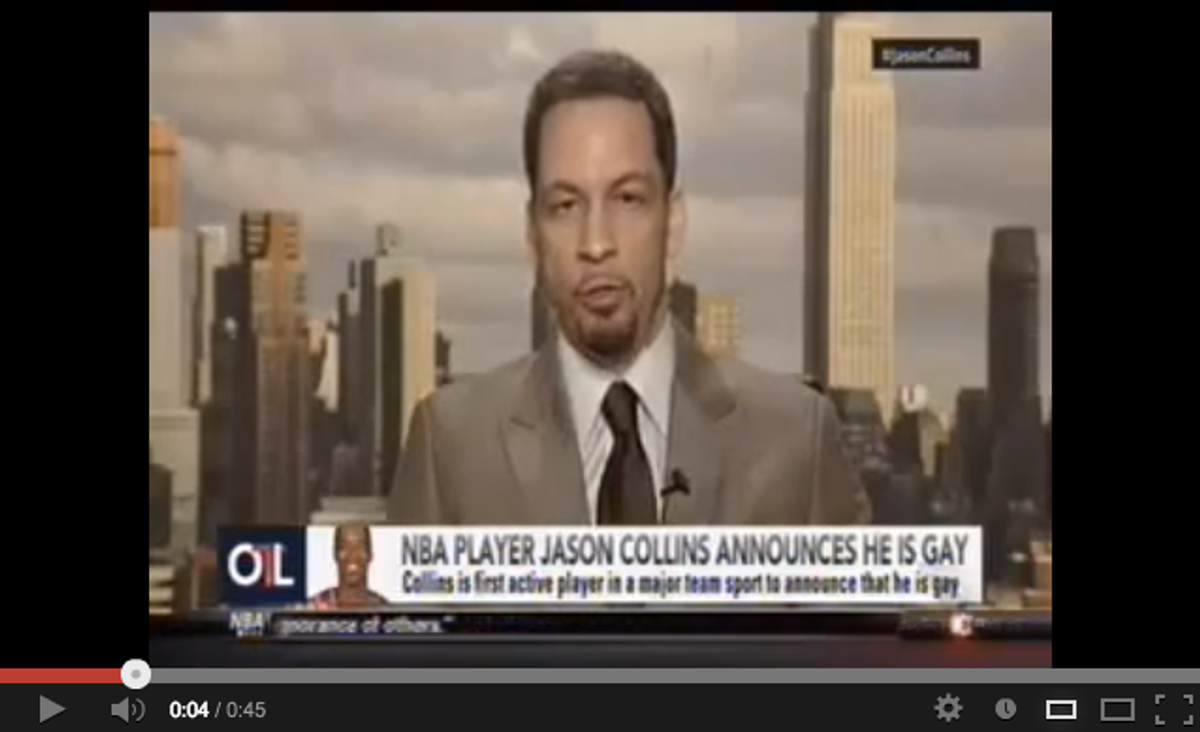 During a Monday segment on ESPN's "Outside the Lines," sportswriter Chris Broussard denounced Jason Collins, the first openly gay male athlete in the history of major team sports, for "living in unrepentant sin."

Broussard went on to accuse Collins of not being Christian and "walking in open rebellion to God":

Personally, I don’t believe that you can live an openly homosexual lifestyle or an openly, like premarital sex between heterosexuals. If you’re openly living that type of lifestyle, then the Bible says you know them by their fruits. It says that, you know, that’s a sin. If you’re openly living in unrepentant sin, whatever it may be, not just homosexuality, whatever it maybe, I believe that’s walking in open rebellion to God and to Jesus Christ. So I would not characterize that person as a Christian because I don’t think the bible would characterize them as a Christian.

Broussard's remarks, while hateful, are no great surprise. In 2009, the ESPN sportswriter penned an editorial arguing that the NBA was "ready for an openly gay player," with a few heavy caveats. By "ready," Broussard went on to clarify, he meant that "players will tolerate a homosexual teammate or opponent" even if the openly gay player gets "called names by opponents on the court" or receives harassment from teammates who "chuckle behind his back."

You can read Broussard's totally-not-homophobic 2009 editorial here, and watch his Monday comments below: