Sexism isn't the problem at the online encyclopedia. The real corruption is the lust for revenge 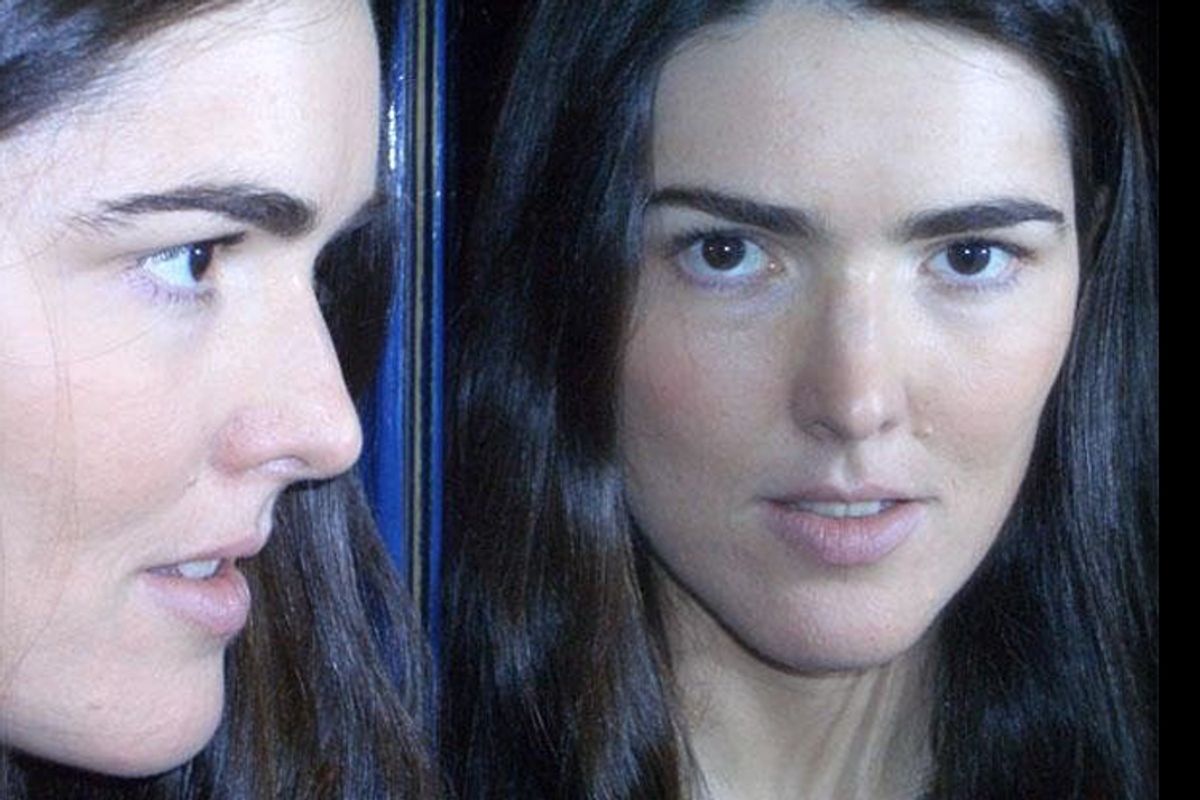 Is Wikipedia sexist? Or is it merely an unreliable mess of angry, ax-wielding psychos engaged in agenda-driven editing? Or is it something much more complicated than that?

Last Wednesday, novelist Amanda Filipacchi published an Op-Ed in the New York Times recounting her discovery that Wikipedia editors were culling women authors from Wikipedia's list of "American Novelists" and relegating them into their own subcategory: "American Women Novelists."

"The intention appears to be to create a list of 'American Novelists' on Wikipedia that is made up almost entirely of men," she wrote, noting that there was no "American Men Novelists" subcategory. (Although, amusingly, just such a category was created shortly after the Op-Ed appeared.)

In the furor that erupted on Wikipedia in response to Filipacchi's article, it was quickly determined that the bad behavior she noticed appeared to be the work of a single misguided Wikipedia editor. One could argue that, if true, this made the Times' headline "Wikipedia's Sexism Toward Female Novelists" unfair and inaccurate. All of Wikipedia was being tarred by the unthinking stupidity of one bad editor.

But then things got a lot worse. In a follow-up Op-Ed published on Sunday, Filipacchi recounted the all-too-predictable reaction from aggrieved Wikipedia editors.

As soon as the Op-Ed article appeared, unhappy Wikipedia editors pounced on my Wikipedia page and started making alterations to it, erasing as much as they possibly could without (I assume) technically breaking the rules. They removed the links to outside sources, like interviews of me and reviews of my novels. Not surprisingly, they also removed the link to the Op-Ed article. At the same time, they put up a banner at the top of my page saying the page needed “additional citations for verifications.” Too bad they’d just taken out the useful sources.

Welcome to the age of "revenge editing." The edits didn't stop at Filipacchi's page. Edits were also made to pages about her novels, stripping content from them on the grounds that they were overly self-promotional (a big Wikipedia no-no.) One editor, as recently as Monday morning, even started editing the pages devoted to Filpacchi's parents, and slashed huge swaths from a page about the media conglomerate Hachette-Filipacchi, whose chairman emeritus happens to be Filipacchi's father, Daniel Filipacchi.

As is usually the case with Wikipedia, high-profile "revenge editing" clearly motivated by animus tends to draw a lot of attention. A frequent result: ludicrous "edit wars" in which successive revisions are undone in rapid succession.  Eventually, someone higher up in the chain of hierarchy steps in and freezes a page in which an edit war is occurring, or some measure of consensus is reached after a lot of shouting. Indeed, hardcore Wikipedia advocates argue that no matter how dumb or ugly the original bad edit or mistake might have been, the process, carried out in the open for all to see, generally results, in the long run, in something more closely resembling truth than what we might see in more mainstream approaches to knowledge assembly.

Wikipedia's saving grace is that all the edit wars -- all the ugly evidence of "revenge editing" -- is preserved for eternity for anyone curious enough to investigate in the "talk pages" that reveal precisely how Wikipedia's knowledge is constructed. A review of the talk pages associated with the various Filipacchi-related Wikipedia pages edited after the Op-Ed's publication reveals the vast majority of the anti-Filipacchi edits to have been made by just one person, a Wikipedia editor who goes by the user-name "Qworty."

Here are some excerpts from "Qworty's" talk page postings in the last few days.

From the talk page for Amanda Filipacchi:

Oh, by all means, let's be intimidated by the Holy New York Times. Because when the New York Times tells you to shut up, you have to shut up. Because that's the way "freedom" works, and the NYT is all about promoting freedom all over the world, which is why they employed Judith Miller. Meanwhile, there were no fewer than FOUR Filipacchi articles on Wikipedia that were little more than blatant WP:PROMO.AND she's using this scandal in order to promote and revive her writing career, since she hasn't been able to publish a book in eight years. Mmmmmm-hmmmmm. But you needn't worry about me, no sirree. I will certainly do as the Holy New York Times says and shut up now. Just as I and millions of others obediently shut up when they were spreading their lies about Saddam having WMD. Because the Holy New York Times never makes mistakes, don't you know. The fact is that there was never a sexist conspiracy against women writers on WP--it was the misguided categorization work of a SINGLE user, as has now been shown. Would the Holy New York Times care to print TWO retractions? No, of course not. The NYT never lies, is never wrong, and their shit smells and tastes like ice cream, and we must all eat it with a smile.

The bloody p.o.s. New York Times supposedly employs fact checkers, but they have allowed this incompetent woman to libel Wikipedia not once, but two times. They owe Wikipedia two separate retractions. They have no journalistic integrity whatsofuckingever. They are nothing better than a blog, a barrel full of dog feces offered to the world as the "truth." There is one thing you are wrong about, however. This incident is never going to be forgotten. Not by anyone involved in it. Retribution will be taken five, ten, fifteen, twenty years from now. That's just the way people seem to be, unfortunately. It is the way these things work, and that's something about the world which many of us actively dislike, and are working hard to change. The documented fact is that this woman has sent thugs after certain Wikipedia editors. This is no slight affair, I am afraid.

The New York Times has a vested interest in trying to undermine Wikipedia. For one thing, the Times has only 600,000 digital subscribers, which makes it a piece-of-shit website in terms of numbers. On Sundays, its biggest day, the Times adds another 1.4 million readers in its paper edition, for a total of 2 million. Meanwhile, HUNDREDS OF MILLIONS OF PEOPLE are reading you and me on Wikipedia EVERY DAY. You can see why the Times feels it has a very very short and stubby and ugly little penis compared with us. This is the real reason why they want to run baseless articles slamming us. Because we are the future and they are already the distant past.

Wow! We've got Judith "weapons of mass destruction" Miller, penis comparisons, dog feces and accusations that Filipacchi "sent thugs" after Wikipedia editors, all popping up in the context of an apoplectic defense by one Wikipedia editor of actions that other Wikipedia editors labeled "revenge editing." There's a lot of anger here (not to mention an unhealthy fixation with excrement!). Call me persnickety, but reading Qworty's comments did not give me the greatest faith in Wikipedia's internal process for building an encyclopedia of human knowledge.

As of Monday morning, most of Qworty's most objectionable edits appear to have been reverted. It's true, when the world shines a harsh, scrutinizing light on Wikipedia, Wikipedia tends to respond reasonably well. Inch by inch, the project gets upgraded. But one has to wonder what is going on in regions that haven't attracted the attention of someone with the media pull necessary to land an Op-Ed in the New York Times. How many other passionate agendas are playing out in neighborhoods less traveled? There are a lot of very angry people on the Internet, and some of them are extraordinarily busy. The rest of us do not have the time to examine the talk page give-and-take for every Wikipedia article we want to consult.

Wikipedia is an incredibly useful project, and it should be applauded for making the details of how its sausage is made available to all. The construction of truth is always going to be a messy business, whether by the New York Times or Salon or the most decorated historian alive -- or a bunch of Wiki editors. But Wikipedia's openness hardly makes it perfect, or somehow, inherently better than the New York Times. Not when a look inside the machine gives us such clear glimpses of  rage and obsession.

What's Judy Miller got to do with whether Amanda Filipacchi is improperly using Wikipedia for self-promotion? Absolutely nothing. And what place does "revenge editing" have in the context of the quest to create the greatest repository of human knowledge ever put together? Zero.