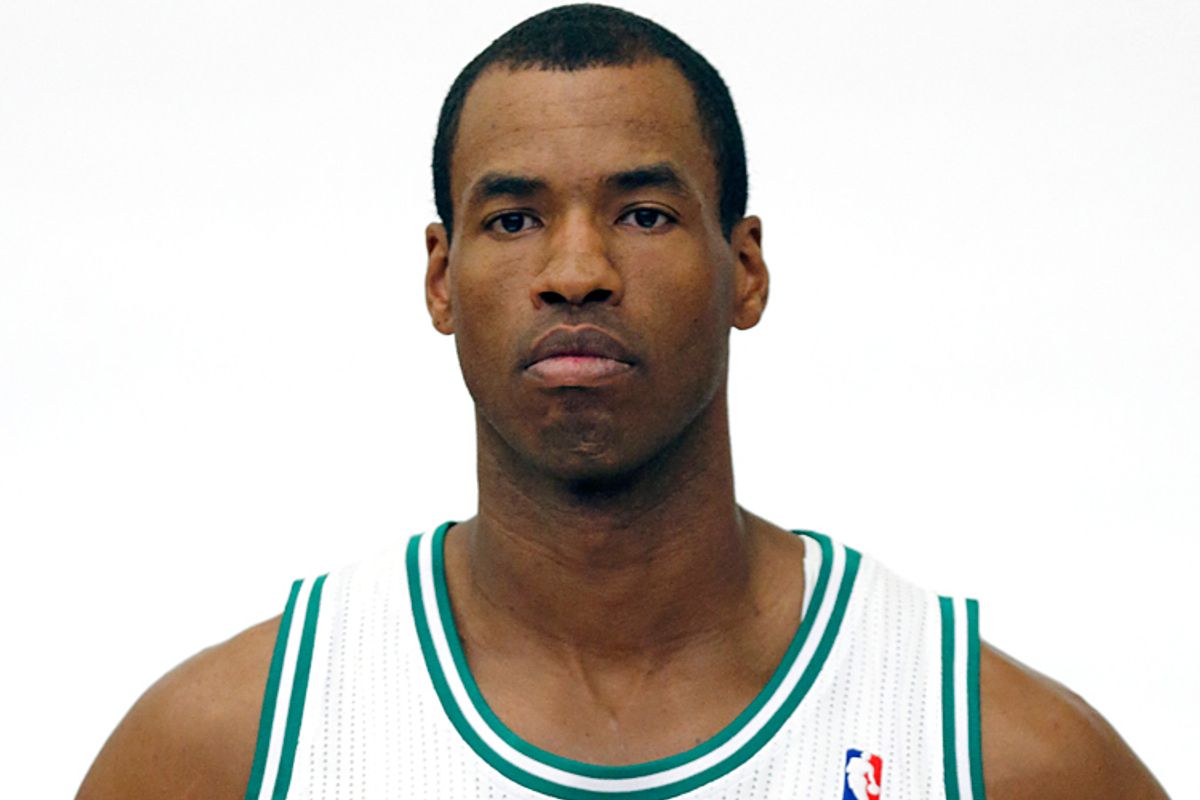 I’d never heard of Jason Collins when I saw a friend's Facebook status earlier today announcing the news that he was gay. (I prefer college basketball over the NBA.) As I googled his name to find out more, one thought kept running through my mind: "Please be black."

I wanted Jason Collins to be black, because I knew what it would mean to black gay youth in this country. I wanted him to be black because I’m hyper-aware that the list of influential LGBT celebrities like Rachel Maddow, Anderson Cooper and Neil Patrick Harris is very white. Most important, I wanted Jason Collins to be black because I know exactly what it's like to be a gay teenager with dark brown skin who comes out but cannot find anyone gay who looks like you on television. Or in magazines. Or on the news.  These days, when I lecture about LGBT issues on college campuses and various other events, people often tell me I’m the only black person they’ve ever seen speak out for gay rights. The pride I feel is mixed with uneasiness because I wish that weren't the case.

At 18 years old, I was that young black gay boy struggling with his sexuality.  I was treated with derision by the largely white clientele of the local gay bars in the mid-size Colorado city where I lived, and the only black gays I found on Internet searches were porn stars. In contrast, gay magazines and websites showed white men to be healthy, happy, functional and desired, but I could not find myself reflected back to me, and the experience created a feeling of isolation that took years to heal. Like every other gay man, I watched Showtime’s American version of "Queer as Folk" and looked to those handsome, upwardly mobile white guys to represent all that my bold new life was about.  Only once during the show’s triumphant run did I ever see a black face.  Of course, he was a well-endowed hookup for the show’s most promiscuous character.

Since then, images in the mainstream media have remained overwhelmingly white. Jodie Foster, Ellen DeGeneres, Kurt Hummel on “Glee,” the couple from “Modern Family.” Is it any wonder that there are still some segments of the black community that see being gay as a “white thing”? The mantle of black gay male is being carried by the hairstylists on “The Real Housewives” and the contestants on “RuPaul’s Drag Race.”

But we need role models like Jason Collins, because being black and gay is tricky business. Young black boys are told to “man up,” not to cry, not to show emotion, and not to feel anything at all for fear of being seen as “soft” -- and we all know what that means. The hyper-masculine ideals forced upon young black boys combine with the homophobia of the black church to create a perfect storm of shame and secrecy. I’ve heard a black pastor rail about the “punks and sissies” ruining the world, and God’s name was the first my mother invoked as she rebuked the frightened teenager trying to come out to her.

And so the color of the face attached to the cover story of Sports Illustrated -- and the photos that will be shown on ESPN and CNN and every major media news outlet in the world -- isn’t just important, it’s revolutionary. I would argue that Collins’ coming out will do more to advance the LGBT conversation within the black community than even President Obama’s embrace of gay marriage. Collins’ image shines a light on every single young gay kid who is fighting the stereotype that gay men are a seemingly endless parade of fashionable, articulate, upper-middle-class, slightly fey white males who have defined the idea of what being gay “looks” like in our culture for so long. Now, when an 18-year-old black boy is thinking about coming out and looking for someone in the popular culture who looks like him -- he’s certainly going to find him.

Jason Collins may not have been around when I was 18. But that doesn’t diminish the pride I feel as a 30-year-old man watching him come out now, and I can only imagine how many people who look just like us are feeling the same thing.

Rob Smith is a decorated Iraq war veteran, journalist, and the author of "Confessions of a 'Don't Ask, Don't Tell' Soldier: How a Black, Gay Man Survived the Infantry, Coming Out, and the War in Iraq," available now from Amazon and select retailers. He holds an M.S. in Journalism from Columbia University. Read more at robsmithonline.com.