Jason Collins has started to come under fire from gay critics who say he wasn't brave enough. Here's what they miss 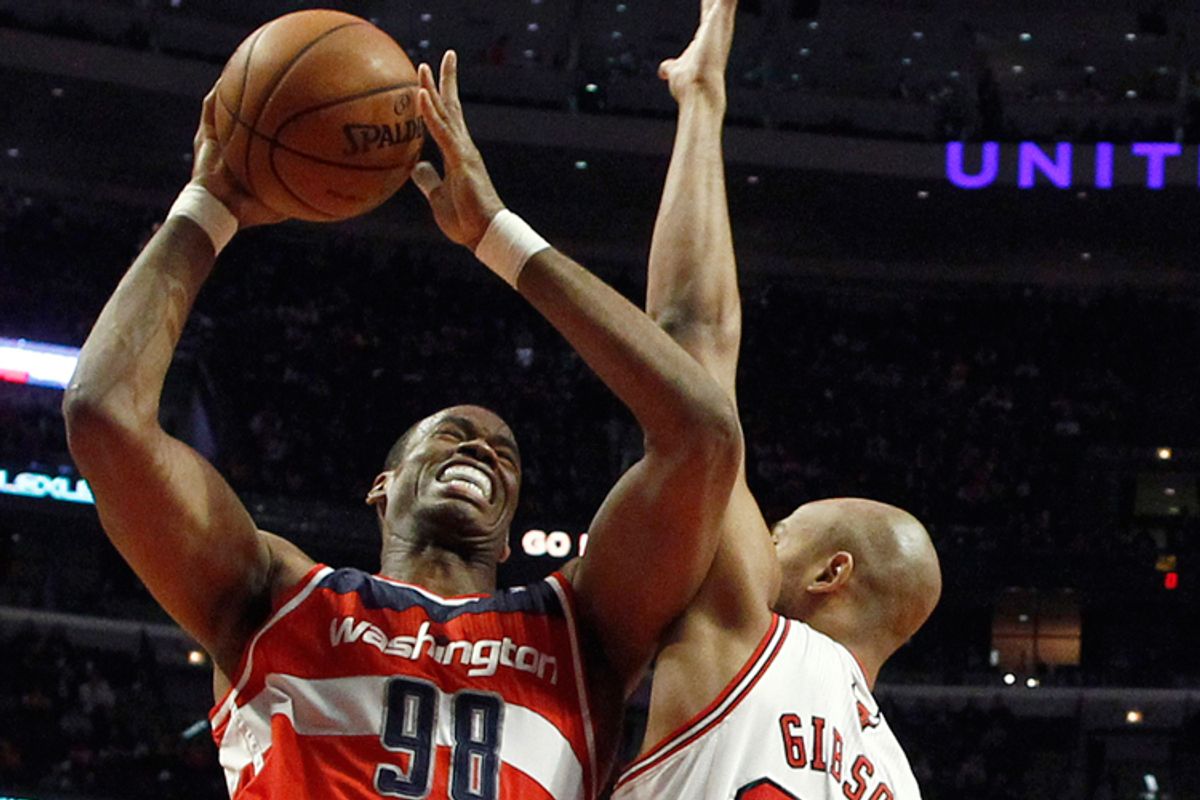 In the 25 or so hours since NBA center Jason Collins came out on the cover of Sports Illustrated, he's been praised by everyone from Los Angeles Lakers star Kobe Bryant to Presidents Bill Clinton (turns out Collins and Chelsea Clinton attended Stanford concurrently) and Barack Obama.

And yet there's an audience Collins may have to work to win over -- gay writers, who have been taking him to task since he came out.

Bloomberg View's Josh Barro, for instance, implies that Collins, who is in the twilight of his career at 34, has been dragging his feet and shirking "an obligation to lead" for years:

A main reason professional sports (especially male team sports) have remained a bastion of homophobia is that gay players have failed to show leadership by coming out and insisting on acceptance. By coming out, Collins is fulfilling an obligation to lead -- belatedly. [...] Did Collins have to wait until his career might be over? He’s a graduate of the Harvard-Westlake School in Los Angeles and Stanford University who has made more than $32 million during his NBA career.

Barro's piece is ultimately directed at closeted athletes, whoever they may be (the mainstream press, still, does not tend to print speculation along these lines), who are failing to come out, but its annoyance at Collins and at a culture that is treating Collins as a brave pathbreaker is clear: "Gay athletes will expose themselves to career risk by coming out. They ought to do it anyway because of the broader positive effects they can create."

This is hardly as scathing as the values-conservative response to Collins' coming-out, as evidenced by ESPN's weird debate on sodomy or the mini-meme that the outspoken Christian quarterback Tim Tebow, let go yesterday from the New York Jets, was the real victim of persecution. But those same criticisms of Collins -- to say nothing of what are surely hundreds or thousands of cruel, nasty tweets from sports fans that are aggregated somewhere on the Web -- show why coming out years ago, at the top of his game, would truly have been a distraction for Collins. While one may wish that the first active NBA player was one with years of career longevity ahead of him, that same hypothetical young star would have had to endure the sort of criticism Collins is absorbing now.

Similarly, a post on Slate by the gay writer J. Bryan Lowder (who, in the interest of disclosure, was a college classmate of mine) strangely presumes that the entire gay community is behind Collins, even as it, paradoxically, critiques just about every element of his coming-out story. To wit:

"To start, Collins makes the classic maneuver of exempting himself from the dreaded gay 'LABEL' (I’m never sure what that means) and then spends multiple paragraphs telling us how butch and eager to foul he is. At this point, I’m waiting for it, and Collins delivers: 'I go against the gay stereotype, which is why I think a lot of players will be shocked: That guy is gay?'"

The mere fact that Collins "goes against the gay stereotype" means less that, as Lowder writes, he is denigrating "a whole swath of the community he now hopes to Pride-march with," and more that the stereotype is no longer meaningful. Collins is dismissing the stereotype and those who subscribe to it, not gay people. And his description of his exploits on court ("I set picks with my 7-foot, 255-pound body to get guys like Jason Kidd, John Wall and Paul Pierce open. I sacrifice myself for other players") is not, or not solely, in service of ensuring no one will think he's a swishy, queeny gay man. Citing his job description is explicitly a device to demonstrate his loyalty to his team, an impulse Collins had to overcome in order to make his sexuality, at least for a day in the news cycle, the story. He's not saying he agrees with the stereotype or even that it's rooted in reality.

There seems to be a hunger to make Collins into a Jackie Robinson figure -- a person who's at once an athletic superstar, changing perceptions of his community's capabilities, and a model gay man, changing perceptions of his community's role in society. (L.A. Dodgers manager Don Mattingly made the comparison explicit; a Dallas Morning News column tied Collins' announcement to the Robinson biopic "42.") And yet there are many differences -- primarily that a gay athlete is able to fly under the radar. Being gay is not visible, like being black was for Robinson in a segregated era. While Robinson had been the victim of prejudice his entire life and thus knew what to expect joining a white team and had a basis for understanding how his actions affected others, Collins has been in the closet on behalf of a personal ideal of team unity for more than a decade of professional sports and his professional circle is composed entirely of avowedly straight men. Is it any wonder that, unaware of how a gay man is treated in the world, Collins hesitated? Is it shocking that Collins' words about the gay stereotype to which he doesn't cohere read as less than utterly enlightened?

Not for nothing is Collins' announcement getting far more attention than women sports superstars' coming out in the past -- men's sports strongly reinforce traditional gender roles, while female athletes don't cohere with a willowy, defenseless gender ideal. And being a gay athlete is nothing like being a gay actor or politician or any other sort of public figure we've had. Collins' denying that he coheres with a stereotype -- one he doesn't endorse -- is an imperfect way to deal with a coming-out far more fraught than, say, Neil Patrick Harris'. Anderson Cooper and Lance Bass weren't held up as paragons of masculinity the way any NBA star is. The great takeaway from Collins' coming out is not that the man himself, while having been publicly out of the closet for zero days of his life, spoke insensitively about the sort of gay man that he is not, or that he hadn't been a role model in the past. The takeaway is that his coming-out, which represents a single person's best effort, is the most pro-gay thing he could have done.