According to court documents, three friends of Dzhokhar Tsarnaev have been charged in connection with the case 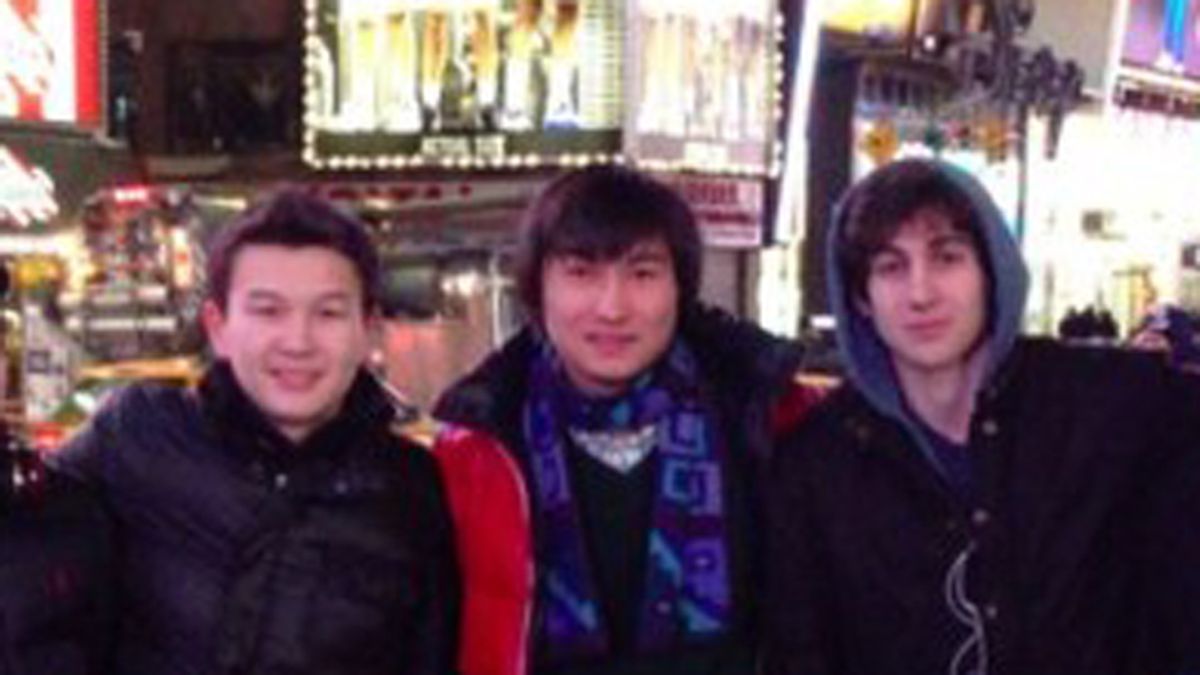 All three suspects have been charged, according to Federal court documents.

The first two suspects, Dias Kadyrbayev and Azamat Tazhayakov, have been charged with conspiracy to obstruct justice for "destroying, concealing, and covering up objects" belonging to Dzhokhar Tsarnaev. The full complaint can be read here.

The third suspect, Robel Phillipos, was charged with making false statements in a terrorism investigation. The full complaint can be read here.

NBC News' Pete Williams is reporting that the three suspects currently in custody have been under FBI surveillance for more than a week, and while "there was no indication they had any prior knowledge of the bombing" sources told NBC News that "the FBI had been investigating [the suspects] for about 10 days."

Two of the pals were detained April 20 on immigration charges and a third has now been taken into custody, sources said. They are expected to face obstruction of justice charges, the sources said.

More from NBC News' Pete Williams on the alleged role of the three suspects, as well as rumors about what they are being charged with:

"Now, no one is saying at this point that they have knowledge of the bombing in advance. That's been the big question. We'll probably learn more about the answer to that question later today when these charges are made public."

CNN is reporting more from an alleged Department of Homeland security source:

A Department of Homeland security source with first-hand knowledge of the investigation, said two of them are students from New Bedford, Massachusetts. They have been arrested on charges of making false statements to investigators and conspiracy to obstruct justice.

A third student had been arrested who is a U.S. citizen, the source said.

NBC News' Pete Williams is reporting that the arrests are related to actions after the bombing, possibly roommates of Boston Marathon bombing suspect Dzhokhar Tsarnaev's at UMass Dartmouth.

Sources told NBC News the three are college students who are suspected of removing items from the dorm room of Dzokhar Tsarnaev, 19, who is charged with placing a bomb at the finish line of the April 15 race.

It was unclear if the persons in custody had any knowledge or involvement in the bombing or its aftermath.

The Boston Police have announced that there is no threat to the public:

Please be advidsed that there is not threat to public safety. Three additional suspects have been taken into custody in connection to the attack on the Boston Marathon. Aside from the aforementioned, there is no additional info to release at this time. Additional details will be provided when they become available. No info available at this time relative to a press conference.

The Boston Police Department is reporting they have taken three additional suspects into custody in the Boston Marathon bombing case. More information to come as the story develops.

More from the Boston Globe:

Three college students have been arrested in connection with the Boston Marathon bombings, a Boston police source said this morning.

The source said the three had been arrested by federal authorities.