Two college students have been charged with conspiring to obstruct justice, a third with lying to investigators 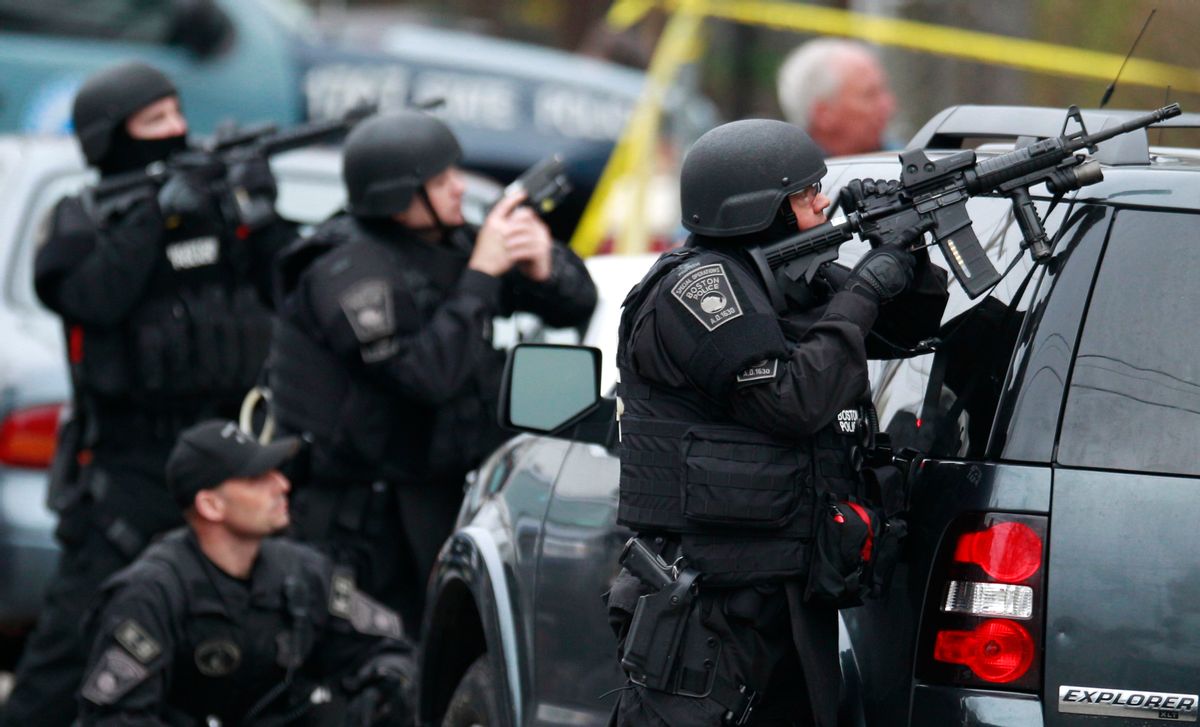 BOSTON (AP) — Three college friends of Boston Marathon bombing suspect Dzhokhar Tsarnaev were arrested and accused Wednesday of removing a backpack containing fireworks emptied of gunpowder from Tsarnaev's dorm room three days after the attack to try to keep him from getting into trouble.

Azamat Tazhayakov and Dias Kadyrbayev were charged with conspiring to obstruct justice. A third man, Robel Phillipos, was charged with lying to investigators about the visit to Tsarnaev's room.

In court papers, the FBI said Tazhayakov and Kadyrbayev agreed to throw the backpack in the garbage — it was later found in a landfill by law enforcement officers — after concluding from news reports that Dzhokhar Tsarnaev was one of the bombers.

A court appearance for the three was scheduled for Wednesday afternoon. Their lawyers refused to comment ahead of the hearing.

Three people were killed and more than 260 injured on April 15 when two bombs exploded near the finish line. The suspect's brother, Tamerlan Tsarnaev, died after a gunfight with police days later. Dzhokhar Tsarnaev, a 19-year-old sophomore at the University of Massachusetts at Dartmouth, was captured and lies in a prison hospital.

Tazhayakov and Kadyrbayev, who are from Kazakhstan, have been held in jail for more than a week on allegations that they violated their student visas while attending UMass. All three men charged Wednesday began attending UMass with Tsarnaev at the same time in 2011, the according to the FBI.

The three were not accused of any direct involvement in the bombing itself. But in a footnote in the court papers outlining the charges, the FBI said that about a month before the bombing, Tsarnaev told Tazhayakov and Kadyrbayev that he knew how to make a bomb.

Authorities allege that on the night of April 18, after the FBI released photos of the bombing suspects and the three men suspected their friend was one of them, they went to Tsarnaev's dorm room. The men noticed a backpack containing fireworks, which had been opened and emptied of powder, the FBI said.

After the three men returned to Kadyrbayev's and Tazhayakov's apartment with the backpack and computer, they watched news reports featuring photographs of Tsarnaev.

The FBI affidavit said Kadyrbayev told authorities the three men then "collectively decided to throw the backpack and fireworks into the trash because they did not want Tsarnaev to get into trouble."

Kadyrbayev said he placed the backpack and fireworks along with trash from the apartment into a large trash bag and threw it into a garbage bin near the men's apartment.

Meanwhile, Tamerlan Tsarnaev's relatives will claim his body now that his wife has agreed to release it, an uncle said. The body of Tsarnaev, 26, has been at the medical examiner's office in Massachusetts since he died after a gunfight with authorities more than a week ago.

"Of course, family members will take possession of the body," uncle Ruslan Tsarni of Maryland said Tuesday night. "We'll do it. We will do it. A family is a family."