Ireland introduces proposal to clarify the legality of emergency abortions

The law would maintain current restrictions, but provide "clarity" on when emergency abortions are permissible 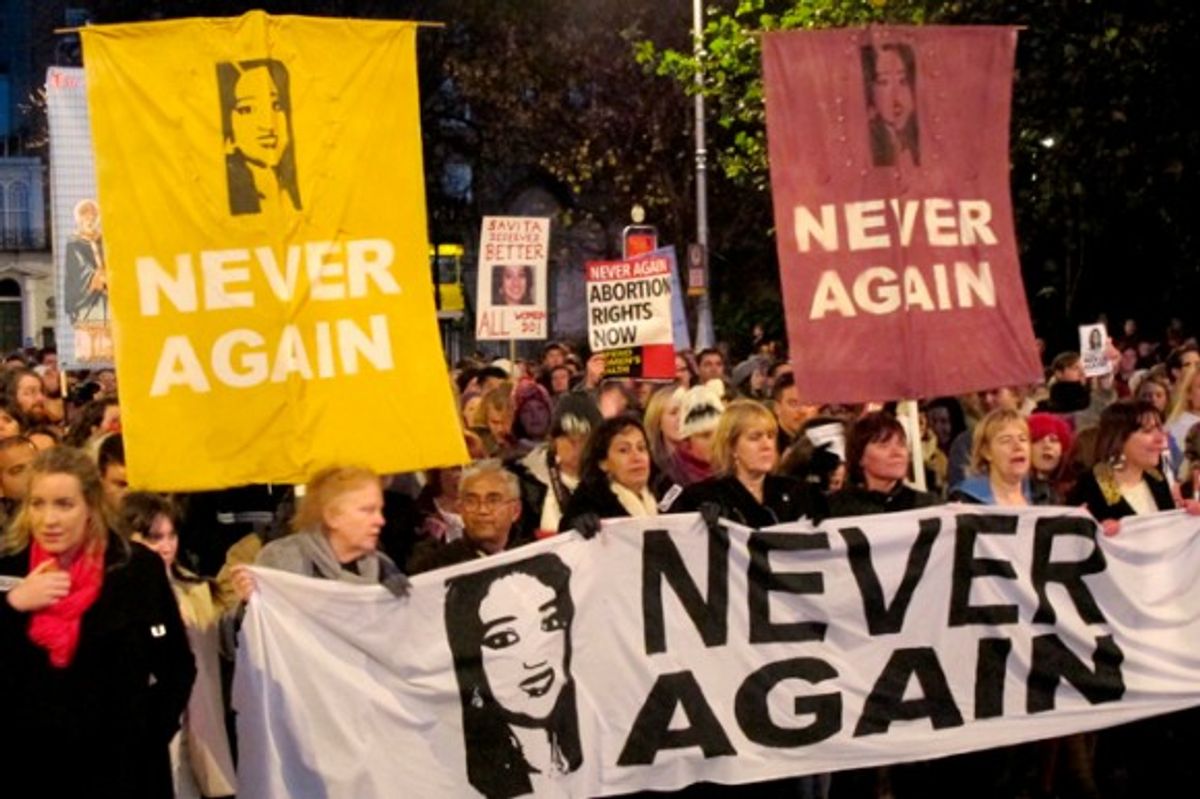 The tragic, preventable death of Savita Halappanavar in October 2012 stirred international outrage over Ireland's restrictive abortion law, and spurred the country to revisit its ban on the procedure in all cases except when a woman's life is in danger. On Wednesday, the Irish government released a proposal that would maintain the current ban on the procedure, but "clarify" when it is legally permissible to perform an emergency, lifesaving abortion.

According to the bill, abortions would be legally allowable when:

Two medical practitioners, have, in accordance with this head, jointly certified in good faith that there is a real and substantial risk of loss of the pregnant woman’s life other than by way of self-destruction and in their reasonable opinion this risk can be averted only by that medical procedure.

The measure also makes clear that an abortion may be performed in situations in which there is an "immediate risk of loss of the pregnant woman's life" and the procedure is deemed "immediately necessary."

These are small (infinitesimally small) gains. Ireland will continue to have one of the most restrictive abortion laws in Europe, vital reproductive care will remain dangerously inaccessible to most women, and the paltry legal exception for emergency abortion (which did nothing to save Savita Halappanavar) will remain unchallenged.

The proposal is something, but it's not enough, says Johanna Westeson, regional director for Europe at the Center for Reproductive Rights:

The Irish government has a fundamental responsibility to ensure every woman is guaranteed the right to make her own decisions about her reproductive health, her family, and her future, and while this bill is a step in the right direction, it is a small one. The Irish government could have taken this opportunity to expand women's access to safe abortion, and we are deeply disappointed that it appears they do not plan to do so.

As the proposed legislation will be debated in the Irish parliament, we urge Irish lawmakers to consider amendments that expand the right to abortion in Ireland. At the very least, the parliament should take seriously proposals to make abortion legal in the case of fatal fetal abnormalities and when the woman’s health is at risk.