Compulsive attempts to win an X-Box controller cost a New Hampshire dad all his money, but win him a giant banana 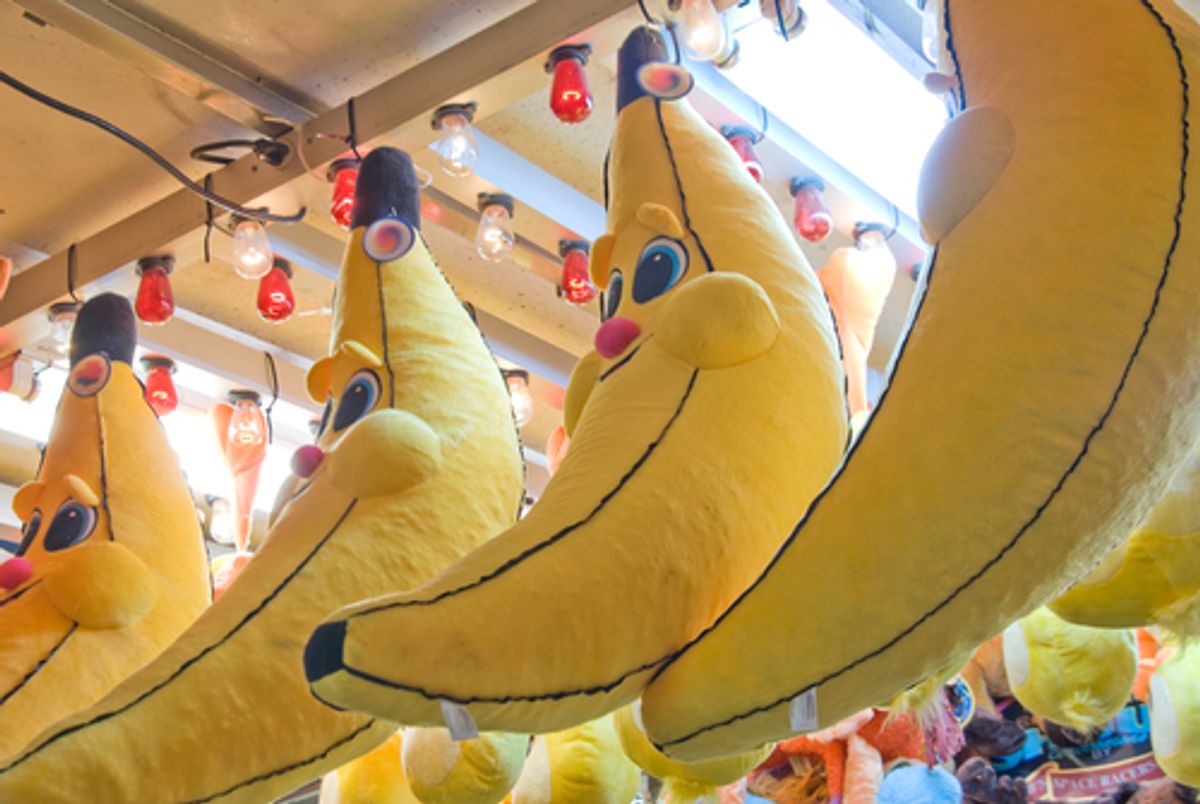 An innocent carnival arcade game turned into a vicious cycle for Henry Gribbohm of Epsom, New Hampshire, who spent his entire life savings, only to walk away with a giant banana. The 30-year-old father reportedly got "caught up" playing "Tubs of Fun" at a local carnival, which involves attempting to lob a ball into a plastic tub without it bouncing out. The prize was a motion-sensing video game controller, the XBox Kinect, which goes for about $96 online. After dropping $300 in just a few minutes, Gribbohm upped the ante, returning home to grab $2,300 more—all the money he had to his name. “You just get caught up in that whole 'I've got to win my money back,” said Gribbohm, who ultimately lost the game. However, he did return the the next day to plead his case, and the vendor agreed to give him back $600, along with a giant banana clad in a Rasta wig. John Flynn, Vice President of Fiesta, the company that manages the carnival, says it's “pretty next to impossible” to have lost that much money to a single game, but acknowledges that Tubs of Fun is hard to win. At Gribbolhm's request, the Manchester Police Department is investigating if any fraud was involved, and he's also considering a lawsuit. “For once in my life I happened to become that sucker,” says Gribbohm. “It was foolish for putting up my life savings.”