Secret to happiness: "I want this job for a week"

How can we be fulfilled at work? A British theorist argues that we should experiment, not specialize 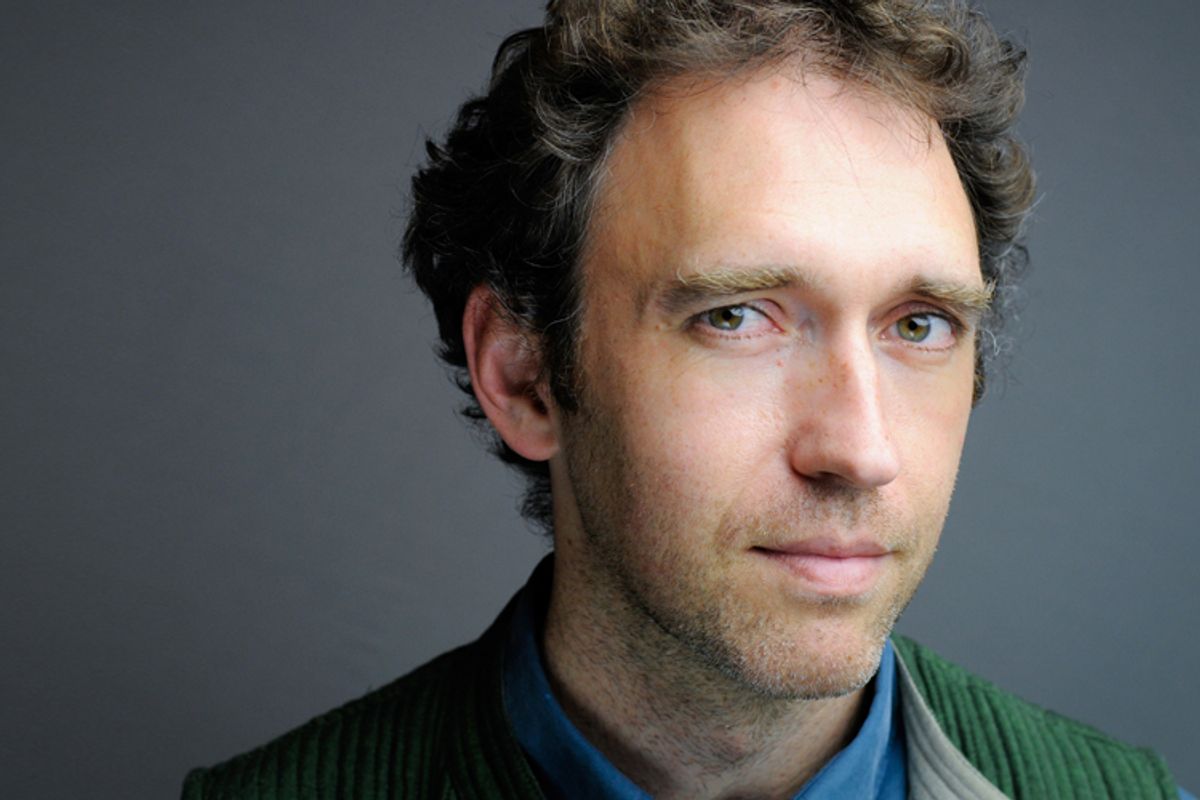 Looking for meaningful, fulfilling work? Good luck. With unemployment at 7.7 percent, anything that keeps us off the bread lines should be counted as a victory.

So it seems like an inopportune time to think about changing jobs, if you’re lucky enough to have one, or being very picky if you don’t. But Roman Krznaric, a British author, empathy theorist and “lifestyle philosopher,” thinks he has the solution.

Krznaric’s book “How to Find Fulfilling Work” is an entry in the School of Life, Alain de Botton’s series of self-help books for people who wouldn’t be caught dead in the self-help section. In it, Krznaric argues that the way we’ve been trained to find our life’s work is completely wrong. He takes issue in particular with the personality tests administered by career counselors to judge one’s strengths and interests. They’re complete bunk, Krznaric argues, pointing out that you’ve got a 50 percent chance of being placed in a different personality category if you retake the test.

Instead of pondering your ideal occupation long and hard, Krznaric says, just pick something. Nearly anything will do. “We need to act first and think afterwards,” he said. Once you’ve tried something, you’re in a much better position to decide whether you like it or not.

At its root, Krznaric wants to flip our idea of what success looks like. Instead of aspiring to become “high achievers,” he argues, many of us would be more happy as “wide achievers” -- dabbling in many fields rather than becoming an expert in one. And with the disappearance of stable jobs in almost every field, cultivating skills across a range of occupations could be a smart move.

According to Krznaric, the only career advice you really need comes from Aristotle: “Where the needs of the world and your talents cross, there lies your vocation.” Finding those talents -- well, that’s up to you.

We’re all told from a very early age that the way to be happy in life is to find one thing that you love to do, get very good at it, and do it the rest of your life. You disagree.

I would disagree with that. That’s the message we’ve been receiving for the last century, that the way to have a happy career is to become a specialist in a narrow field. That works for some people, and you don’t want to have heart surgery done by an amateur. But increasingly a higher proportion of people are feeling that plowing a relatively narrow furrow isn’t nurturing the many sides of who they are.

There’s never been a greater time to work flexibly -- to work from home, to work multiple jobs, to work part-time. But equally, at a time when there’s high levels of job insecurity, high levels of unemployment, spreading your risk across several careers is actually a really smart thing to do.

Career counselors are usually better at teaching you how to write a résumé than figuring out what to do with your life.

What’s bizarre is that if you actually talk to people who found fulfilling work, it’s almost never through a straight pathway of applying for jobs, filling out forms and so on. It’s through connections, conversations, experiments. The rational way of finding the right job just doesn’t bear fruit in reality.

So how do you find out what kind of job you’re suited for?

There’s a right way and a wrong way to do it. The wrong way to do it is to sit down with personality tests. Those kinds of tests are not a very good way of pointing you towards fulfilling work. If you retake the Myers-Briggs test within a five-week period, there’s a 50 percent chance you’ll be put into a different personality category, and therefore linked up to a different ideal job.

The reality is that we have to become experimental. We need to actually find out what works for us. Because you don’t really know until you do it.
I interviewed for my book a woman who was bored by the end of her 20s. She was in arts administration, she was incredibly miserable. She decided to give herself a really unusual 30th birthday present, which was to spend a whole year trying out 30 different jobs. She tried out being a manager of a cat hotel, she shadowed a member of Parliament, she tried out advertising. She found out she liked things she never really imagined that she’d like.

How do you pitch that in a job interview? “I want this job for a week.”

The reality is that you can’t go up to the employer and say, “Hey, I’m going to try you out for a week.” But what you can do is try out every contact you have to shadow or volunteer. Of course it’s not possible in every field. You’re not going to be able to try out being a dentist for a week. You need to get out there and talk to people who actually do these careers.

Isn’t that practical only for people who have a lot of money? Most people don’t have the freedom to volunteer for a year.

Many people don’t. Some are going to have to pursue the idea of a branching project -- you hold onto your existing job and do your experiments on the side.

For example, you might be a disgruntled investment banker or elementary teacher, so on the side you start teaching yoga or doing freelance Web design. And you start making these small steps, small experiments, until such time that you build up enough confidence to take the larger leap.

These experiments are really important on a psychological level, because one of the greatest barriers to career change is fear. Around 50 percent of people want to change their jobs, but around half of those people are too afraid to do so. We emphasize everything that could go wrong much more than all the things that could go right. If you do these branching projects, you start overcoming that fear of change.

Does any of this work in the real world? Employers seem to expect job applicants to express passion for even the most tedious, entry-level jobs.

You have to play that game in the interview saying, “I really want to be a data entry clerk.” The reality is, not everyone is going to have the freedom to find something that really embodies all of their passions or their talents. One option is to experiment with the idea of home working. There’s really good evidence that working from home both increases fulfillment and productivity.

Or, can you find a way of working fewer hours? This means weaning yourself off the work ethic. The trick here is to follow the advice of Henry David Thoreau. He said, “A man is rich in proportion to the number of things which he can afford to let alone. Thoreau’s message was what we need to do is to live more simply and more cheaply, reduce the cost of our everyday lifestyle so we don’t have to work as hard or as long. If we can wean ourselves off our high materialist lifestyles, we’ve got a chance of working less.

Besides workers’ taking the initiative to work less, is there a place for better labor regulations to protect people from their employers’ avarice?

One of the great restrictions of the modern workplace is the idea that you’re supposed to be at work between 8 and 5 or 9 and 6, yet your children probably finish school at 3 o’clock in the afternoon. There’s this disjunction between family life and the way the structures of everyday work function.

That’s exacerbated by the lack of paternity leave. In Norway there’s 46 weeks of parental leave which can be shared between both parents. There tends to be a more equal share between men and women of looking after the children. It allows women to keep up careers. I think it’s really important that we recognize there’s a need to shift those legal frameworks for parents.