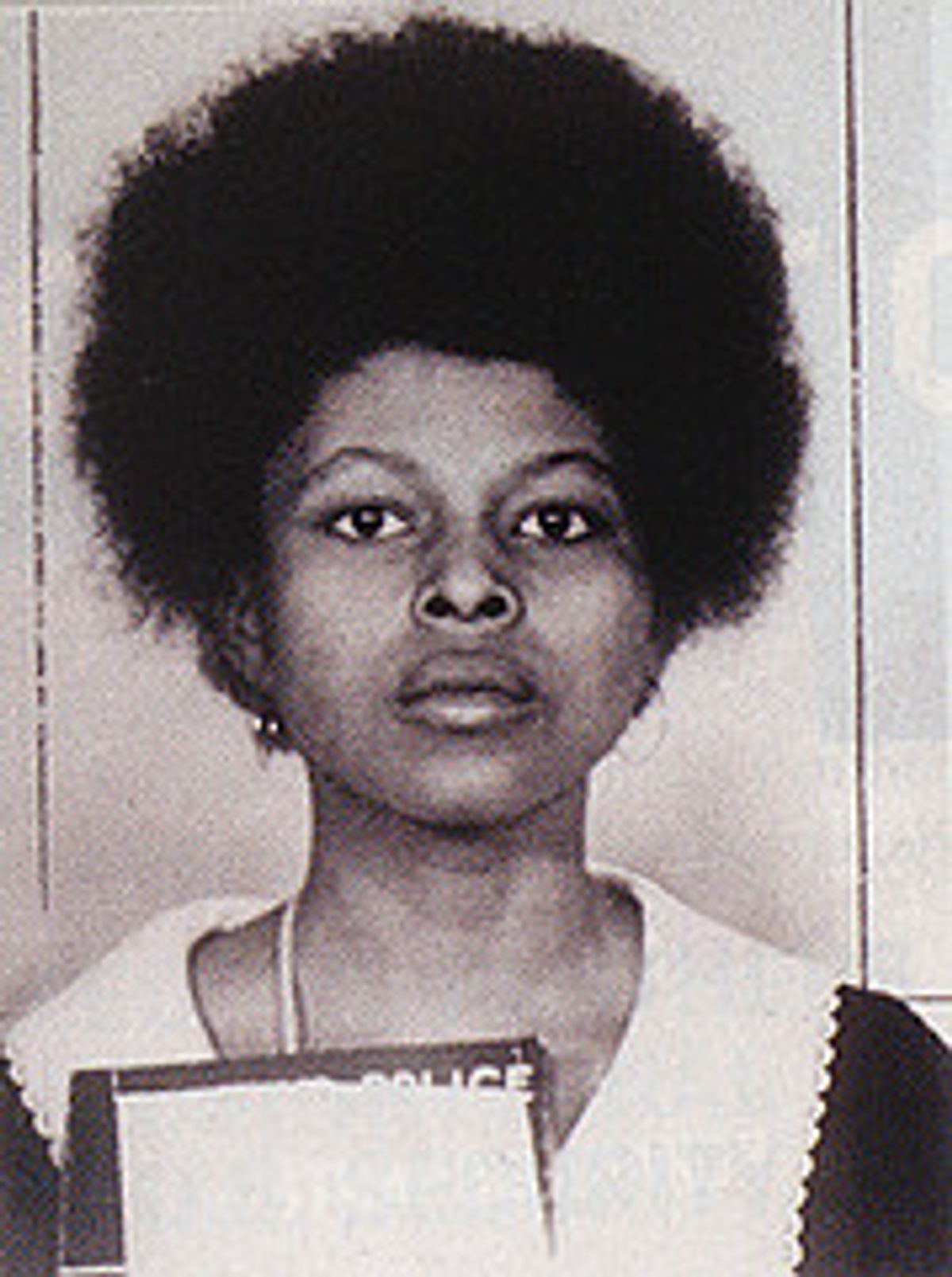 Forty years ago to the day, Assata Shakur (birth name JoAnne Deborah Chesimard) was involved in a shootout at the New Jersey Turnpike, which left a state trooper dead. Shakur, then a Black Liberation Army and Black Panther Party member, was convicted of his murder in 1973. In 1979, with the help of allies in the black radical movement, Shakur escaped from prison, eventually emerging in Cuba, where she has lived since 1984. As of Thursday --  the reward on her capture and return doubled to $2 million -- the 66-year-old fugitive was named the first woman on the FBI's most wanted terrorist list.

Shakur was herself wounded by police shots during the Jersey Turnpike shootout and one of her militant comrades was killed. Despite the case's verdict, many of Shakur's supporters -- and commentators rightly skeptical of the criminal justice system's treatment of black liberation activists at the time -- question Shakur's murder conviction. Deserving of further questioning: Why, after 40 years, is Shakur (whose chosen name means "she who struggles") worthy of a $2 million bounty and a spot among the FBI's most wanted?

James Braxton Peterson, Director of Africana Studies at Lehigh University, has argued that the continued interest in Shakur's capture reflects an evasion on the part of the U.S. government to truly come to terms with its racist recent past. "It is unlikely that our government will ever be able to come to terms with its own role in the violent racial conflicts of its immediate past, and thus unlikely that Assata will ever be able to live freely in her country of origin – these United States," he wrote. The point being that if Black Panthers continue to be framed as dangerous, violent terrorists, the government's role in the race war that birthed the panthers can be neatly tucked into history's unread footnotes.

And Shakur's is not the only case of ongoing federal punishment of former black panthers. Perhaps the most telling example of all is the treatment of the "Angola 3." As I noted earlier this year, former Black Panther Albert Woodfox, one of the “Angola 3,” has been in solitary confinement in Angola Prison for 40 years for the murder of a guard, despite the fact that evidence strongly suggests his innocence. Although a federal judge has overturned his conviction, Louisiana is likely to keep Woodfox locked up. He has been ordered free by a judge three times now, but remains behind bars. The only freed member of the three, Robert King, was released after 29 years in solitary confinement when his conviction was overturned in 2001.

It remains the case to this day, as Mother Jones has reported, that inmates found in possession of Black Panther-related literature or imagery can been placed in solitary confinement. The reasoning is murky and prison officials point to gang activity as impetus to isolate inmates in possession of these artifacts. Critics of the sprawling U.S. prison system, however, have long highlighted how prison authorities react with draconian force to the slightest whiff of political organizing within prison gates -- the sort of organizing for which panthers were famed. The possession of pictures of Assata Shakur has been used by prison authorities as evidence of gang involvement.

So while Assata Shakur -- who calls herself a "20th century escaped slave" -- may at first seem a surprising entry as the first female on the FBI's most wanted terrorist list, she remains a symbol of the sort of radicalism and fierce anti-prison, anti-government activism for which the U.S. will give no voice or freedom.